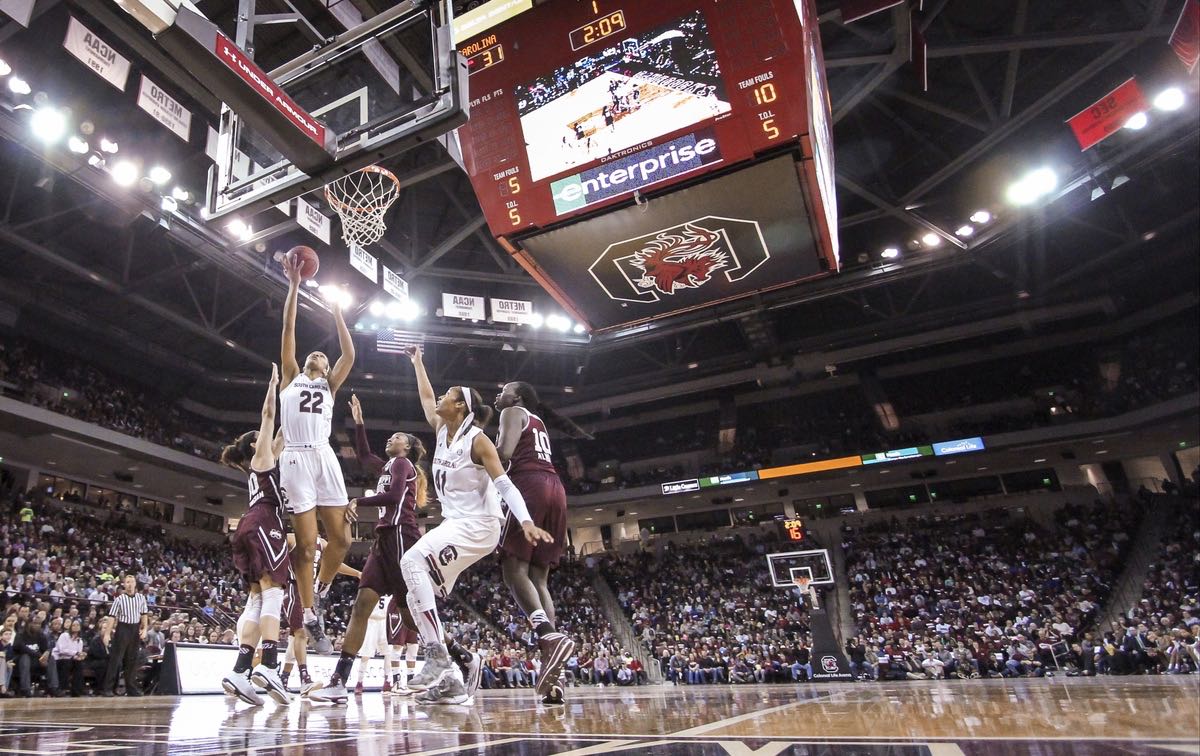 The University of South Carolina won the Certified SC Grown Palmetto Series for the second year in a row. The Palmetto Series is an annual points competition between the state’s flagship universities in head-to-head athletic events. Points were also awarded for highest team GPA and for a food drive tackling hunger in their communities.

Presented by the South Carolina Department of Agriculture (SCDA), the series fosters a fun competition between the historic rivals while connecting fans with farmers and to the food grown right here in South Carolina.

“South Carolina is home to championship level athletes and farmers, and SCDA is proud to be a part of this fierce, but friendly, rivalry that brings two great universities together to support our farmers,” Commissioner Hugh Weathers said. “We encourage fans to look for the Certified SC Grown label and continue to support both our farmers and this great competition.”

Points were awarded for the winner of each athletic contest between the two schools, including sports in which both teams competed as part of multiple-team tournaments. Points were also awarded for academics and the food drive benefitting Harvest Hope Food Bank and Golden Harvest Food Bank. This year, the academic point broke the tie between the two universities.

“Our student-athletes dedicate themselves to excellence academically and in competition. I am so proud of their accomplishments and the coaches and staff who help them succeed,” USC Athletics Director Ray Tanner said. “Thanks to the SCDA, who brought the in-state competition to life, one that stretches beyond the fields, but in the community and in the classroom.”

“Our student-athletes, coaches and staff all enjoy the Palmetto Series and appreciate the South Carolina Department of Agriculture for their support,” Clemson Director of Athletics Dan Radakovich said. “We look forward this competition continuing for years to come.”

The Gamecocks will celebrate the victory with a student-athlete back-to-school picnic on August 24. The Palmetto Series trophy will be presented to USC on September 16 during the first home game of the season.

Related Topics:Certified SC GrownClemson UniversityUniversity of South Carolina
Up Next