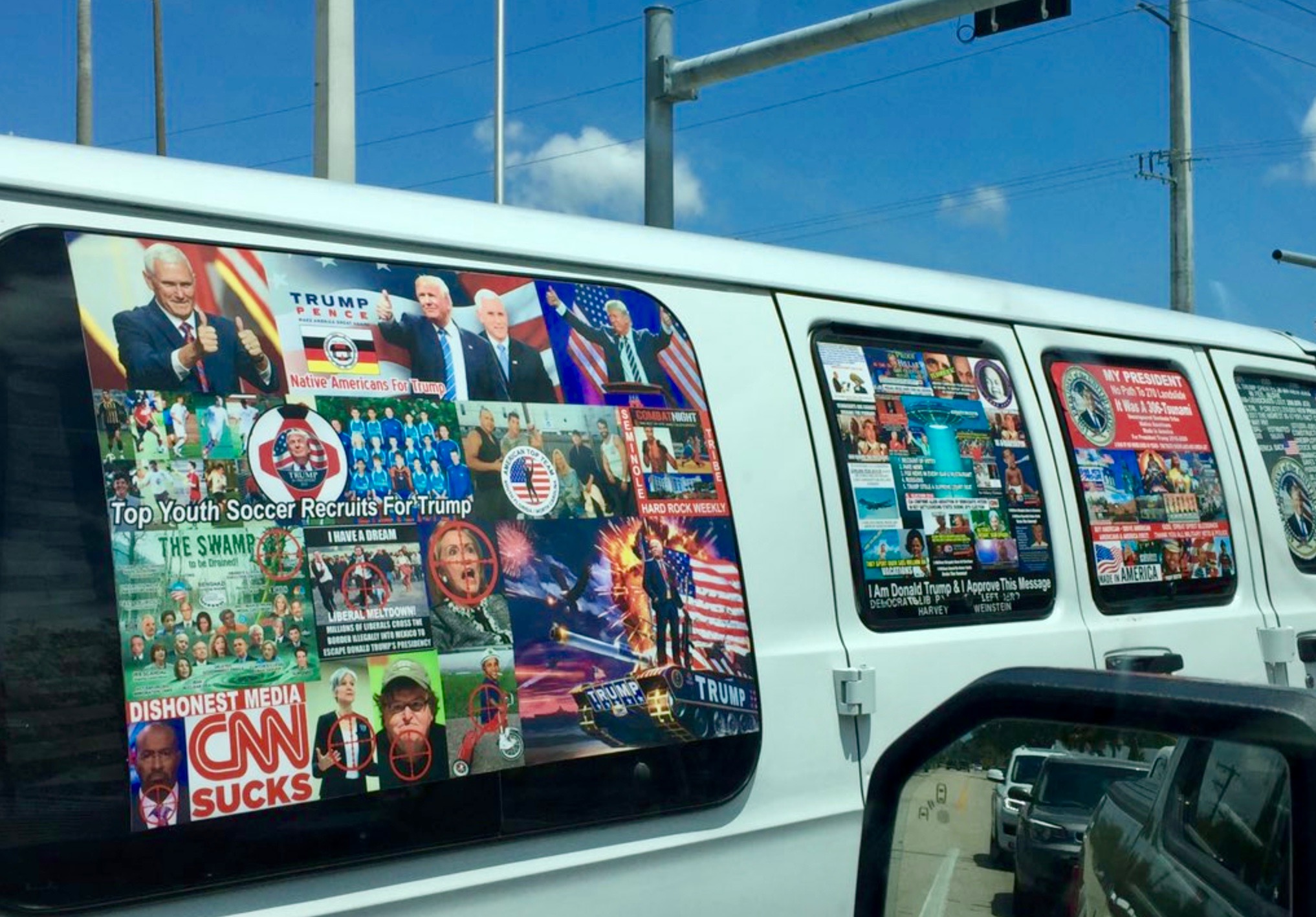 A 56-year-old Republican who attended rallies in support of U.S. president Donald Trump has been apprehended in connection with a spate of suspicious packages containing crude and, so far, ineffective pipe bombs targeting top liberal figures.

Are we surprised?  Yes.

This case had all the makings of a false flag (as we pointed out yesterday) but it appears as though the ideal narrative is emerging for the far left … at the most ideal time politically, we might add.

In other words, cue up those #MAGABomber hash tags, people … because that is exactly what we appear to have on our hands.

Numerous other “suspicious packages” have been popping up across the nation.  Thankfully, none of them have detonated – let alone reached their intended targets.  In fact, as news of Sayoc’s arrest broke in Florida authorities in California were reportedly investigating packages targeting U.S. senator Kamala Harris and billionaire impeachment activist Tom Steyer.  Like Booker, both Harris and Steyer are viewed as likely 2020 Democratic presidential contenders. 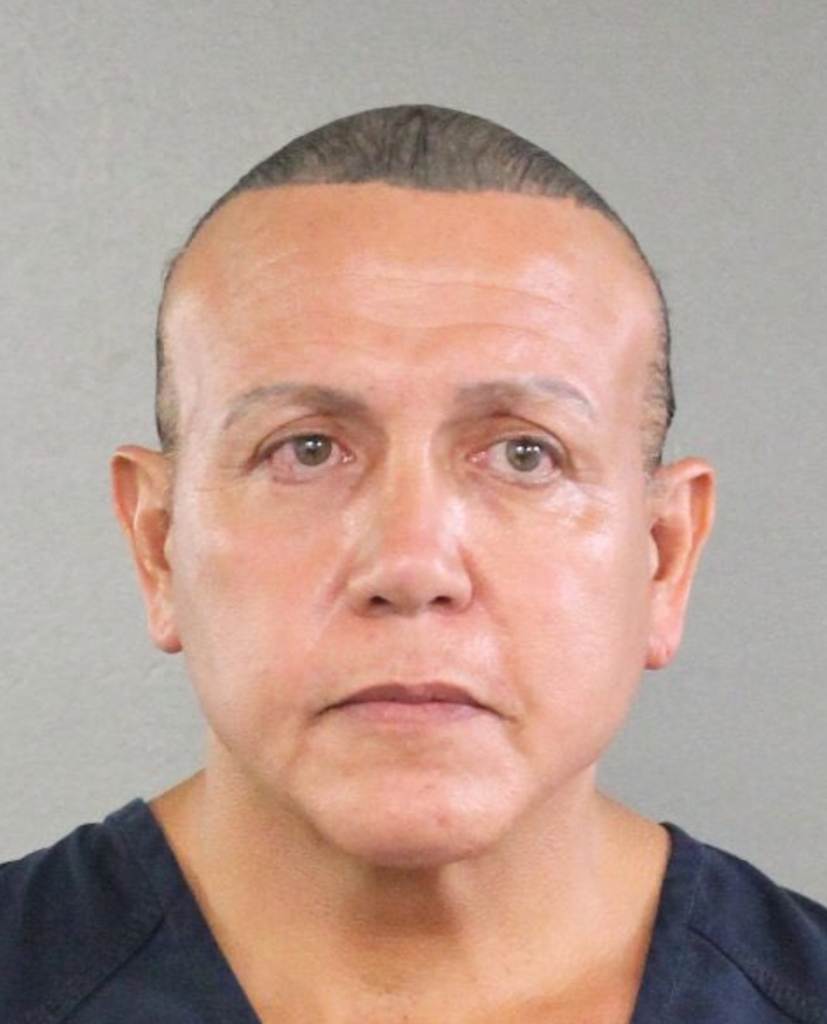 A native American and self-described “unconquered Seminole,” Sayoc was taken into custody near an AutoZone in Plantation, Florida – just north of Miami – at around 10:30 a.m. EDT.  The Federal Bureau of Investigation (FBI) – which reportedly relied on DNA evidence in tracking him – apparently used a diversionary “flash-bang” device during the apprehension.

The owner of a dry cleaning and catering business who reportedly dabbled in exotic dancing and bodybuilding, Sayoc reportedly has a lengthy criminal record as well as a history of threatening behavior on social media.  One of his alleged social media targets – cable news contributor Rochelle Ritchie – said Friday she warned Twitter of a death threat he made against her following her appearance on Fox News earlier this month.

One of Sayoc’s eight previous arrests involved a bomb threat against Florida Power and Light, a Sunshine State utility.  He has also been arrested in the past for shoplifting and vehicular theft.

Meanwhile, in what we suspect will become an iconic image, a white van purportedly belonging to Sayoc was plastered with images of Trump and the presidential seal – as well as pictures of numerous liberal figures with red target signs over their faces.

Liberals pounced on the arrest almost immediately, beginning what we suspect will be a sustained – and effective – campaign over the coming weeks aimed at tying Sayoc’s attempted terrorist acts with Trump’s brash brand of conservatism.

“This is just a lesion on the body, not the virus, and if we don’t stop this political mania, this fervor, rancor, hatred, you’ll see this again, and again, and again,” New York governor Andrew Cuomo said.

As for Trump, he praised law enforcement officials for their swift work in identifying Sayoc and taking him into custody.

“It’s a needle in a haystack,” Trump said.  “How do you do it so quickly. They’ve done an incredible job.”

Trump also reaffirmed his previous commitment to see Sayoc “prosecuted to the fullest extent of the law.”

“These terrorizing acts are despicable and have no place in our country,” Trump said.  “We must never allow political violence to take root in America, cannot let it happen, and I’m committed to doing everything in my power as president to stop it and to stop it now.”

As of this writing, Sayoc has been charged with at least five federal crimes including interstate transportation of an explosive, illegal mailing of an explosive, threats against former presidents, threatening interstate commerce, and assaulting current and former federal officers.  If convicted on this first round of charges (we suspect more charges are likely forthcoming), he faces up to 48 years behind bars.

“Let this be a lesson to anyone, regardless of their political beliefs, that we will bring the full force of law who attempts to use threats, intimidation and outright violence to further an agenda,” U.S. attorney general Jeff Sessions said.  “We will find you. We will prosecute you.”

Sayoc will be prosecuted by Geoffrey Berman, U.S. attorney for the southern district of New York.

At this early stage of the story, two thoughts …

First, as we often write in connection with arrests and indictments at any level, Sayoc should be considered innocent until proven guilty by our criminal justice system – or until such time as he may wish to issue a pleading in connection with the charges filed against him.  There appears to be a preponderance of evidence against him, but that disclaimer is important to remember.

Second (and more importantly), as we noted in our earlier coverage “no amount of cultural relativism can elevate politically motivated violence into some sort of heroic act.”  Violence and threats of violence have absolutely no place in the marketplace of ideas, and this news outlet condemns them categorically irrespective of their point of origin.

We are better than this as a country … hopefully.