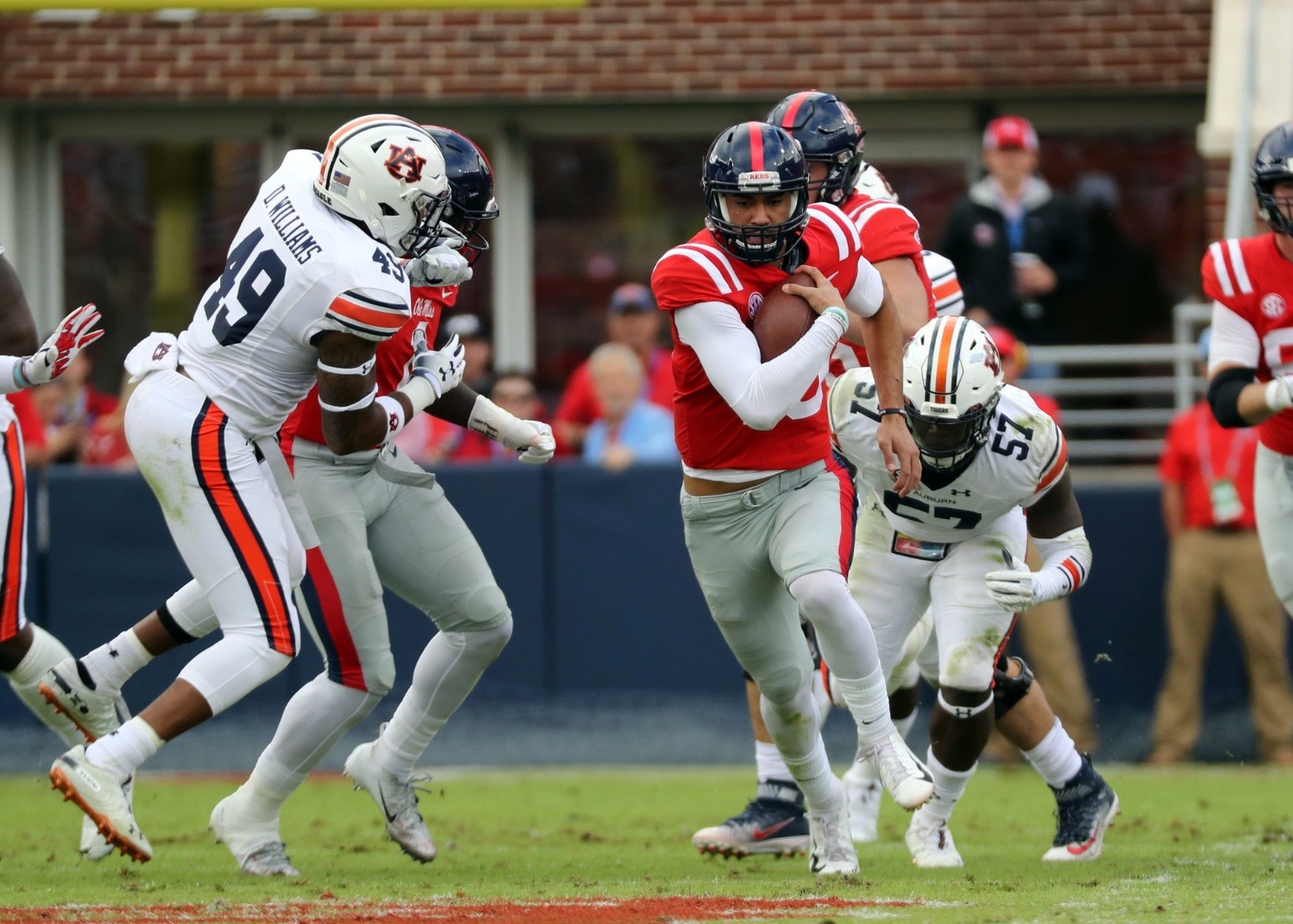 The University of South Carolina football team will kickoff against Ole Miss next weekend at 11:00 a.m. CDT, according to conference officials.

The SEC Network will provide coverage of the game.

The Rebels (5-3, 1-3 SEC) are coming off of a 31-16 loss to Auburn.  In their second season under head coach Matt Luke, the team needs one more victory in order to become bowl eligible for a second consecutive year.

Head coach Will Muschamp’s Gamecocks (3-3, 2-3 SEC) are coming off of an open date.  They play Tennessee this weekend at home in the first of several must-win contests if they hope to play in a bowl at the end of the season.

Ole Miss is one of those “must-win” games.

Saturday’s early kickoff from Vaught-Hemingway stadium in Oxford, Mississippi will be the sixteenth meeting between these two teams.  Ole Miss enjoys an 8-7 edge in the series, including a 3-2 advantage in Oxford.  South Carolina has won the last two games in the series, though – a 31-24 victory in Oxford on October 4, 2008 and a 16-10 win in Columbia, S.C. on September 24, 2009.

Ole Miss has not defeated South Carolina since the 2004 season.

Got something you’d like to say in response to one of our stories? Please feel free to submit your own guest column or letter to the editor via-email HERE. Got a tip for us? CLICK HERE. Got a technical question or a glitch to report? CLICK HERE. Want to support what we’re doing? SUBSCRIBE HERE.
Banner: @OleMissFB