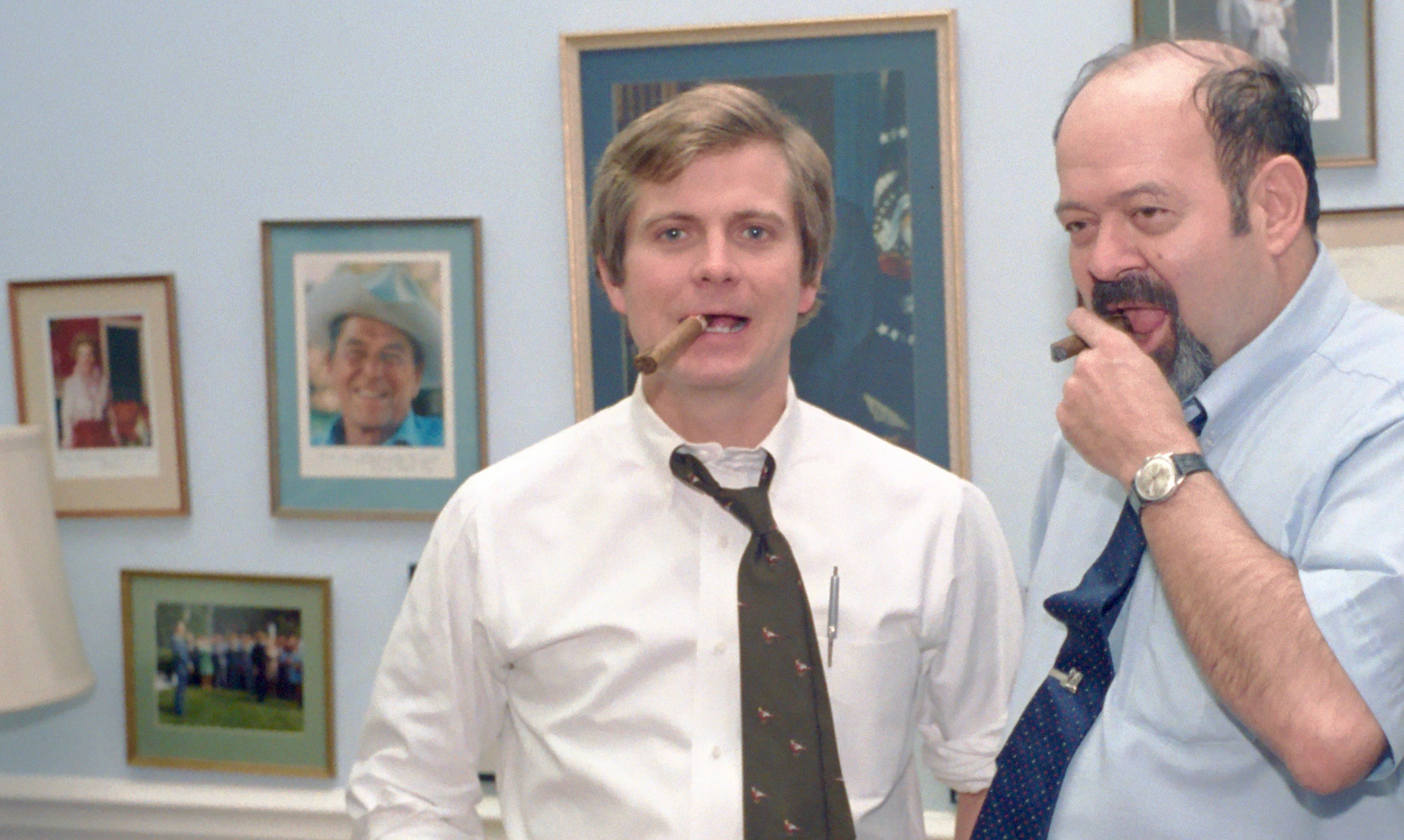 As we ponder a news cycle in which the current president of the United States, Donald Trump, is slamming one of his alleged ex-lovers (adult entertainer Stormy Daniels) as “Horseface” – it’s hard to remember there was a time in American politics when consensual marital infidelity constituted a career-ending offense.

In the aftermath of the sex scandal that ensnared former U.S. president Bill Clinton, the rules changed …  and when Republican politicians decided to restore massive deficits and entitlement spending along with so-called “honor and dignity to the Oval Office,” well, the glaring hypocrisy of the sanctimonious moralizers who once held sway over this nation was exposed once and for all.

People eye-roll at these allegations now … although some days we suspect there is a faint longing for at least a little bit of sanctimony.

In the spring of 1987, though, an allegation of consensual infidelity destroyed the presidential candidacy of Gary Hart – a U.S. senator from Colorado who was the runaway frontrunner for the Democratic presidential nomination (polls at the time also showed him leading then-vice president George H.W. Bush in a hypothetical general election matchup).

Hart, 51, was destroyed by allegations of an affair with Donna Rice – a former cheerleader from the University of South Carolina (and an ex-Palmetto State pageant queen) who was famously photographed with Hart on a boat in the Bahamas.

The alleged affair – and the back story behind the infamous photo – are the subject of an expansive piece by James Fallows in the latest editions of The Atlantic.  A classic political whodunit, Fallows’ piece pins the blame for Hart’s demise on an infamous Palmetto political operative.

According to Fallows, legendary race-baiter Lee Atwater – Bush’s top political strategist and future chairman of the Republican National Committee (RNC) – offered a deathbed confession to Democratic strategist Raymond Strother in 1991 apologizing for “how he had torpedoed Gary Hart’s chances of becoming president.”

“I did it!” Atwater allegedly told Strother. “I fixed Hart.”

In late March 1987, Hart spent a weekend on a Miami-based yacht called Monkey Business.  Two young women joined the boat when it sailed to Bimini.  While the boat was docked there, one of the women took a picture of Hart sitting on the pier, with the other, Donna Rice, in his lap.  A month after this trip, in early May, the man who had originally invited Hart onto the boat brought the same two women to Washington.  The Miami Herald had received a tip about the upcoming visit and was staking out the front of Hart’s house. (A famous profile of Hart by E. J. Dionne in The New York Times Magazine, in which Hart invited the press to “follow me around,” came out after this stakeout – not before, contrary to common belief.)  A Herald reporter saw Rice and Hart going into the house through the front door and, not realizing that there was a back door, assumed – when he didn’t see her again – that she had spent the night.

Amid the resulting flap about Hart’s “character” and honesty, he quickly suspended his campaign (within a week), which effectively ended it. Several weeks later came the part of the episode now best remembered: the photo of Hart and Rice together in Bimini, on the cover of the National Enquirer.

Here is that famous pic … 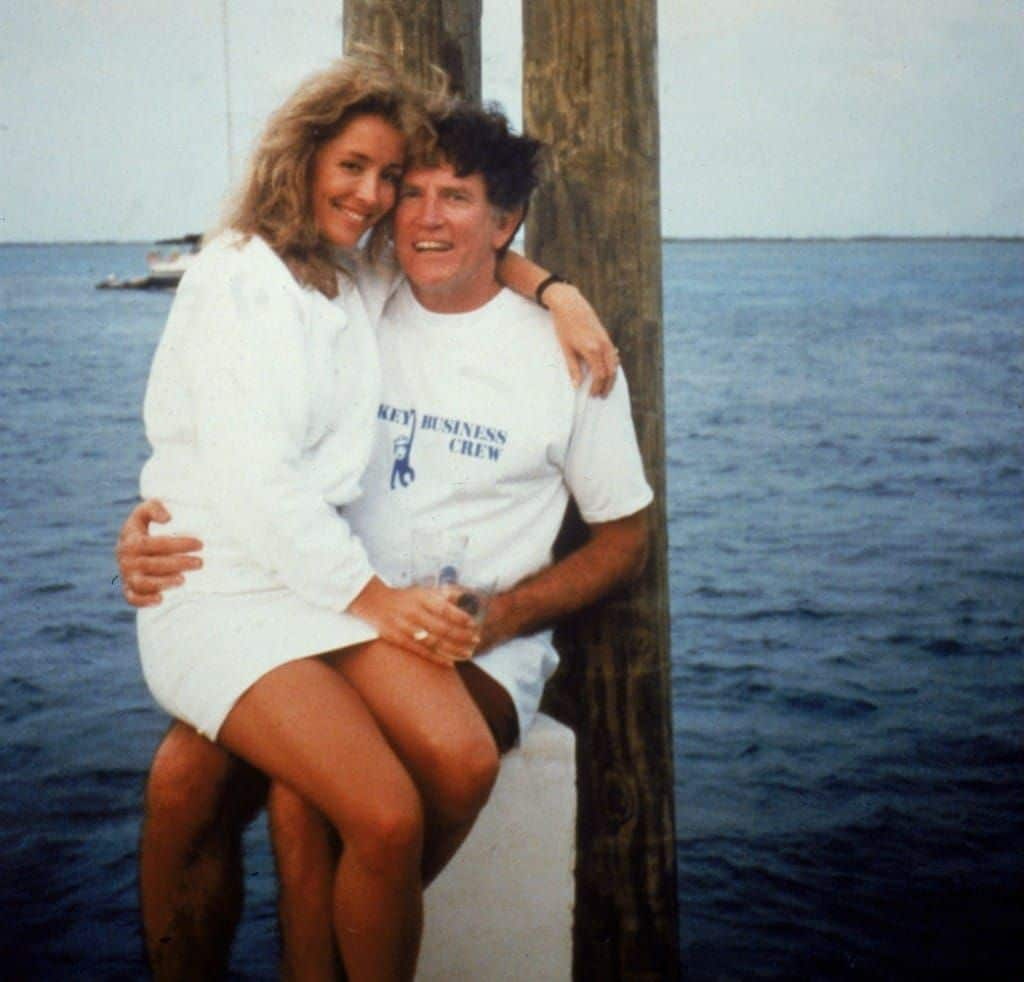 Was Atwater the source of this photo?  And was it part of a broader coordinated campaign – orchestrated by him – to knock Hart out of the race?

“If someone’s able to throw up a smokescreen and keep it up there long enough, you can’t get your message across,” Hart said in a press conference announcing the suspension of his candidacy one week after the Rice scandal broke.  “You can’t raise the money to finance a campaign; there’s too much static, and you can’t communicate.  Clearly, under the present circumstances, this campaign cannot go on.  I refuse to submit my family and my friends and innocent people and myself to further rumors and gossip.  It’s simply an intolerable situation.”

“I tremble for my country when I think we may, in fact, get the kind of leaders we deserve,” he added, paraphrasing Thomas Jefferson.

Hart later remarked how he had watched journalists “turn into animals” during their pursuit of the various rumors related to his alleged extramarital dalliances.

The fallout was trajectory-altering for the American Republic.  With Hart destroyed, Democrats nominated liberal Massachusetts governor Michael Dukakis as their nominee against Bush, and Atwater proceeded to savage him as soft on crime via the famous Willie Horton television ads.

For the record, Hart and Rice both denied having ever had a sexual relationship.  But it didn’t matter.  In lieu of proof, the candidate was slammed for his poor judgment while Rice – a model who had previously been romantically linked to celebrities and royalty – was vilified as a “Miami party girl.”

“Facts floated on a sea of innuendo,” famed liberal columnist EJ Dionne wrote in his jarringly judgmental political obituary of Hart for The New York Times.  “And in politics, it is the shadow as much as the substance that shapes the image of events.”

That much is certainly true …

“Hart’s political demise remains an object of intense conversation because the central question remains unanswered: How could a man so dangerously flawed come so close to persuading us that he was fit to lead a superpower through the perils of the nuclear age?” Gail Sheehy wrote with similar condescension for Vanity Fair.  “I have been dismayed that many people fail to grasp what is really at issue here.  The key to the downfall of Gary Hart is not adultery.  It is character.  And that is an issue that will not go away.”

Indeed it won’t go away … although our leaders continue displaying less and less of it.

By far the most riveting part of Fallows’ account is his interview with the former senator – now 81 years old. 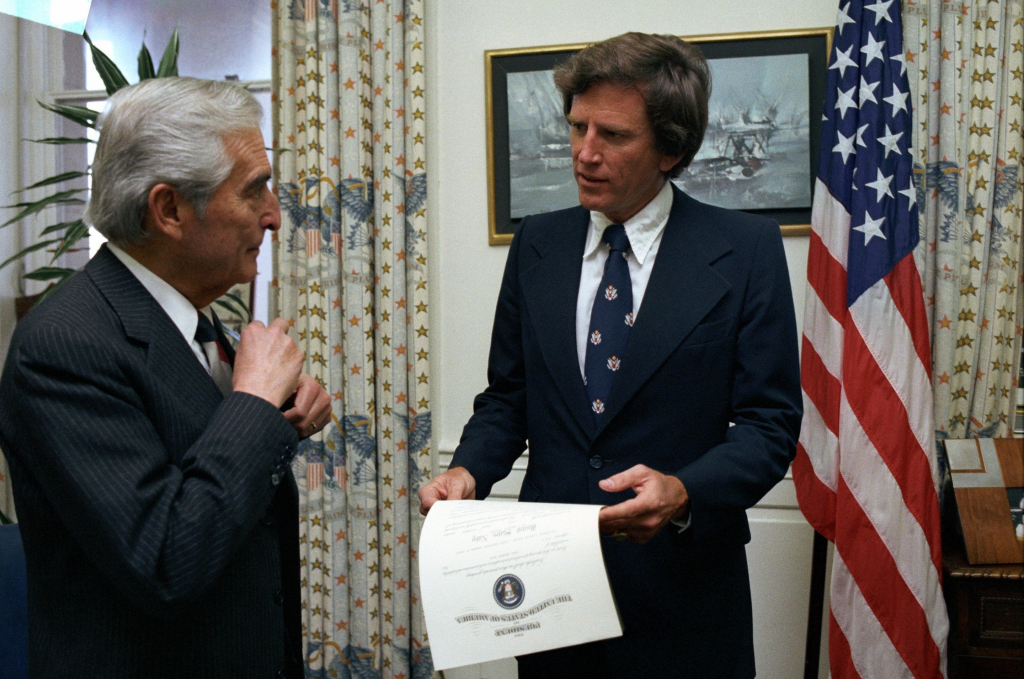 “I was going to be the next president,” Hart said in a tone Fallows described as “clinical.”

“No first Bush if things had turned out differently,” he said.  “Which means no second Bush – at least not when he arrived.  Then no Iraq War.  No (Dick) Cheney. Who knows what else?”

Atwater’s alleged deathbed confession to Strother was one of many atonements he made during the final year of his life – part of his conversion to Roman Catholicism.

“My illness helped me to see that what was missing in society is what was missing in me: a little heart, a lot of brotherhood,” he wrote in a column for Life magazine days before he died.  “The 1980s were about acquiring – acquiring wealth, power, prestige.  I know. I acquired more wealth, power, and prestige than most.  But you can acquire all you want and still feel empty.  What power wouldn’t I trade for a little more time with my family?  What price wouldn’t I pay for an evening with friends?  It took a deadly illness to put me eye to eye with that truth, but it is a truth that the country, caught up in its ruthless ambitions and moral decay, can learn on my dime.  I don’t know who will lead us through the ’90s, but they must be made to speak to this spiritual vacuum at the heart of American society, this tumor of the soul.”

Spiritual vacuum … tumor of the soul.

There is some wisdom in here for all of us, isn’t there?

Got something you’d like to say in response to one of our stories? Please feel free to submit your own guest column or letter to the editor via-email HERE. Got a tip for us? CLICK HERE. Got a technical question or a glitch to report? CLICK HERE. Want to support what we’re doing? SUBSCRIBE HERE.
Banner: Wikimedia Commons