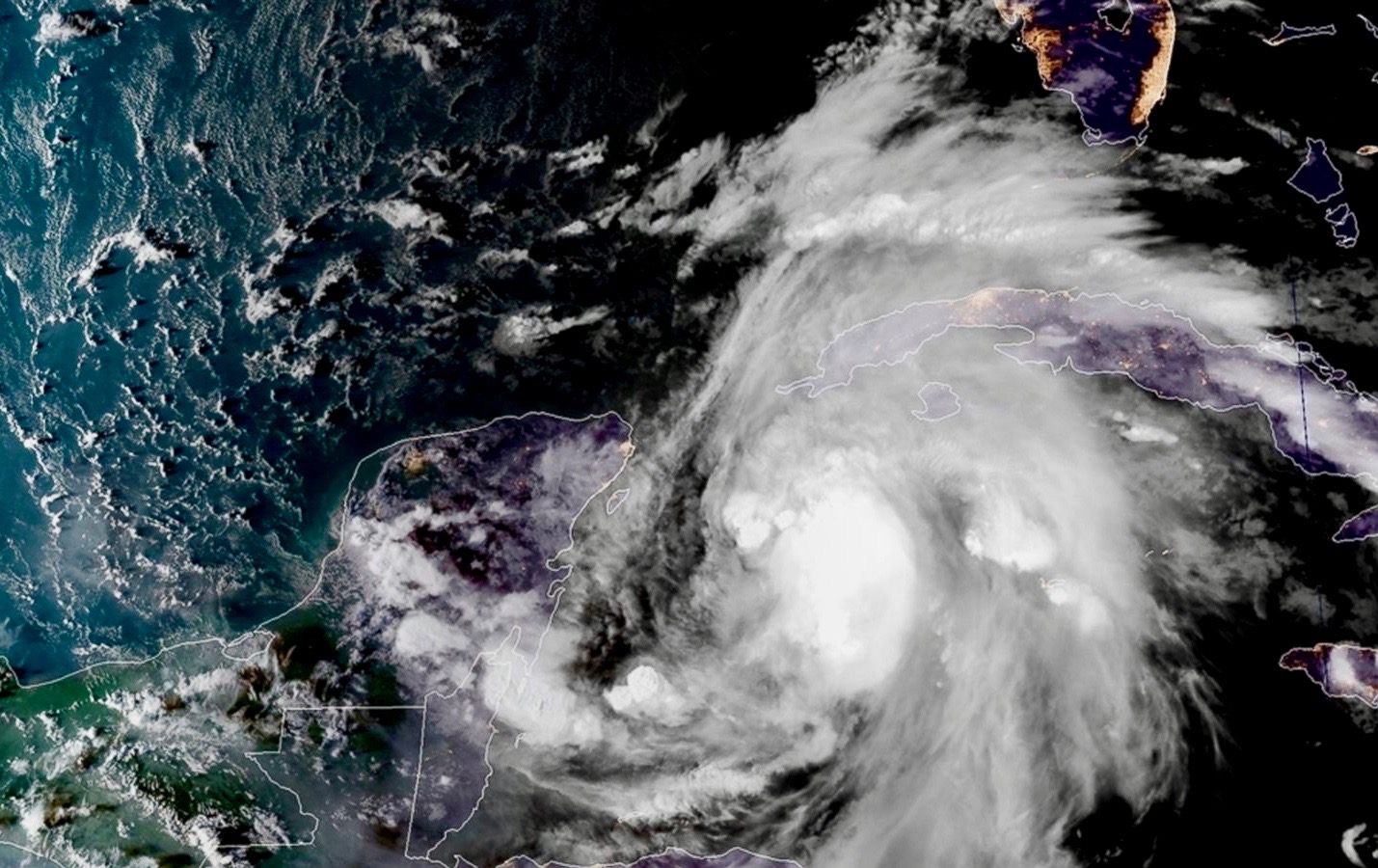 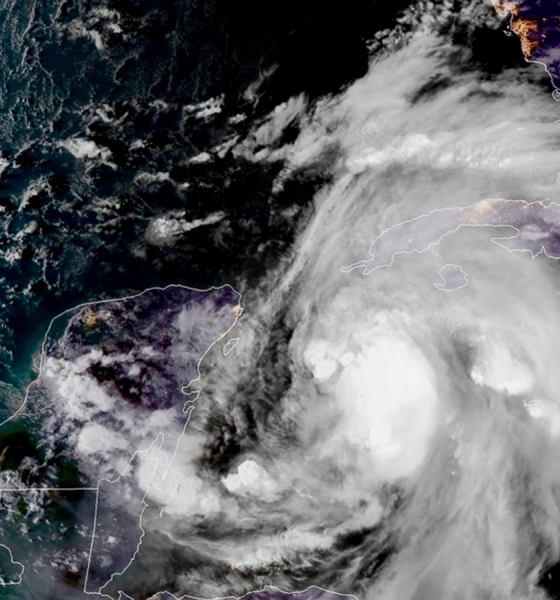 Southeast braces for another tropical impact …

Just like that, the tropics are back in action …

With flooding finally beginning to recede following Hurricane Florence, a new tropical menace has formed on the horizon – this one emanating from the south.

Tropical Storm Michael formed on Sunday in the Caribbean Sea and appears to have designs on the Panhandle and Big Bend regions of Florida, according to early forecast tracks.

As of the 7:00 a.m. CDT advisory from the National Hurricane Center (NHC) in Miami, Florida, Michael was located roughly 120 miles east-northeast from Cozumel, Mexico – headed north into the Gulf of Mexico at seven miles per hour.  The system was packing maximum sustained wind of around 70 miles per hour, and is expected to achieve hurricane status later today.

“A northward motion at a slightly faster forward speed is expected through Tuesday night, followed by a northeastward motion on Wednesday and Thursday,” the NHC predicted.  “On the forecast track, the center of Michael will move northward across the Yucatan Channel today, and then across the eastern Gulf of Mexico this evening through Wednesday.  Michael is expected to move inland over the Florida Panhandle or Florida Big Bend area on Wednesday, and then move northeastward across the southeastern United States Wednesday night and Thursday.”

Alabama and Georgia – along with waterlogged North and South Carolina – remain very much in the path of this system over the coming week.

Here is the NHC’s forecast bubble for the storm … 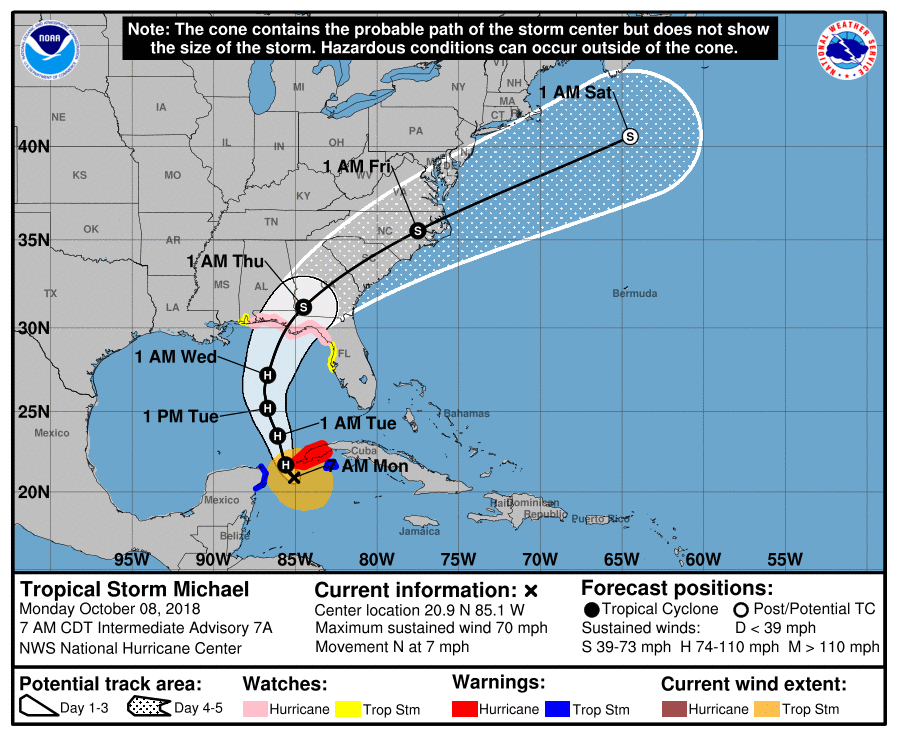 Michael is likely to be a strong category two storm – and possibly a major hurricane (i.e. category three or higher) – when it arrives on the gulf coast of the United States late Wednesday.

Florida governor Rick Scott has already declared a state of emergency and activated hundreds of Florida National Guard troops in anticipation of the storm’s arrival later this week.  More guard troops are expected to be activated soon.  Meanwhile hurricane watches are already in effect for the gulf coast from the Alabama-Florida border all the way to the Suwannee River in Dixie County, Florida.

In some parts of the Florida coast, storm surges are projected to approach eleven feet.

“Our state understands how serious tropical weather is and how devastating any hurricane or tropical storm can be,” Scott tweeted. “As we continue to monitor this storm’s path toward Florida, it is critically important that our communities have every available resource to keep everyone safe.”

Scott added that Michael “has the potential to bring devastating impacts to communities across the panhandle and the big bend.”

“Families should take the opportunity TODAY to make sure they have three days of food and water, as well as all needed medications,” he tweeted. 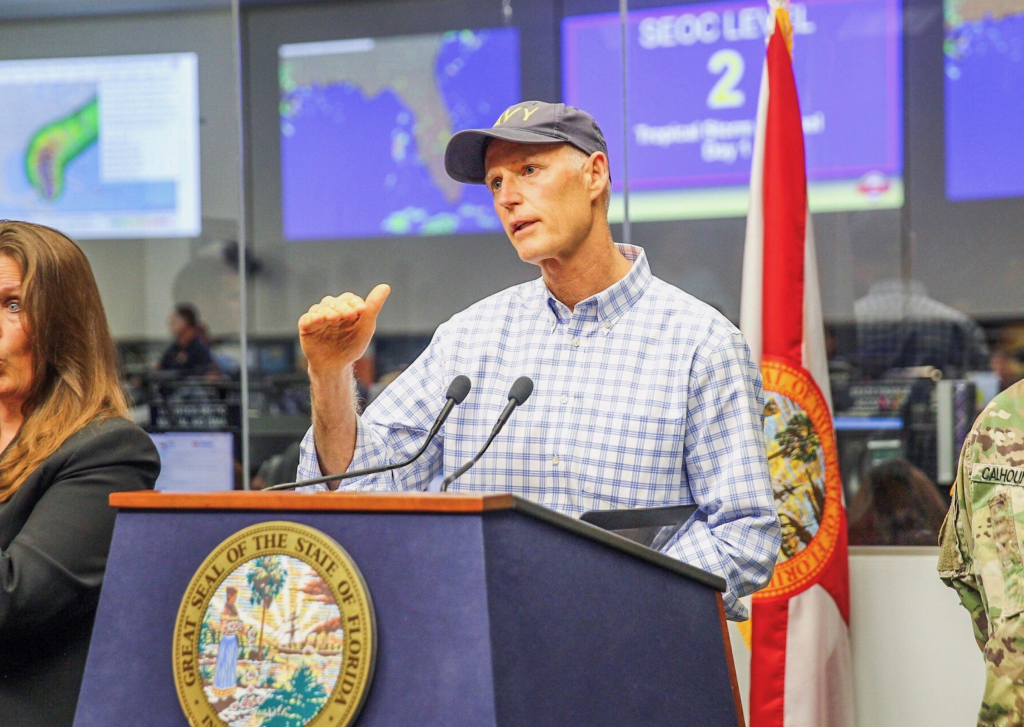 Given its current forecast track, Michael also has the potential to wreak havoc on parts of South Carolina already reeling from post-Florence flooding.

Rivers in the Yadkin-Pee Dee drainage basin remain swollen after Florence dumped trillions of gallons of rainfall across North and South Carolina, compounding the destructive potential of further inundation.

“Areas hit hard by Florence may face disruptions to ongoing cleanup efforts or renewed flooding depending on the track of the storm,” an update from AccuWeather warned.

Meanwhile, broad swaths of the Carolinas could find themselves exposed to tropical storm-force winds as early as Wednesday evening.

And to think: All of this from a system that only began organizing late Saturday afternoon and didn’t even register as a tropical depression until early Sunday morning.

Here is the latest wind projection data associated with the storm … 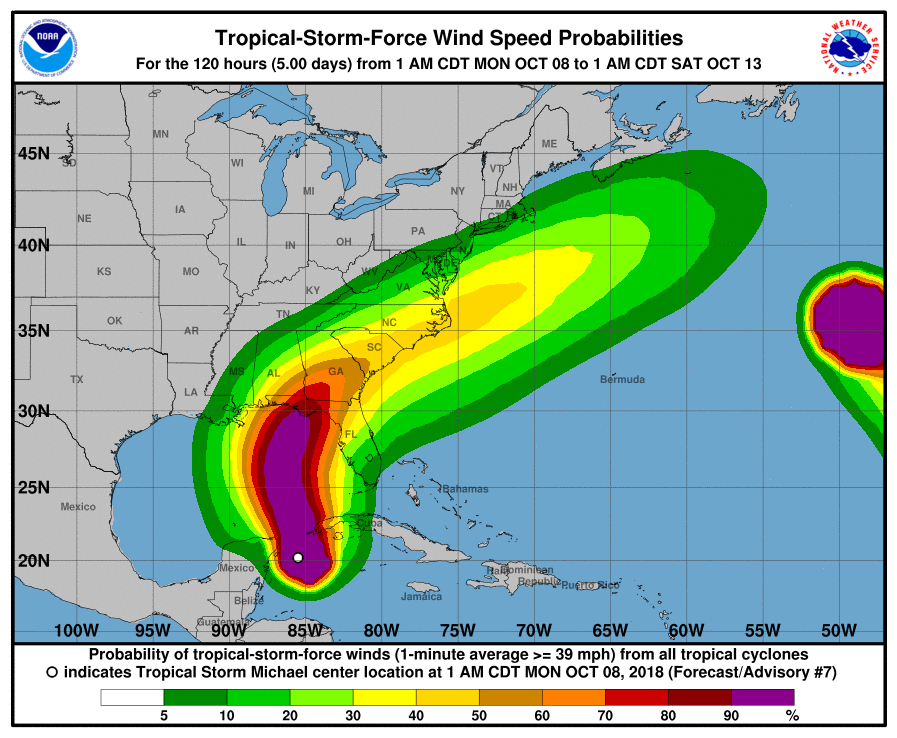 And here is the latest rainfall projection data …

We will continue to keep an eye on this system as it approaches the United States.

Michael obviously came out of nowhere and rapidly intensified, and its quick march toward the American mainland has given southeastern states (especially Florida) little time to prepare.

The only good news?  Early forecast tracks have the storm moving relatively quickly through the southeast as opposed to lingering over land like Florence or last year’s Hurricane Harvey.

Got something you’d like to say in response to one of our stories? Please feel free to submit your own guest column or letter to the editor via-email HERE. Got a tip for us? CLICK HERE. Got a technical question or a glitch to report? CLICK HERE. Want to support what we’re doing? SUBSCRIBE HERE.
Banner: NHC