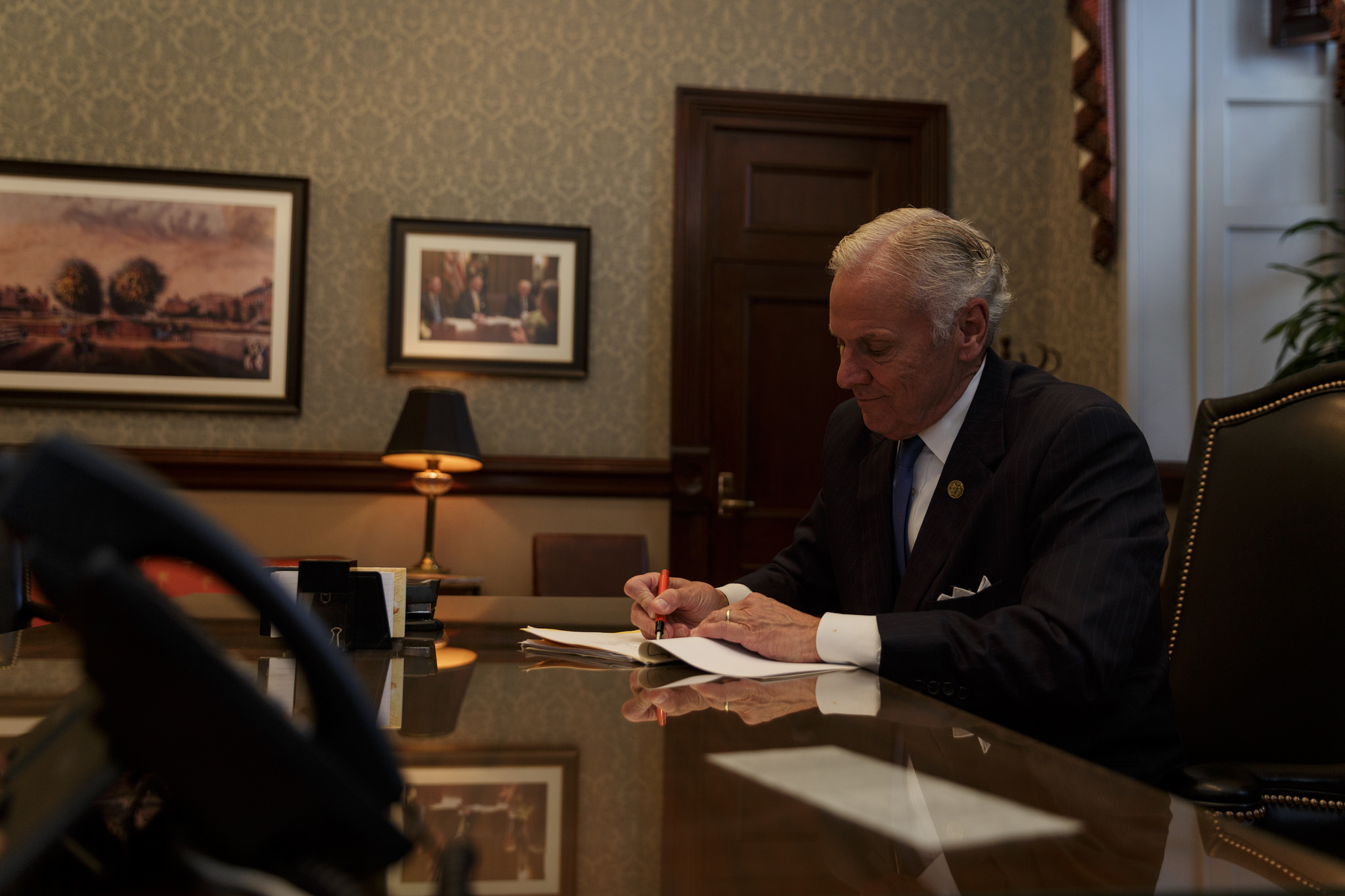 That’s according to new polling from the Trafalgar Group – the firm of deadly accurate Atlanta, Georgia-based pollster and campaign strategist Robert Cahaly.

According to Cahaly, the GOP incumbent enjoys the support of 50.7 percent of likely general election voters compared to 36.7 percent for Smith as the race enters its home stretch.  That spread is actually larger that GOP internal polls, and highlights the challenge facing the Smith campaign as it seeks to become the first Democrat campaign to win a statewide office in South Carolina in a dozen years.

Smith’s only hope?  That 12.6 percent of likely voters haven’t made up their minds … meaning he still has time to make the race interesting.

Do we trust Cahaly’s numbers?   Yes.

Not only was he one of the only pollsters to predict U.S. president Donald Trump’s upset victory in 2016, Cahaly has been accurate to within a tenth of a percentage point in a pair of recent high-profile GOP primary elections in South Carolina – the runoff for the state’s fifth congressional district in 2017 and this spring’s GOP gubernatorial battle between McMaster and Upstate businessman John Warren.

Some believed his anemic performance would translate into vulnerability in the general election, but Democrats have failed to take steps to segment and suppress the GOP electorate – or offer anything resembling a viable policy alternative to the big-spending, status quo GOP politician.

This news outlet has been projecting a six-point McMaster victory in November, believing undecideds are likely going break in greater number toward the challenger than the incumbent.  Based on Cahaly’s latest data, we see nothing at this point to make us alter our projection.

However, Cahaly did note that his polling was done “mostly” before last week’s riveting hearings in Washington, D.C. on the nomination of appeals court judge Brett Kavanaugh to the U.S. supreme court.  Those hearings have galvanized partisans on both sides of the aisle, and in a GOP-heavy state like South Carolina that could add some wind to McMaster’s sails.

We will get a better reading of the state of this race in a few days when the two campaigns disclose their latest fundraising totals.

And of course we will see both candidates in action in two debates – one on Wednesday, October 17 at the Francis Marion University performing arts center in Florence, S.C. and another on Thursday, October 25 at the Greenville Technical College technical resource center auditorium in Greenville, S.C.