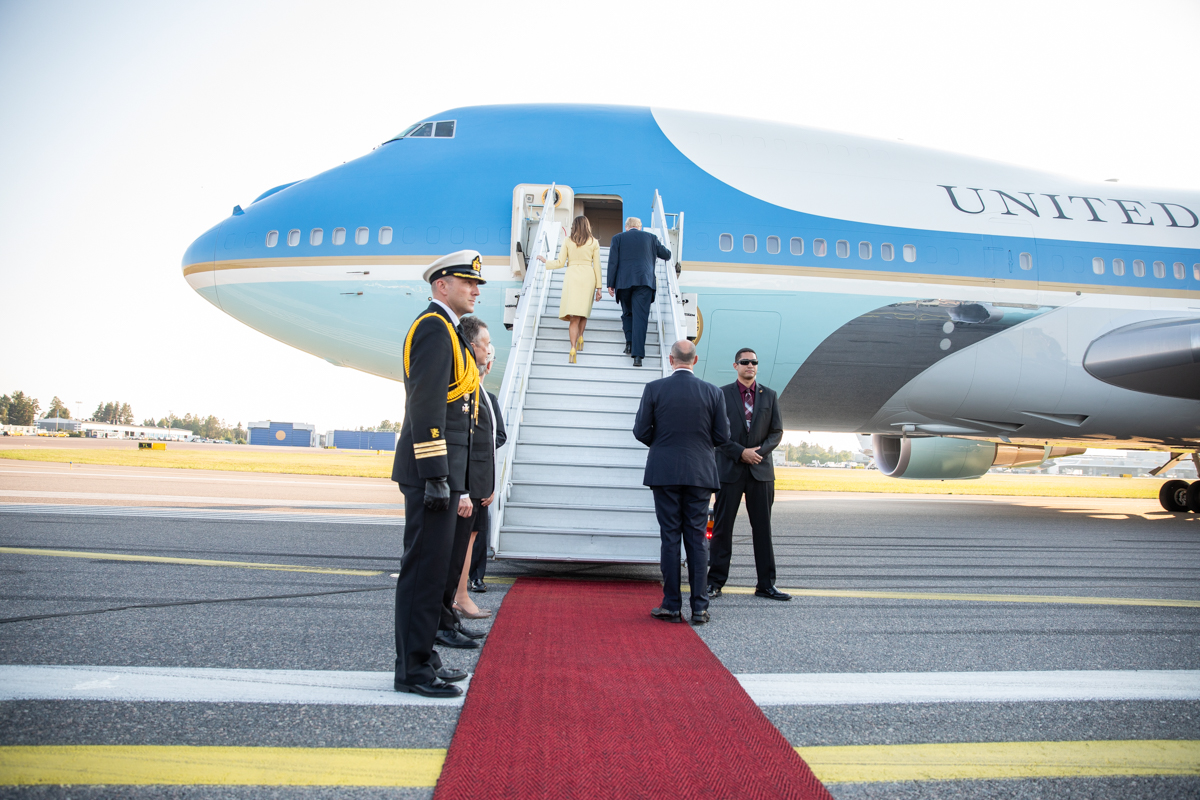 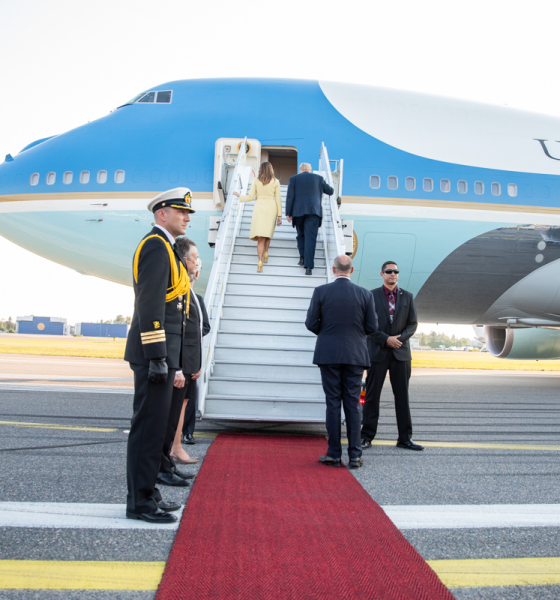 Unhinged liberal doesn’t just want to impeach the president … he wants to erase his administration from history.

by LAIRD MINOR || One of my all-time favorite movies is “The Haunting,” legendary director Robert Wise’s black-and-white adaptation of Shirley Jackson’s novella “The Haunting of Hill House.” Highly recommended (stay away from the 1999 remake, though – to call that one “garbage” would be an affront to actual garbage).

“The Haunting” is one of the scariest movies you’ll ever see, and yet you never actually **see** anything; it’s entirely psychological.  In one of its scenes, the Professor tells another character that a closed mind is the worst possible defense against the supernatural, because upon coming across evidence of the supernatural “that closed mind is likely to be ripped right off its hinges.”

I attach an article by Clinton confidante Robert Reich because it provides a fascinating glimpse of an intelligent liberal mind which has, in fact, been ripped entirely off its hinges by the election of Donald Trump.  Reich simply cannot come to grips with that fact, and is thrashing about in the most extraordinary manner.  This is a man closing his eyes, stamping his feet, clapping his hands over his ears and chanting “na na na” in hopes that the bogeyman will go away.

His litany of Trump’s supposed “offenses” is, of course, straight out of the leftist talking points memo: “He’s proven himself a superb conman, an entertainer-demagogue capable of sowing so much confusion and instigating so much hate and paranoia that he has already survived outrages that would have broken any garden-variety loathsome president – Helsinki, Charlottesville, children locked in cages at the border, firings and cover-ups, racist slurs, clear corruption.”

No surprises there. But where Reich really goes off the rails is in his assertion that the Trump presidency can somehow be “annulled,” erased from the history books, with every law and executive order voided and expunged.

“Impeachment isn’t an adequate remedy,” says Reich. “His presidency should be annulled.” 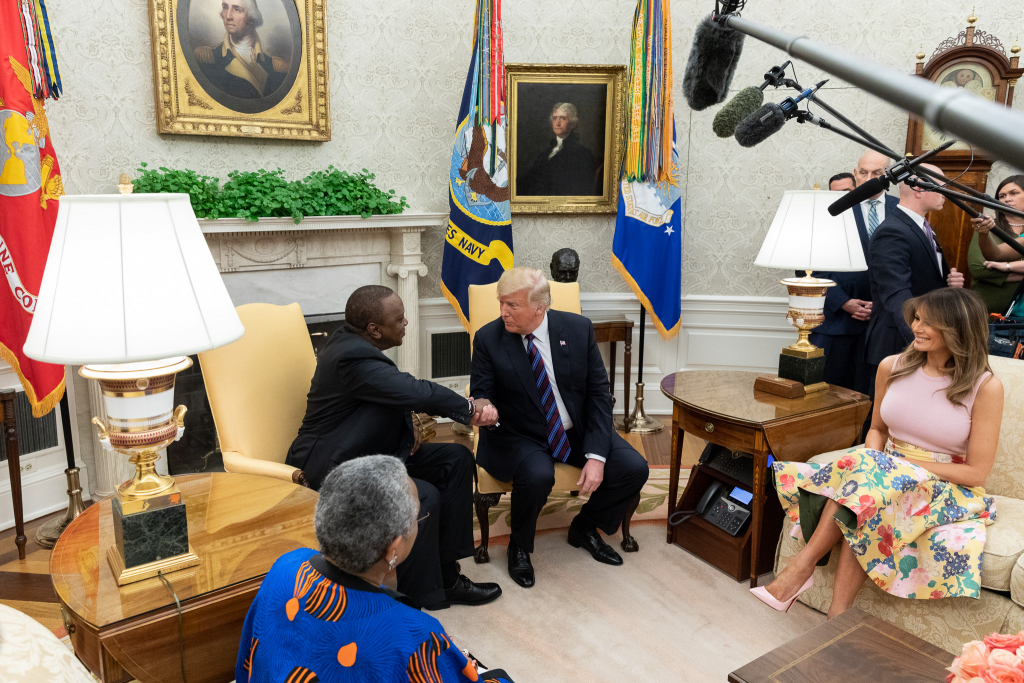 Reich does acknowledge that the Constitution contains nothing which would permit this (the man isn’t unintelligent or uneducated, merely deranged).  So exactly how is this feat to be accomplished?  Reich begins with this scenario: “Suppose, just suppose, Robert Mueller finds overwhelming and indisputable evidence that Trump conspired with Putin to rig the 2016 election, and the rigging determined the election’s outcome.”

Well, from everything we’ve seen all the evidence points to whatever Russian “collusion” might have occurred as having been perpetrated by the Hillary Clinton camp, and that there was no tampering with actual votes cast, but OK, let’s go with this.  Now what?  He then makes the illogical leap from that to an assertion that the election was “not authorized under the United States Constitution.”

Keep in mind that when we “vote” for a president we’re actually voting for a slate of electors to the Electoral College, not for the presidential candidate himself.  Whatever those evil Russians did, it certainly did not affect those electors.

But wait, there’s more! “Suppose these findings are so compelling that even Trump loyalists desert him, the Republican Party decides it has had enough, and Fox News calls for his impeachment.”

Sure, that’s all going to happen.  But even if it did, for Reich impeachment is inadequate because while it removes the man it leaves in place all the evils he perpetrated.  No, we need more than that.

“Annulment would repeal all of it – recognizing that such appointments, orders, rules, and records were made without constitutional authority.”

In other words he wants to expunge the entire Trump presidency from the record as though it never happened.  And the legal basis for this?  Well, since the Supreme Court has long held that unconstitutional laws are void ab initio (as though they never occurred), it “logically” (to Reich, anyway) follows that it could (“could”!) also rule that an unconstitutional presidency would also be void ab initio.  Simples.  This, to Reich, is reading the Constitution “as a whole.” The Constitutional crisis it would provoke doesn’t even occur to him.

Reich’s entire concept is premised on a string of ludicrous assumptions, none of which will ever come to fruition. But even so, Reich has opened up an interesting nest of worms here.  I wonder, does he really want to pursue this line of thought to its logical conclusion?  If simple election fraud is sufficient to “annul” an entire administration and all of its works, we can throw out a century of Chicago elections, and many others, too, almost all of which resulted in Democratic victories.

(Think of Tammany Hall in New York City, the Curley machine in Boston, and the Pendergast machine in Kansas City for starters).

And if we can “annul” a presidency, that makes taking a careful look at Obama’s birth certificate relevant again (yes, I really did go there as anyone who has looked at the one he provided can see obvious evidence of tampering.)  And how about former president George W. Bush “stealing” the election in Florida?  Can we reset the presidential clock back to 2000?  Personally, I would be more than happy to eliminate every law, regulation, executive order and judicial appointment since that date.  In fact, let’s take a look at the 1960 election. It’s now abundantly clear that Lyndon Johnson perpetrated massive vote fraud in Texas and Chicago, enough to result in John F. Kennedy’s victory.  Let’s annul that administration, too (which carries with it Johnson’s “inherited” presidency).

This wipes out all of the Great Society and most of the modern welfare state (and the Voting Rights Act too, while we’re at it). 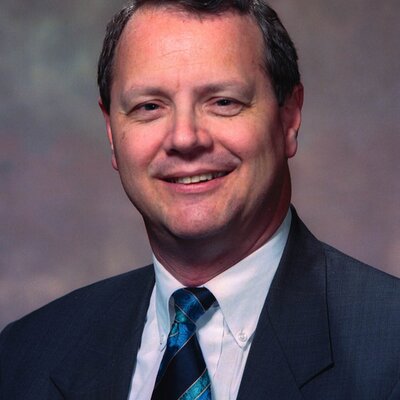 Laird Minor is the president of the South Carolina Public Interest Foundation (SCPIF), an independent, non-partisan private operating foundation dedicated to ensuring that South Carolina governments, agencies and officials act in strict compliance with the state Constitution and statutes.  The opinions expressed in this piece are his alone, and not necessarily those of SCPIF.