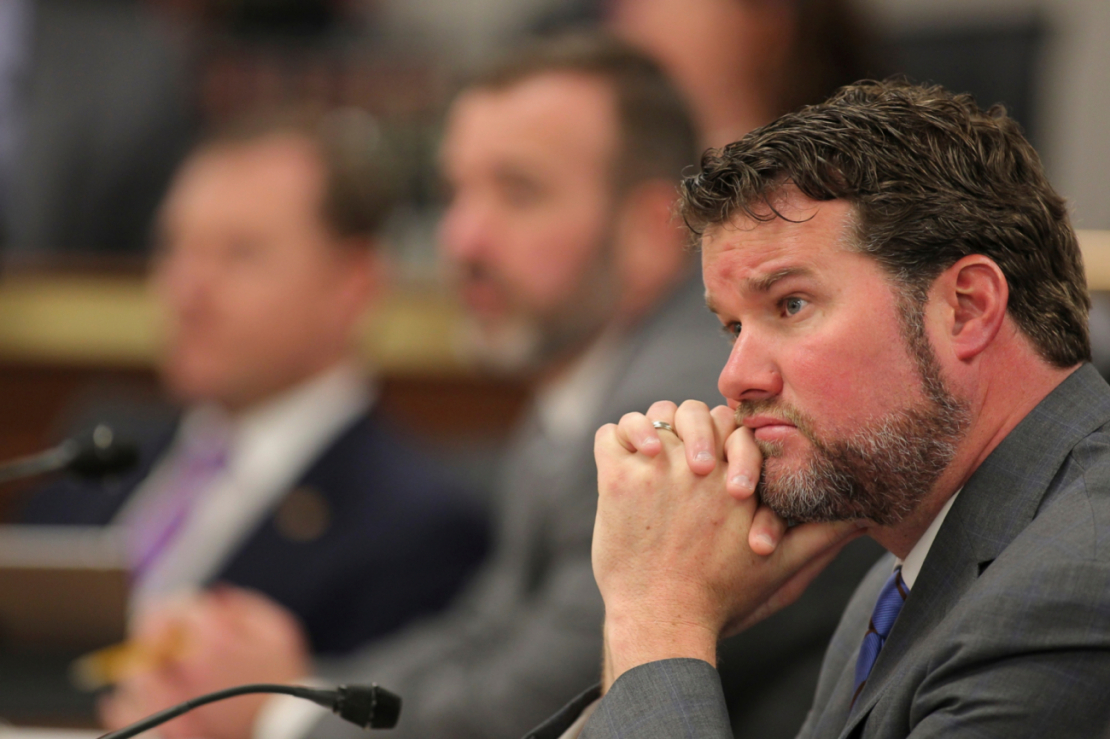 Over the weekend, we wrote a column lamenting a pervasive lack of transparency and accountability when it comes to government spending in South Carolina.

In our post, we called for two basic reforms.  First we addressed the breadth of the problem by arguing that all governments in the Palmetto State – municipalities, county governments, school boards and all agencies of the state – should be required to participate in a new spending transparency database.  We further argued that despite a recent (misguided) S.C. Supreme Court ruling – so-called “economic development” entities which receive dedicated streams of taxpayer revenue should also be required to participate in this database.

Next, we addressed the depth of the problem by detailing exactly what sort of transparency ought to be required – arguing that at the very least individual expenses should be searchable by “agency, authorizing employee, amount, category, date, employee name, purpose, type of payment (cash, credit card, check, wire, etc.) and vendor.”  We noted that these categories should be included in “searchable, up-to-the-minute records.”

In other words, if a bureaucrat buys a cup of coffee with their government credit card one minute and approves a multi-million dollar contract the next – the details of both transactions should be immediately accessible.

Not surprisingly this sort of sunlight – which is easy to achieve in our data-driven, technologically advanced world – is most unwelcome in the shadowy corridors of power in Columbia, S.C.

The cockroaches don’t want the lights turned on … and will do everything they can to keep dealing in the dark.

How do we know this?  Because efforts by one state lawmaker to achieve much of the transparency reform we are proposing went absolutely nowhere during the recently concluded legislative session.  In fact, two liberal legislative leaders refused to even give his bills a hearing.

On March 22 of this year, freshman state senator Scott Talley introduced two pieces of legislation aimed at dramatically enhancing spending transparency in South Carolina.  Talley’s first bill – S. 1139 – was called the “Taxpayer Transparency Act.”  This legislation would have directed the state’s executive budget office “to create and maintain a searchable budget database website detailing where, for what purpose, and what results are achieved for all taxpayer investments in state government.”

(a)    the name and principal location or residence of the entity or recipients of funds;

(c)    the funding or expending agency;

(d)    the funding source of the revenue expended;

(e)    the budget program of the expenditure;

(f)    a descriptive purpose for the funding action or expenditure:

(i)        the expected performance outcome for the funding action or expenditure;

(ii)    the past performance outcomes achieved for the funding action or expenditure;

(iii)    funding action or expenditure shall include details on the type of spending, i.e. grants, contracts, appropriations, etc. This includes tax exemptions or credits. Where possible, a hyperlink to the actual expenditure document, in a format that is searchable as a PDF format, shall be provided;

(g)    any state audit or report relating to the entity or recipient of funds or the budget program or agency; and

(h)    any other relevant information specified by the Executive Budget Office.

Talley even specified the format of the database, noting that those who accessed it should be able to “programmatically search and access all data in a serialized machine readable format, such as XML, via a web-services application programming interface.”

This database was to have been activated online no later than January 1, 2019.  Also, budget office employees were to input all information “no later than thirty days upon receipt of data from the agency.”

Impressive … or at least it would have been.

The second piece of legislation introduced by the Upstate lawmaker dealt with spending transparency at the local level.  Among other things, this second bill – S. 1140 – would have required local governments to post on their websites “all actual revenues and expenditures for at least the three previous fiscal years.”

(1)    the name and principal location or address of the entity receiving monies, except that information concerning a payment to an employee of the county, municipality, or school district shall identify the individual employee by name and business address or location only;

(3)    the funding source of the money expended;

(5)    the name of the budget program, activity, or category supporting the expenditure;

(6)    a description of the purpose for the expenditure; and

(7)    a unique identifier for each expenditure, to the extent possible.

This legislation was assigned to the Senate judiciary committee – run by uber-liberal chairman Luke Rankin.  Like Talley’s other transparency bill, it went nowhere.

In fairness to Leatherman and Rankin, Talley introduced his measures late in the legislative session.  And he appears to have made little effort to publicize his bills or attract co-sponsors – which is typically what prompts committee chairman to schedule hearings.  In fact prior to publishing our article last weekend, we had never heard of Talley’s bills.

But Rankin and Leatherman – a pair of “former” Democrats who run the special interest favor factory in Columbia, S.C. – clearly didn’t jump to support the measures when they came across their respective desks.

They will get another chance soon …

Mark Knoop – one of Talley’s political advisors – told us this week that the Upstate lawmaker filed the bills late in the session “to get discussion started.”

“(He) will file them again this fall,” Knoop said, referring to the pre-filing period for the 2019-2020 session of the S.C. General Assembly.

While Talley’s bills aren’t exactly what we laid out in our recent post on this subject, they are very close to the mark … and if approved by lawmakers (and implemented across the state), they would represent a dramatic leap forward for transparency and accountability in South Carolina.

Accordingly, we would encourage Talley to spend some time over the next few months refining his proposals and perhaps even consolidating them into a single piece of transformative transparency legislation.  Such a bill could serve as a rallying point for citizens of all political stripes who believe in better, more honest, more efficient government.

One of the biggest reasons spending is so out of control (at all levels of government) is a pervasive believe among those in positions of authority that they are not spending their own money … but rather someone else’s.  This default setting – a.k.a. “other people’s money” – leads them to view their own corruption, waste and inefficiency as “other people’s problems.”

See how that works?

The reforms outlined herein would obviously not eliminate this underlying perception problem, but they would force some measure of restraint on the part of those pulling the pursestrings in the Palmetto State.

If our citizens ever expect to get the outcomes they deserve, that is an important first step to take …