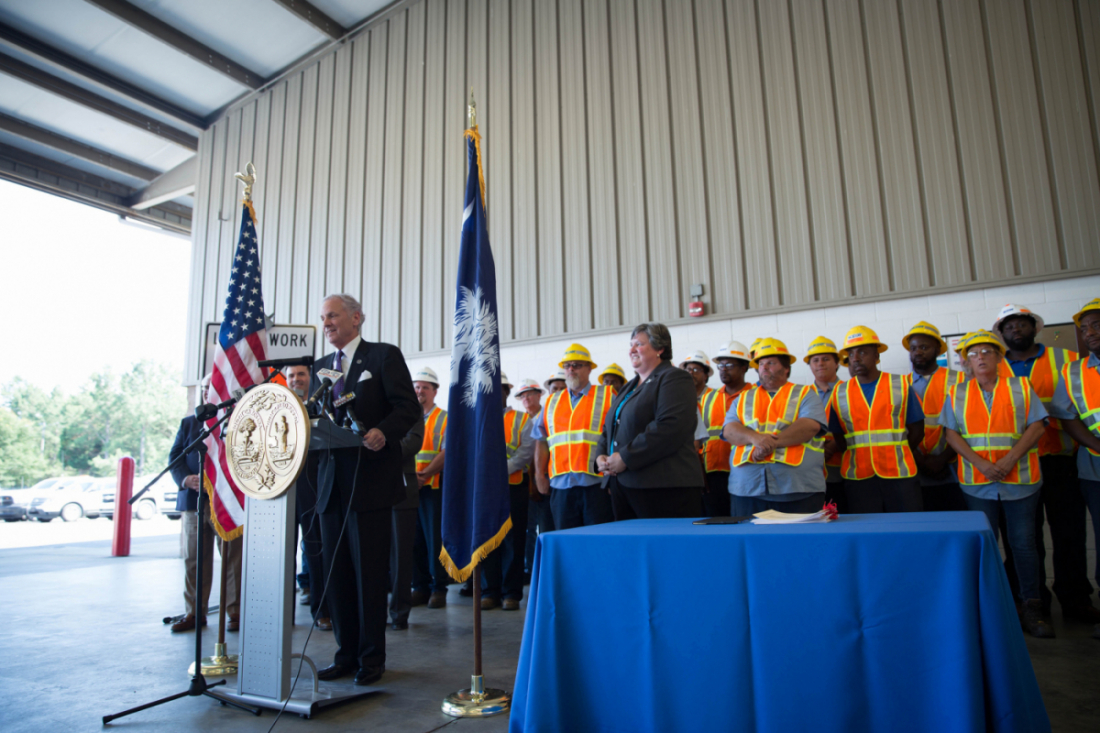 Last month South Carolina began the second year of a massive tax hike centered around a 71.6 percent increase in the per gallon tax on gasoline.

This tax hike – which will deprive the economy of $1.8 billion between now and 2022 (and an additional $600 million per year thereafter) is being challenged in court by our founding editor, Will Folks.  According to Folks’ lawsuit, the tax hike bill – Act 40 of 2017 – violated the state’s constitutional prohibition against laws relating to more than one subject.

Basically, lawmakers were compelled to add unrelated “tax relief” to the bill in an effort to get reluctant members of the S.C. Senate to vote in favor of it.  Without these add-ons, the tax hike never would have passed.  With them, however, the bill became unconstitutional.

Nonetheless, attorneys for the S.C. Senate, S.C. House of Representatives and the office of attorney general Alan Wilson argued last week that this case should be thrown out of court.  They claimed Folks lacks standing to bring suit, that the legislation in question has been codified (making it impervious to being overturned) and finally that it does, in fact, conform to the constitutional one-subject requirement.

S.C. circuit court judge Jocelyn Newman took the state’s motion to toss the case under advisement last week and will review briefs on it early next week.

While that case percolates, we found it exceedingly curious to discover that despite the influx of new revenue provided by the gas tax – fewer road construction projects were underway in the Palmetto State.

Conventional wisdom has long held that higher taxes – which took effect on July 1, 2017 – would lead to an uptick in construction and more projects being let (i.e. awarded) by the S.C. Department of Transportation (SCDOT).

That has not been the case …

According to data obtained by this news site, the agency has awarded a total of 213 projects through the first eight months of 2018 – the lowest number of total projects awarded since 2014.  Furthermore, there were only 348 projects awarded during 2017 – which is down a whopping 15.7 percent from the 413 projects that were awarded in 2016. 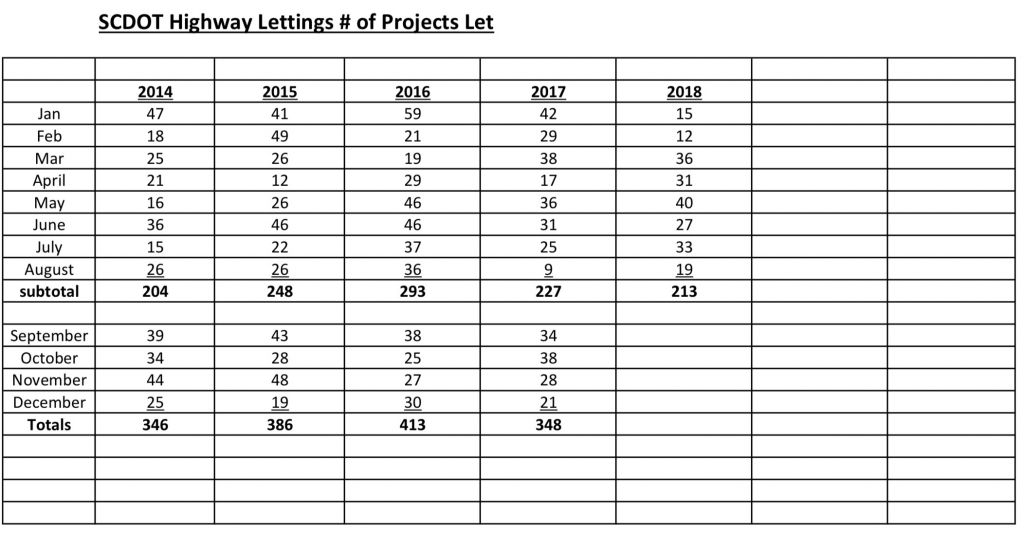 Also worth noting, sources close to the agency confirmed that the total number of projects expected to be awarded in 2019 will likely only climb back up to 2015 levels – which are were also well below the agency’s 2016 peak.

“What the heck is happening to the funding?” one business owner wondered.

According to one of our sources in the industry, “in 2017 work declined somewhat with the promise of more when the gas tax passed.”  This source said their company had a pair of crews working 60-hour weeks in 2016.  This year, they have just one crew doing 40-hour weeks.

This news site spent the better part of three years opposing the gasoline tax hike – arguing that SCDOT’s base budget had more than doubled in the previous seven years (and that lawmakers weren’t making good use of the money they had already been given).

Entrusting them with additional resources would be the definition of insanity … but that’s exactly what state lawmakers have done.

Another $450-500 million was appropriated in the current budget via various infrastructure-related line items … and in addition to all of that money, there is the flood of constitutionally dubious borrowing lawmakers have approved over the years (which was exacerbated via a 2016 “roads bill”).

All of which begs the question: How on earth is SCDOT bidding out fewer projects?