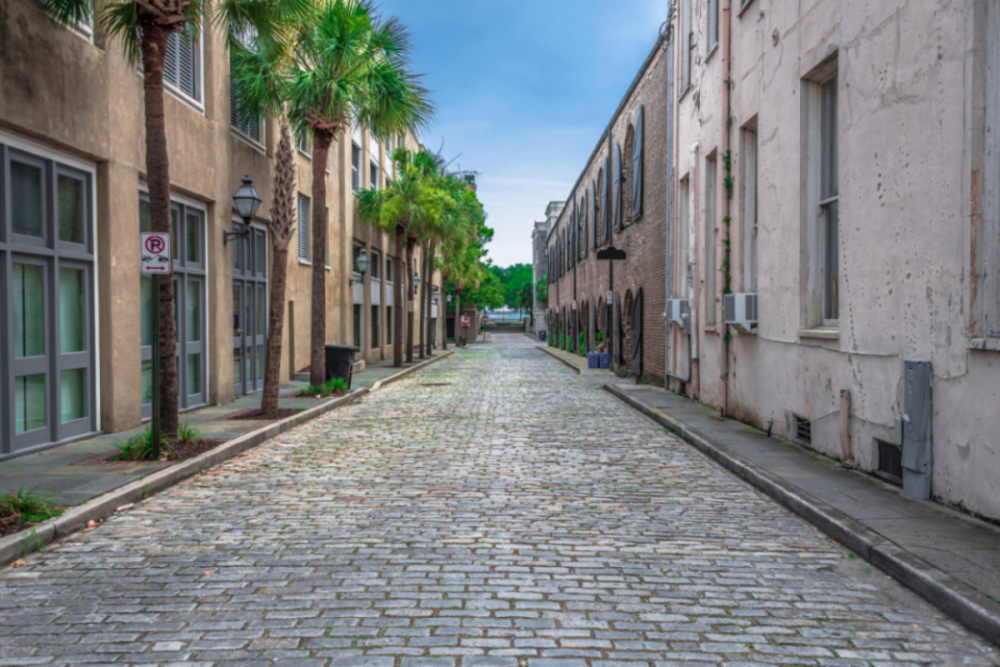 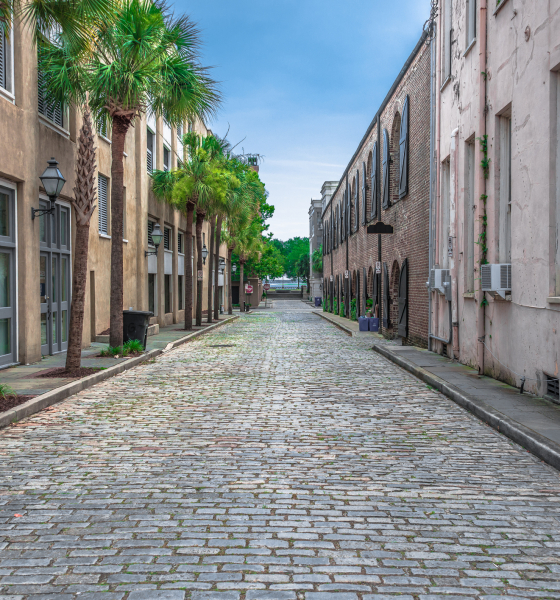 by AMY FEINSTEIN || “What a long strange trip it’s been” doesn’t even touch what fans of Bravo TV’s Southern Charm collectively feel like we’ve been through this season.  The shift that has occurred over the past fourteen episodes is monumental, because now Kathryn Dennis has the support of the cast and fans (and the benefit of the doubt), and Thomas Ravenel has, well, Plan B (a.k.a. Ashley Jacobs) … and a legal bill.

As an aside, fun drinking game for watching this reunion: Every time Kathryn’s face says something different than what her mouth says, take a shot.  We will see you tomorrow after you sleep it off.

The reunion starts with the cast in their places, all except Kathryn (below) who is being taped into her dress.  She looks incredible, but fingers crossed she doesn’t sneeze. 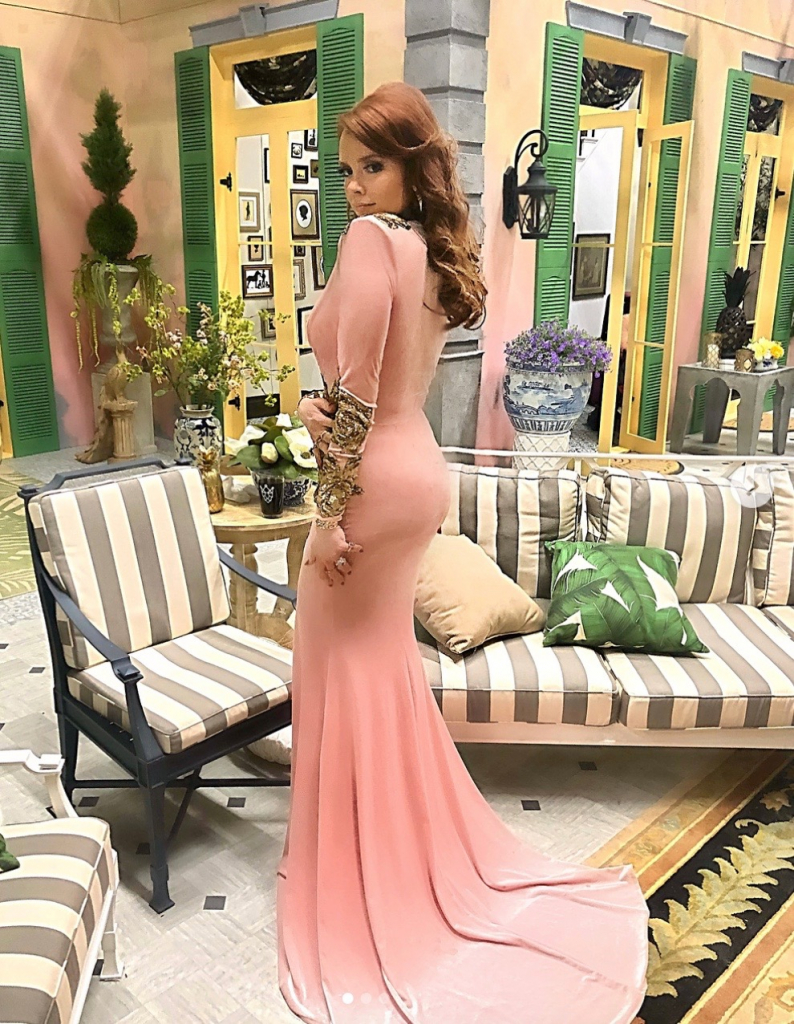 Craig Conover, if Kathryn sneezes, please block her with the pocket square/ pillow case.  And better to take a pocket square from Conover than a “pochette” from the notably absent Ravenel – who explained earlier this season that he uses his pocket squares for post-coital clean-up.

We go around and Andy Cohen says hello to everyone and notes that Thomas Ravenel is not there.  He reads a statement from Ravenel’s lawyer which says that due to the rape/ sexual assault investigation still underway in Charleston, South Carolina, that Bravo and Thomas’ lawyers thought it best if he stayed away.

Everyone agrees and seems grateful for his absence.

Shep Rose adds that ninety percent of the time, Thomas is fun and jovial, but the other ten percent he is another person, a Jekyll and Hyde if you will, which ironically has been mentioned before in the statement of at least one of his alleged victims.

Naomie attributes that change in the girl bonding to Kathryn’s rebirth, but Craig doesn’t want to hear it, and longs for the day when you had to give a woman permission to speak.  Keep digging fella.

Kathryn says it’s not necessarily girl power, but just knowing your self-worth and standing up for yourself, which segues nicely into the first episode of the season where Naomie Olindo told J.D. Madison exactly what she thought of him and the way he treated his estranged wife Elizabeth Madison. The whole cast agrees that J.D. has a bad reputation around Charleston, and that word on the street is he wasn’t respectful when interacting with other much younger women after hours at his bar/restaurant/flophouse. 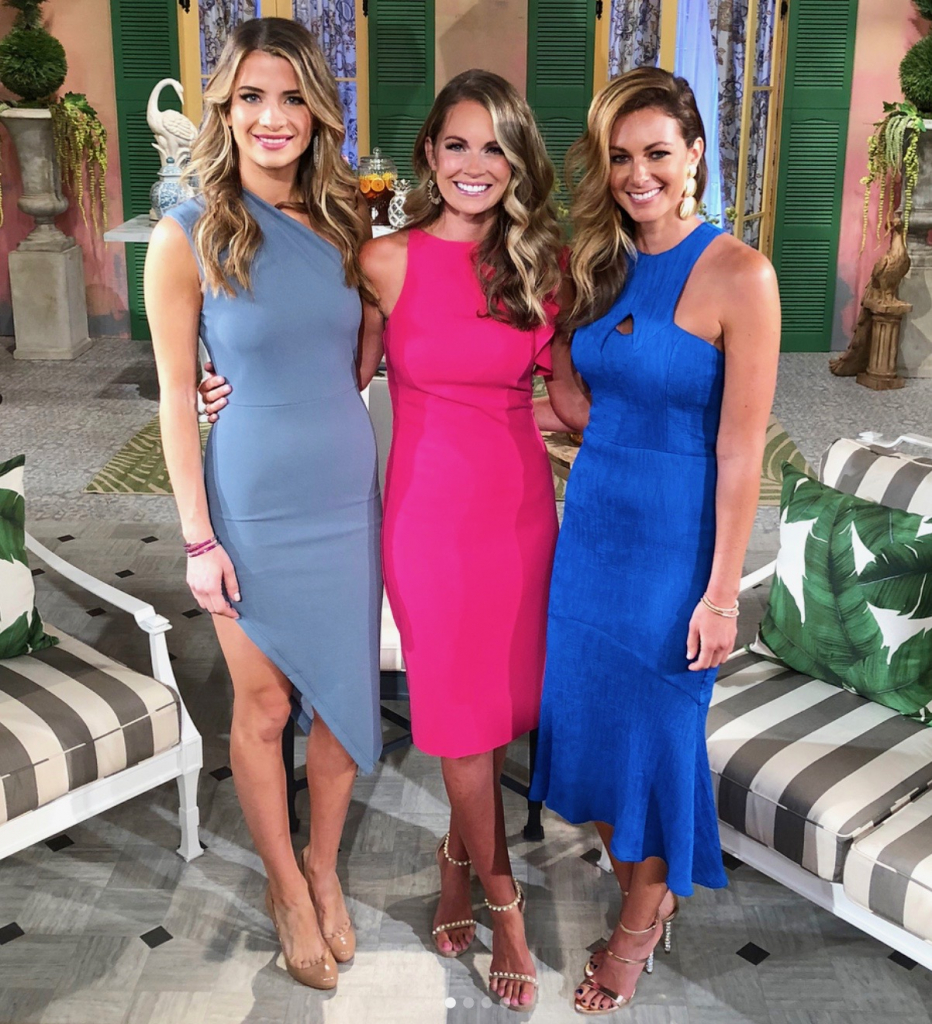 Naomie says Liz knew that she was going to tell off J.D., but when it happened, she was bullied back into place, and hasn’t spoken to the bilingual Olindo since.

The good old boys network might be dying, but the guys on the cast are continuing to to have each other’s backs. It seems that unless they see one another abuse or assault a woman in front of them, it didn’t happen.

Meanwhile, back at the ranch (or the dressing room), Plan B is asking the wizard (hair and makeup) for confidence, and maybe a Xanax derm patch so she doesn’t yell “egg donor” again. One season on Southern Charm has taken thirty pounds and added five years. Free tip: Lighter lipstick, darker hair.

Andy brings up a chat between Craig and Austen Kroll where Craig mentions that life would be easier if he were gay.  Austen says he was hopeful that Craig was coming out.  Craig goes onto talk about his pillow high.  Um, okay, pillows.  Must be some new slang for Urban Dictionary.

Blah, blah, blah, I yam what I yam.  Get a refund from the life coach and find a shrink who will tell you the truth.

Craig says that there is no good reason why they broke up, baiting Naomie to say the things that you can’t come back from.  Accept that Naomie has moved on, with your pussy (cat people, get your mind out of the gutter), and she’s not coming back.  Continuing to be disrespectful is making things worse.  Once the love/trust is gone, people don’t have a reason to keep your secrets.

Andy then turns the conversation to Kathryn, and he tells her how impressed he is by her transformation into a responsible adult.  She says that she started the show at 21, and now she’s 26. 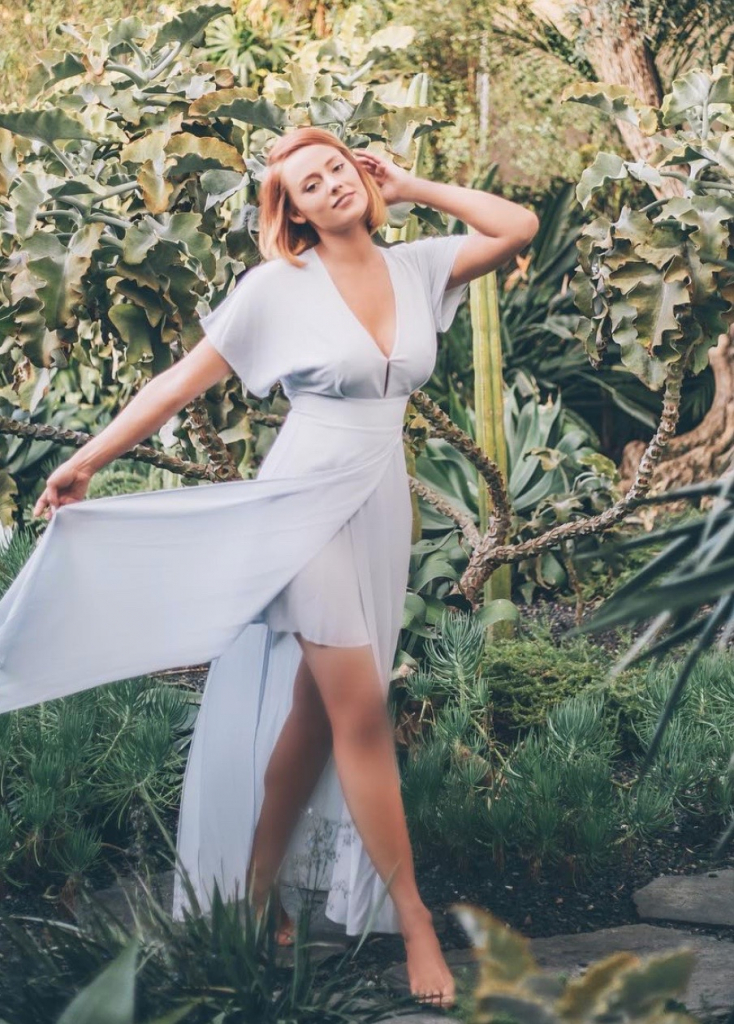 Andy says that there has been a lot of tweets about Kathryn’s jacked up phone with the broken screen, and she proudly announces that she has hit the peak of adulthood and bought a new phone.

We talk about the painful Gwynn’s interview, and then transition into talking about the drug tests that Thomas could order on demand (whilst pouring his third stiff drink).  She explained that she doesn’t mind taking the tests, because she knows she will pass, but she feels that Thomas often ordered them out of spite (or when she didn’t carry out his orders).

Andy tells Kathryn that this season she seems to be getting along well with Thomas (if you’re not keeping up, take a shot), but she admits she’s just numb, but more than that, she’s a survivor.

Thomas stayed with a woman who was rude and disrespectful to the mother of his children for nearly a year, again, seemingly out of spite.  It’s hard enough not to visualize him spontaneously combusting … let alone feeling warm and cuddly.

Cameran Eubanks steps up to say that she sees Kathryn as a victim.  She may have been victimized, but red is nobody’s victim.  She apologizes to Kathryn.  Cameran is crying, Kathryn is crying, Naomie and Shep are tearing up.  The Cameran clips are harsh, but she speaks the truth.

“I don’t think we even know the half of what she’s been through. She’s good at putting on a happy face.”

Kathryn says thanks … sometimes you don’t have a choice. Cue almost any Beyonce song.

Andy says to Cameran that he assumes she watched the scene on the finale where Ravenel’s girlfriend called Kathryn and egg donor.

“Yeah, I think she’s a horrible human being.”

Until the grande finale next week!

Southern Charm Legal Drama: Everybody Is Lawyered Up