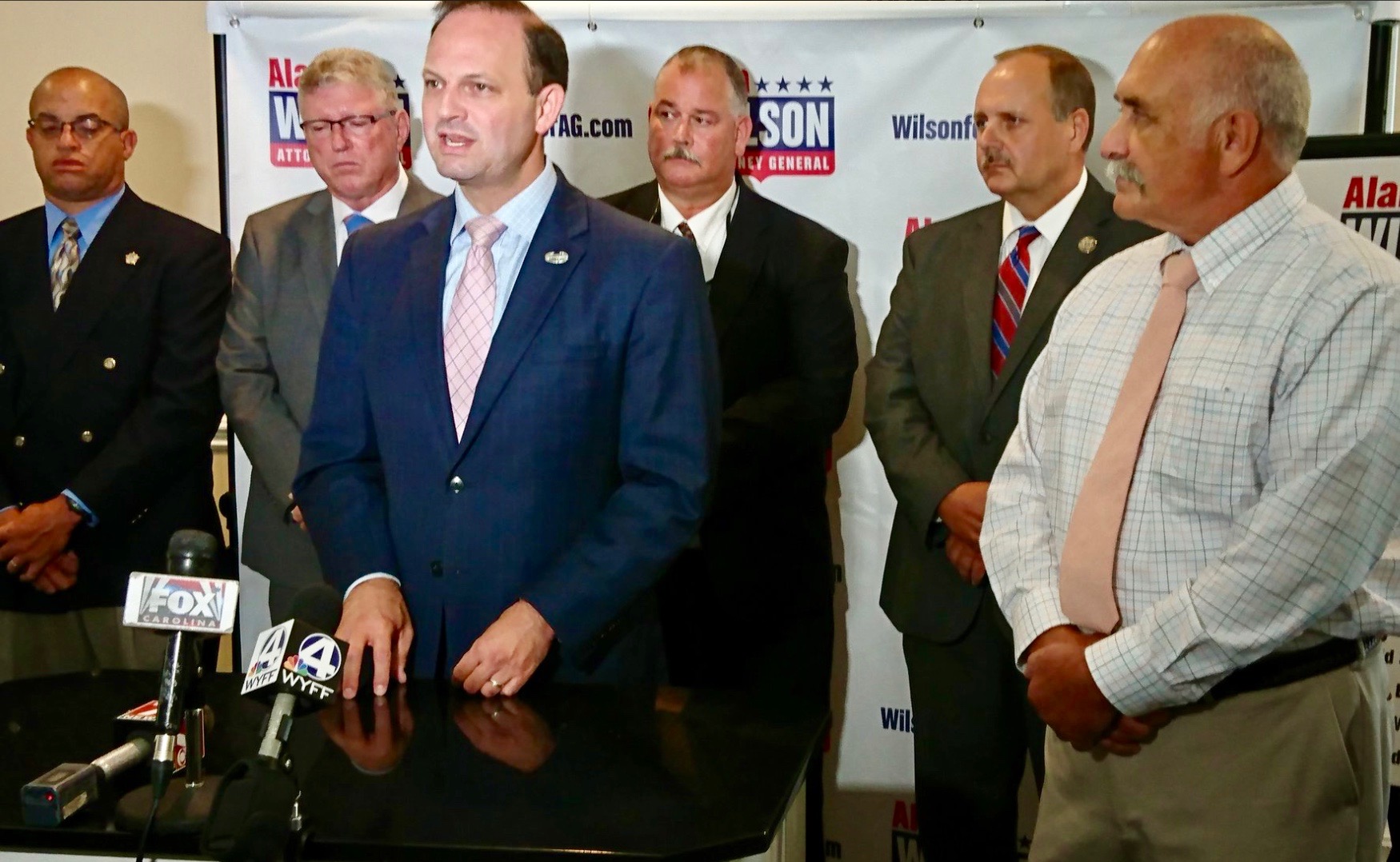 Every sheriff in the South Carolina Upstate is endorsing the reelection bid of incumbent “Republican” attorney general Alan Wilson.  So is state representative Mike Pitts, the only retired cop in the S.C. General Assembly – and a trio of Upstate solicitors.

It’s an impressive law enforcement haul for Wilson in the Palmetto State’s most vote-rich area, and a clear sign of momentum in his runoff race against ethically challenged state representative Todd Atwater.

Again, that’s an impressive showing of support under any circumstances … but it is downright phenomenal considering where Wilson’s political career stood at this point two years ago.

As we noted in a recent update on the attorney general’s runoff, two years ago we would have bet you good money that Wilson wouldn’t even make it into a GOP runoff election – let alone pick up nearly fifty percent of the “Republican” vote on the first ballot.

But Wilson has rehabilitated himself in the aftermath of his scandal … and benefited from drawing a challenger who is arguably the most corrupt member of the state’s notoriously unethical legislative branch.

Atwater is the definition of “pay-to-play,” habitually voting on legislation that benefited his employer, the S.C. Medical Association (SCMA).  This group paid Atwater hundreds of thousands of dollars after his election to the S.C. House of Representatives in 2010 (money he has yet to fully disclose).

All while he was voting for its interests …

This news site first exposed Atwater’s ethically challenged “double-dipping” arrangement several years ago.  More recently, we reported on how he routinely failed to recuse himself from voting on SCMA interests.  In fact, we noted how he took it upon himself to decide for himself when he should (or shouldn’t) refrain from voting – telling the public this self-policing policy was okay because he had erected a “Chinese Wall” between his public and private offices.

Turns out that wall was a wet paper towel …

Earlier this year, we exposed how Atwater took his advocacy a step further – habitually pushing SMCA interests in the legislature even as he was telling the press he “stayed away” from issues involving the group.  Back in March, we reported on questionable raises received by Atwater from the SCMA – raises which came as he was voting on numerous issues near and dear to the heart of his employer (again, something he explicitly told the mainstream media he didn’t do).

So yeah … we get why these lawmen are backing Wilson.