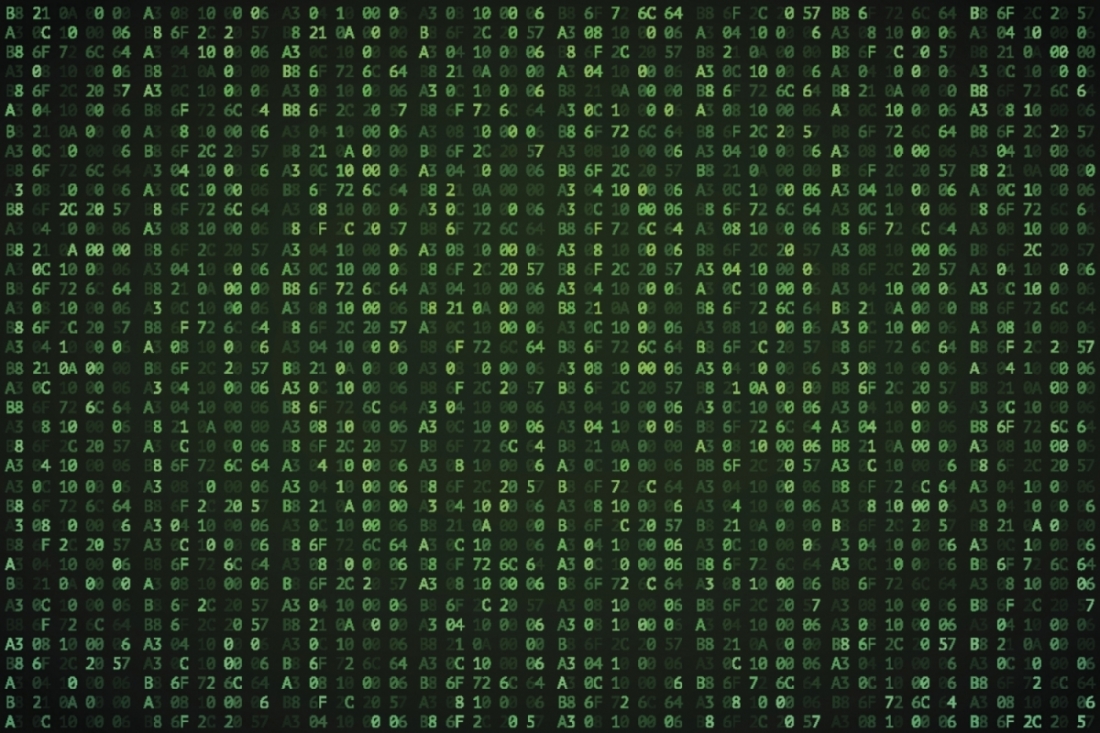 Welcome to the latest edition of #SCMatrix, a new feature of ours which plucks bits and pieces of (hopefully) relevant information from the deluge of data we get related to South Carolina politics.

Our goal in launching this new format?  To get more content into the bloodstream … in the hopes the people of the Palmetto State will be better informed about the various individuals asking them for their votes.  And the issues underlying those campaigns.

Got an item you’d like us to include in the ‘Matrix?’  Email it to us … 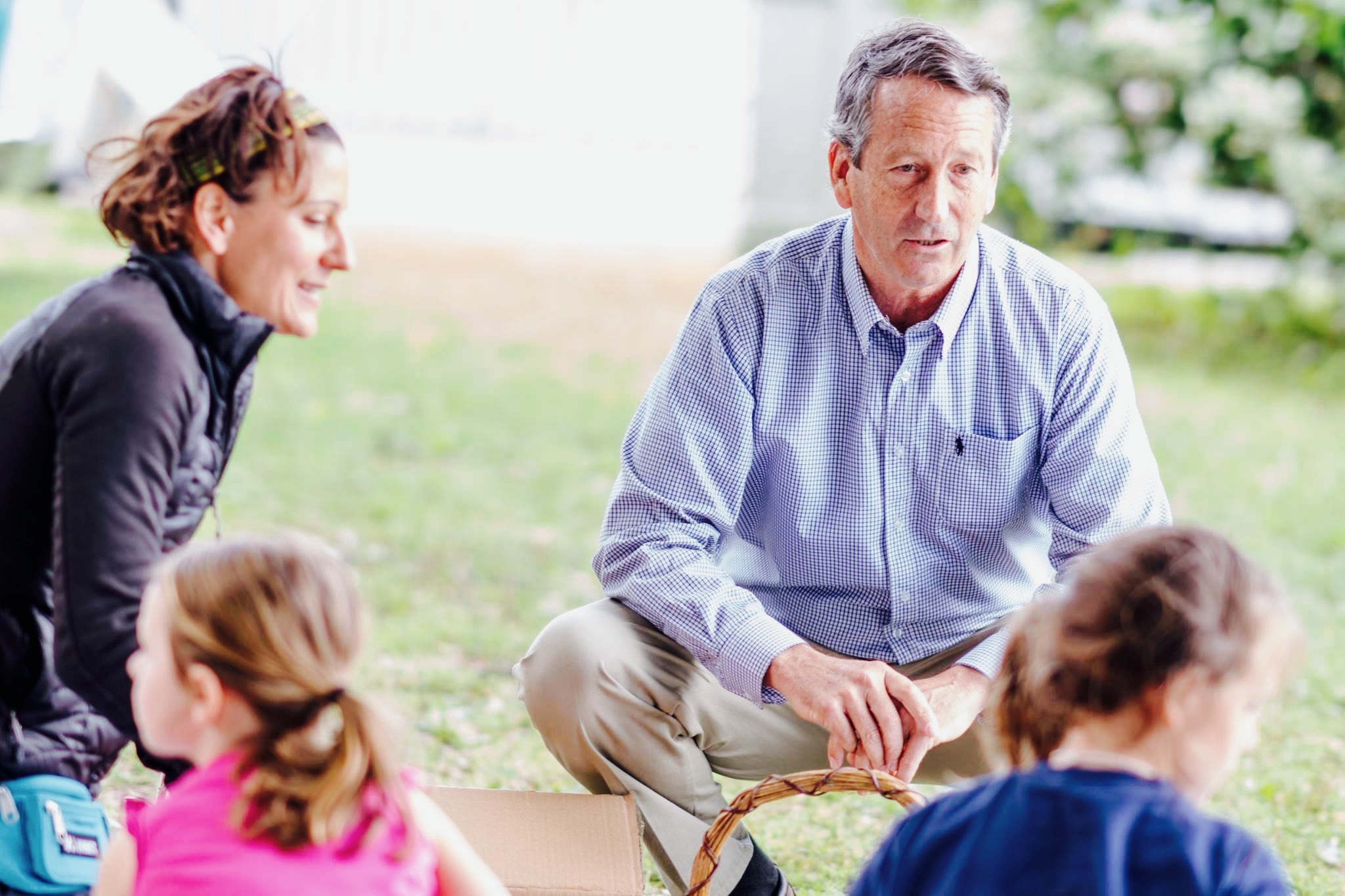 8:45 p.m. EDT: One of the leading limited government groups in Washington, D.C. is calling #NeverTrump “Republican” Mark Sanford (above) one day before he faces voters in the Palmetto State’s first congressional district.

Richard Manning, president of Americans for Limited Government, sent out an email this week urging the group’s supporters to contact Sanford and tell him to stop opposing U.S. president Donald Trump on the issue of illegal immigration.

A group of liberal “Republicans” and hangers-on are threatening to join with Democrats to pass amnesty for illegal aliens. It is vital that you tell your representative, Mark Sanford, to drop his opposition to the President and publicly denounce the efforts of the liberal “Republicans.”

You know as well as I that Sanford has consistently opposed President Trump. On issue after issue, he has lined up with those forces trying to destroy the President and his agenda. He must not do it now.

Please, act immediately. Do everything you can to convince Mark Sanford to stop hurting President Trump’s agenda.

For more information on the illegal immigration amnesty, click here.

Sanford’s hypocrisy on this issue was called out not long ago by his primary opponent, first-term state representative Katie Arrington.  We are glad to see it getting additional traction.

8:22 p.m. EDT: The Club for Growth – a Washington, D.C.-based special interest group – spent $7 million during the 2016 presidential election cycle attacking U.S. president Donald Trump.  Now the organization is spending big bucks in the South Carolina fourth congressional district (#SC4) trying to label a pair of candidates as being insufficiently loyal to the president.

Good question.  As if that weren’t sufficiently ironic, the candidate they are endorsing in this race – Upstate radio host Josh Kimbrell – is arguably the biggest #NeverTrumper running for this seat.  Obviously this news site is no longer in the business of defending the president, but that strikes us as exceedingly hypocritical.

That’s a clip run by Our American Century, a pro-Trump super political action committee that apparently has no compunction whatsoever when it comes to taking on the Club for Growth.

Our guess?  They’re going to be busy during the upcoming election season …

8:11 p.m. EDT: The pollster who has consistently nailed the results of elections in South Carolina (and beyond) in recent years released an election eve survey of the “Republican” gubernatorial primary on Monday afternoon.

Robert Cahaly – senior strategist with The Trafalgar Group – tweeted his latest poll results showing incumbent governor Henry McMaster leading the field with the support of 43.6 percent of the GOP electorate.  Challengers John Warren (21.92 percent) and Catherine Templeton (21.43 percent) were within a half a percentage point of each other in second and third place, respectively. 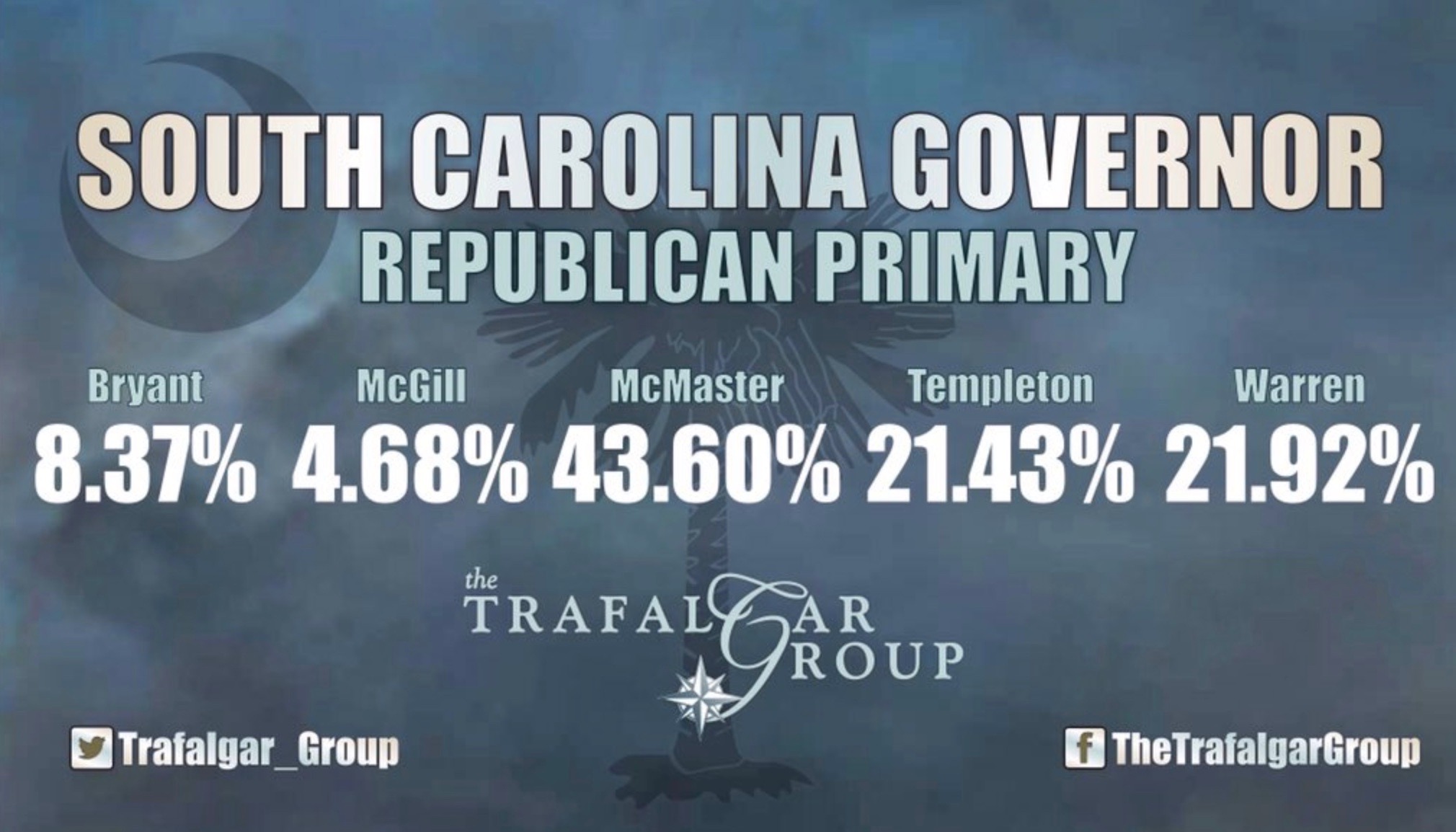 The soothsayer tweeted that Warren’s previous advantage over Templeton had “dissipated” and that the Lowcountry labor attorney – who has been ferociously attacking Warren over the past week – was “closing strong.”

8:05 p.m. EDT: The race for attorney general of South Carolina hasn’t been nearly as competitive as we thought it would be.  “Republican” Alan Wilson – an incumbent we felt was ripe for the taking – managed to draw two totally underwhelming challengers, ethically challenged state representative Todd Atwater and left-leaning Greenville, S.C. lawyer William Herlong.

Recent polls show Wilson enjoying a sizable lead over Flotsom and Jetsam … due in no small part to a television ad we were forwarded this week highlighting the undesirable trails of the two challengers.