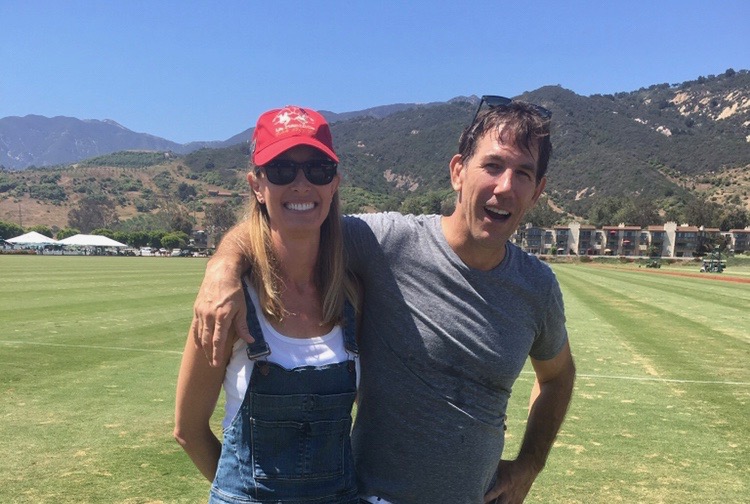 by AMY FEINSTEIN || Luzanne Otte, 37, never wanted to be on a reality show, or even have a public life, but she feels as if she’s been living one involuntarily since briefly dating Thomas Ravenel of Bravo TV‘s Southern Charm in the spring of 2017.

I’ve had the chance to chat with Luzanne over the course of the last two months, encouraging her to tell the story of her brief and frightening encounters with Ravenel – which she wrote off at the time as a bullet she had dodged.  But months later, it turned into a cyber-bullying fiasco involving Thomas and his current girlfriend, Ashley Jacobs, who together with other like-minded individuals trolled her mercilessly, contacted her place of employment with false allegations and bombarded her with unspeakably nasty messages at her home in Los Angeles.

Luzanne prefers to stay behind-the-scenes.  She likes hard work and eschews the limelight.  But when she heard the details of Ashley Perkins’ and Nanny Dawn’s stories about Ravenel, the alleged “switch-flipping” of his moods struck her as eerily familiar – particularly later in the evening after Ravenel had put away a few drinks.

She knew she needed to add her story in the hope that others might not feel so alone.

Now Luzanne’s story is being told by international media outlets like The Daily Mail.  It is also serving as yet another point of reference for those investigating the allegations against Ravenel.

Here is my chat with Luzanne …

AMY: When and where did you first meet Thomas Ravenel?

LUZANNE: I met Thomas in Spring 2017 at a cocktail party hosted by Patricia Altschul in Charleston.  At the time, I was not interested and did not accept subsequent invitations.  In June, Thomas met with Patricia where he disclosed that the woman he had been dating, Ashley Jacobs, was ‘not a substantial woman’ and he wanted to be with an educated, cultured woman.  Thomas requested that Patricia put in a good word and confirmed his intention to break up with Ashley to date me. 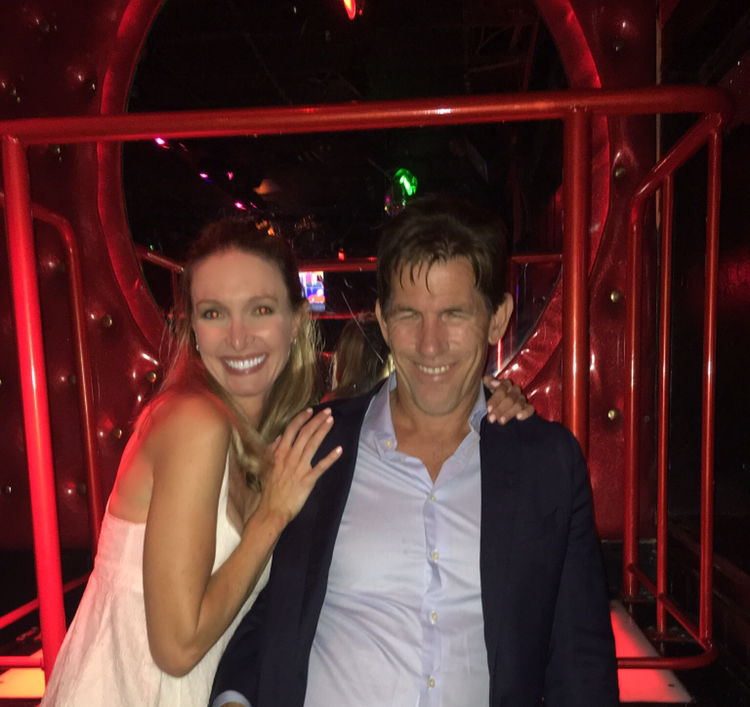 AMY: What made you decide to give him another chance?

LUZANNE: Patricia Altschul is like a second mother to me, and I respect her opinion greatly.  If she saw something in Thomas, I could give it some time to see if it is a relationship worth pursuing.  He told me he had broken things off with Ashley, and that he wanted to see me.  He came out to California for polo, and we spent a few says together and had a nice time.  Thomas can be charming.  But soon after that when I came to Charleston, I discovered a different person.

He seemed fixated on his ex, Kathryn Dennis, and wondering why she hadn’t failed a drug test, sounding hopeful that she would. Thomas spoke out in public saying it would be better off if she overdosed. He continued to say horrific things about Kathryn and her mother that I found chilling.

AMY: How many times did you go out with Thomas? Was it ever exclusive?

LUZANNE: We went out maybe eight times total, so the equivalent of a week? Exclusivity never came up. He did ask me if I would relocate to Charleston, and if I would be willing to be on Southern Charm. My answer was no on both counts. It’s ironic that it sounded unappealing to have your life be so public, and now Ashley and Thomas have put my name out there. 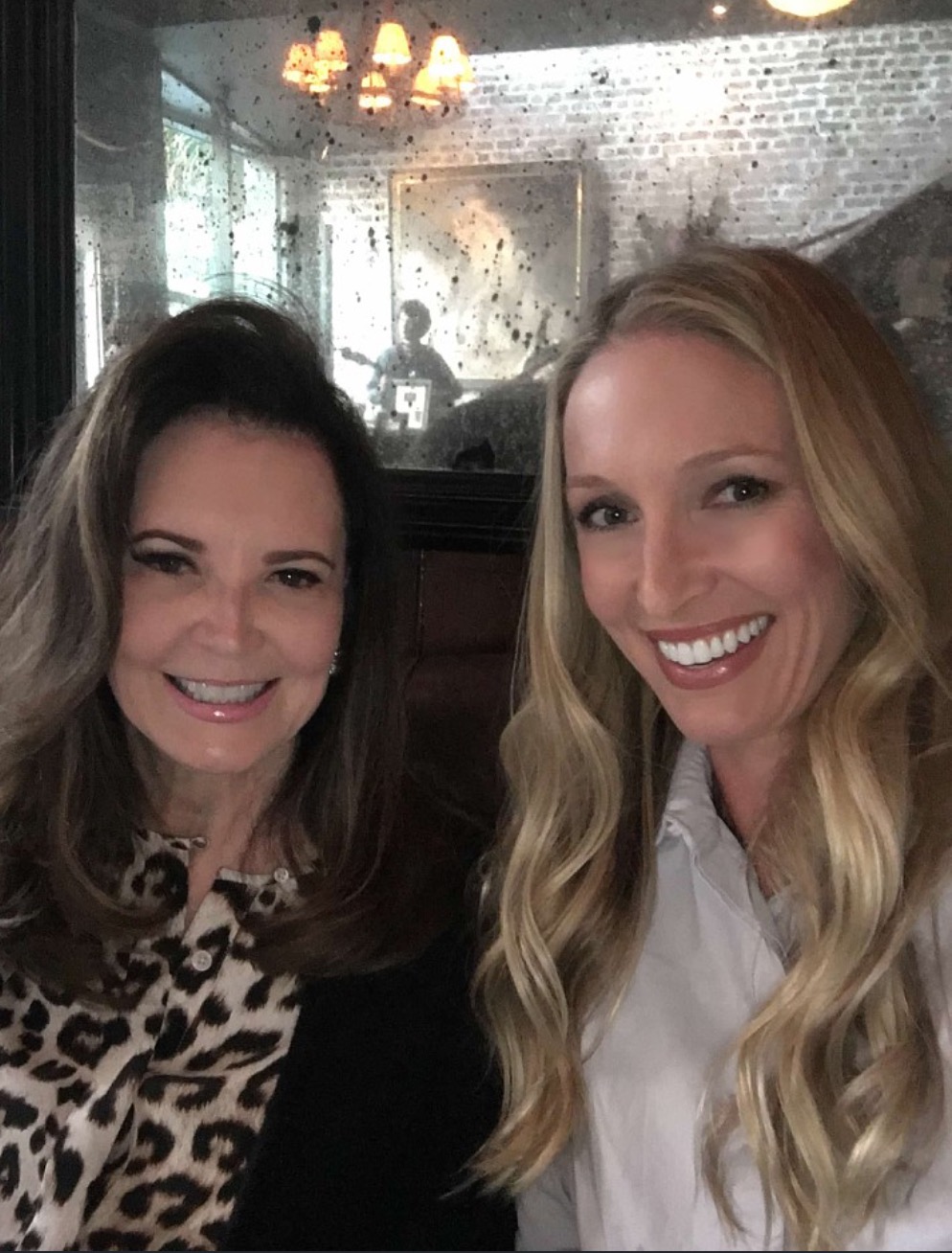 AMY: What made you decide to end things with Thomas Ravenel?

LUZANNE: In general, I was leery of pursuing a relationship with a convicted felon.  During the week we dated, it was evident that Thomas derived a sadistic pleasure from highlighting weakness in others.  Where no weakness could be found, he issued malicious falsehoods with impunity and without compunction.  I do not keep the social company of that kind of individual, much less a romantic relationship.  In particular, a disturbing altercation on our last day together confirmed that he was, at best, a liability.

LUZANNE: We had returned back to his house after what I thought was a nice dinner and I was getting my things together to head home.  I heard yelling from downstairs and thought Thomas was on the phone.  I looked out to see that it was me that Thomas was screaming at, and he was stomping up the stairs.  Thomas was in a trance-like state, but he was screaming, saying the he knew I was having sex with the neighbor.  I had never even met his neighbors, nothing made sense.

He got close to me and tried to physically intimidate me, cornering me for a minute, but I was able to get around him.  He was right in my face, screaming.  He didn’t hit me, but it was almost scarier than being hit.  I tried to calm him down, and offered to go and get him a glass of water so that I could go downstairs.

When I calmed myself down and returned upstairs, Thomas was lying down, but something was still off.  He seemed almost possessed.  I thought it better to pack my things and go to Patricia’s house.

Thomas apologized the next day, but I had no interest in continuing the relationship. Out of respect for Patricia I didn’t freeze him out, but I sent him a
note making it very clear that it was over. 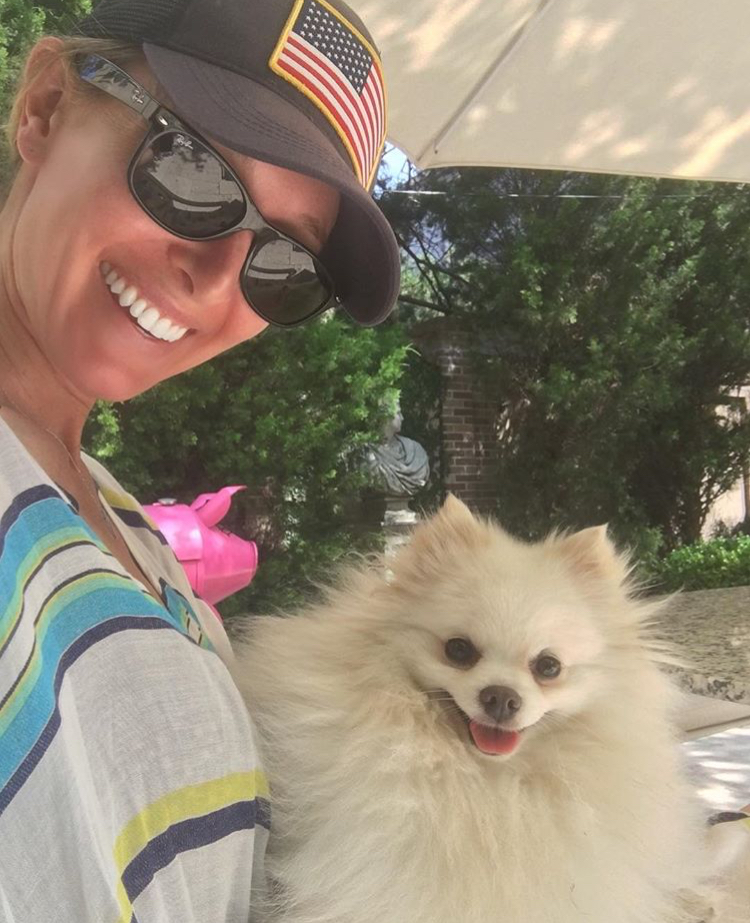 AMY: So you thought that was it, and the whole event was behind you, but then you saw your name in a reality television blog, and saw that Thomas and Ashley were both accusing you of stalking?

LUZANNE: Yes. It all started in late January, six months since I had last seen Thomas, or spoken to him. Thomas and Ashley Jacobs had been posting my first name all over social media for a few days. The first time I saw my first and last name in print was on a gossip blog, administered by a friend of Thomas and Ashley. This continued over and over again, and I was being accused of stalking and wanting a relationship with Thomas. Neither of those things were true.

Ashley had ranted to Patricia that I was running fake accounts to troll her after she had done a deep dive into Thomas’ email and texts and found out that he had dated me and wanted me to relocate first, before he asked he.  I told Patricia I was happy to talk to her and assure her that I had no interest in Thomas, but she refused.  I thought it would stop, because Thomas knew the truth, but the worst was yet to come.

AMY: What was the lowest point?

LUZANNE:  The physical threats have been the most frightening, but the accounts created to impersonate and mock my family have been the most painful.  Being terrorized for five months without interruption has transformed my view of humanity.  Prior to meeting Thomas, I had not been exposed to the abject hatred of strangers.  The wounds inflicted during this tribulation would not be healed without the foil of an overwhelming amount of kindness from strangers.  Dark times have a way of revealing the best of humanity.

AMY: You went to law school, have you tried legal recourse?

LUZANNE:  To address the reckless and scurrilous character assassination, I sent an Order to Cease and Desist to Thomas, Ashley Jacobs, and All About the Tea in February.  To address the criminal issues, I have reported multiple incidents to law enforcement agencies, and can prove it.

AMY: Why do you think Ashley and Thomas continue the assault on you and your character, as you obviously want nothing to do with them?

LUZANNE:  Thomas and Ashley’s uninterrupted and systematic attacks defy all reason.  If I have learned anything from this experience, it is that attempting to apply reason to the unreasonable is an exercise in frustration.

AMY: So you are saying that you have never stalked Ashley or Thomas, and never created any fake accounts to troll them, or spread rumors about either of them?

LUZANNE:  As the cast of Southern Charm will confirm, I had never messaged any of them about Ashley Jacobs.  If they don’t like her, it’s because of her behavior.  I did not mention Jacobs’ name until January 2018 when she would not stop mentioning mine.  She was irrelevant to me.  Now Jacobs is relevant to me only to the extent that she has recklessly and systematically terrorized me for five months.  From inciting her followers to threaten my physical well-being which requires me to get authorities involved to creating accounts to impersonate and mock my relatives, to using her public platform to defame me with reckless falsehoods on podcasts and interviews.  I am innocent of every outlandish accusation.  For a private citizen to be preyed upon in a campaign of character assassination is profoundly unjust.