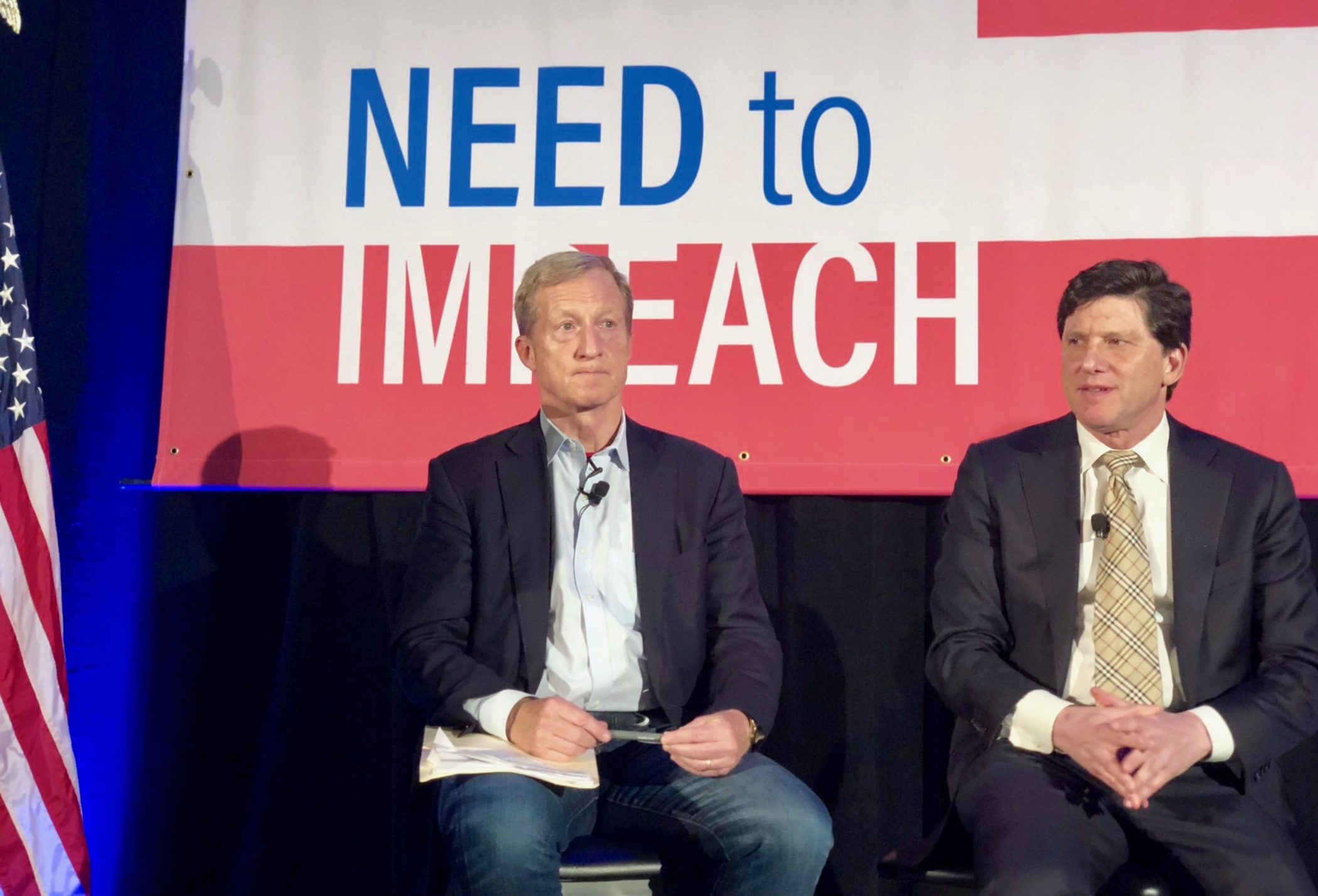 Tom Steyer is a billionaire hedge fund manager, liberal mega-donor and the leader of an effort to impeach “Republican” president Donald Trump.

He’s also deeply involved in the 2018 election cycle … hoping to lend his financial support to what he hopes is a looming blue wave.

Steyer’s advocacy ahead of this “wave” includes several state races … including gubernatorial contests.

Just last month, the 60-year-old New York native (who now lives in San Francisco) pumped a whopping $13.5 million into one of his political action committees – brining his total for the 2018 cycle to just under $20 million.

This week Steyer will bring his well-funded brand of left coast activism to the Palmetto State, appearing on Wednesday evening (7:00 p.m. EDT) at a town hall in downtown Columbia, S.C. (1208 Washington Place).

Steyer’s appearance is on the radar of the Republican Governors Association (RGA) – which has been all sorts of involved in the 2018 Palmetto State gubernatorial contest.  The group is using his appearance as an opportunity to challenge the three Democratic gubernatorial primary hopefuls – Phil Noble, James Smith and Marguerite Willis – as to whether they will “join him and endorse his extreme positions.”

“South Carolina’s Democrat gubernatorial candidates owe voters a straight answer,” the group stated in a release.  “If Smith, Noble, and Willis plan on accepting assistance from Steyer on the campaign trail, they should tell voters if they support bringing his extreme agenda to South Carolina if elected.”

Obviously Noble and Willis have no problem embracing Steyer’s “extreme agenda.”  Both have veered about as far left as you can go in a Democratic primary – although Noble is lacking in resources and Willis is lacking in, um, “delivery.”

That means this hit – like most of the RGA’s offerings – is really targeted at Smith, the Afghan War veteran and former S.C. House minority leader who along with his glamorous running mate Mandy Powers Norrell represents Democrats’ only (albeit slim) chance of winning the governor’s mansion in November.

Will Smith and Norrell take the bait?

We’ll also have to see whether Steyer weighs in on the race during his visit to the Palmetto State … which could possibly presage his intentions come the fall.

Bottom line?  All the money in the world isn’t going to get Noble or Willis elected in November …

Democrats haven’t won a statewide office in South Carolina since 2006.  And they haven’t won the governor’s mansion since 1998.  Hell, they can’t even find candidates to fill a statewide ticket.

Their only shot at a win?  Nominating Smith and Norrell … and then hoping beleaguered incumbent “Republican” Henry McMaster somehow manages to stave off his credible opponents in the GOP primary next month (which is looking decreasingly likely by the day).

Got something you’d like to say in response to one of our stories? Please feel free to submit your own guest column or letter to the editor via-email HERE. Got a tip for us? CLICK HERE. Got a technical question or a glitch to report? CLICK HERE. Want to support what we’re doing? SUBSCRIBE HERE.
Banner: @TomSteyer