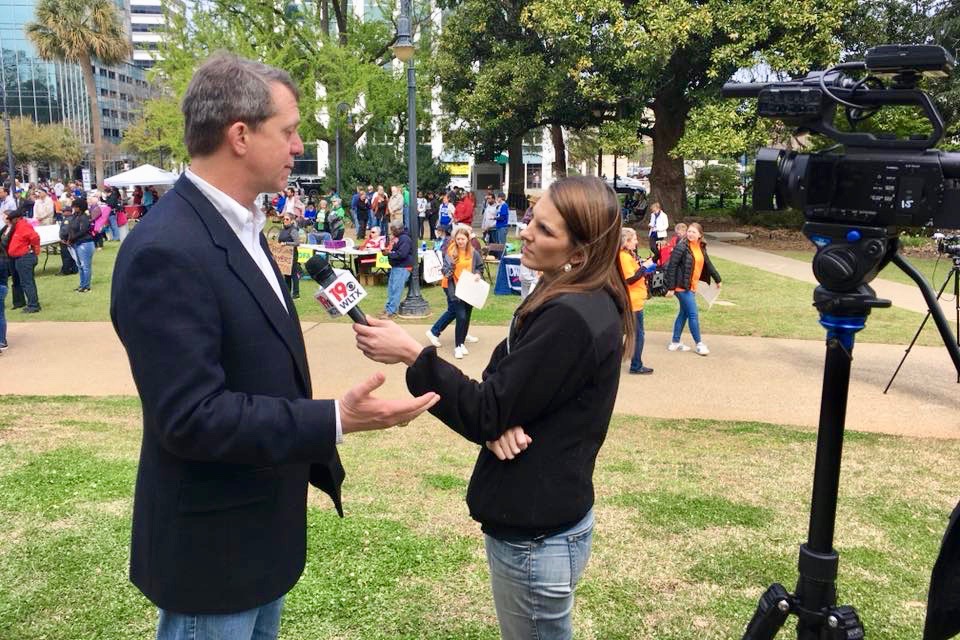 Within the matrix of political messaging there are patterns.

If you can learn to spot them, you can get a sense of the truth behind the spin … the underlying currents, so to speak.   One pattern we’ve noticed?  The Republican Governors Association (RGA)’s keen interest in the candidacy of South Carolina Democratic gubernatorial candidate James Smith.

The former S.C. House minority leader is currently facing a pair of credible challengers in his bid to win his party’s nomination for governor.  Both of these candidates – Charleston, S.C. businessman Phil Noble and Florence, S.C. attorney Marguerite Willis – are courting the far left fringe of the Palmetto State’s perpetual minority party, which hasn’t won a statewide race in a dozen years and hasn’t won a governor’s race in 20 years.

As we’ve previously pointed out, this is a dream scenario for “Republicans” – who are hoping Noble and Willis will push Smith as far to the left as possible over the next fifty days (all the while weakening him and draining his resources).

But the RGA ultimately doesn’t care about Noble or Willis – whose overt progressive leanings render both of them unelectable in “Republican-ruled” South Carolina.

The organization is far more worried about Smith, an attractive Afghan War veteran who could conceivably make trouble for “Republicans” come November (especially if GOP primary voters select their doddering incumbent governor to represent them on the ticket in the fall).

“Struggling to stand out to South Carolina voters as polls show him locked in a tight race for his party’s nomination, liberal politician James Smith is now receiving heavy criticism for ducking a Democrat gubernatorial debate,” the latest release from the RGA noted. “Both of Smith’s rivals, Phil Noble and Marguerite Willis, attacked Smith for refusing to attend the televised event at Furman University over this past weekend, and asked the South Carolina Democrat Party to weigh in on his absence.”

Smith was actually in Chicago attending a meeting of the Democratic Governors Association (DGA) at the time.

Making the RGA targeting of Smith even more interesting?  The group’s rumored affinity for Catherine Templeton – one of the four GOP candidates challenging the doddering “Republican” incumbent, Henry McMaster.

The math here is simple: If the November election winds up pitting Templeton against either Noble or Willis, the GOP is all but guaranteed a victory. In fact, we don’t see a general election match-up that Templeton loses – assuming she can win her party’s nomination in June.

The same probably goes for Upstate businessman John Warren or lieutenant governor Kevin Bryant, both of whom are also hoping to knock off McMaster in June.

What if McMaster wins, though?  What if by some miracle his promised “air war” pays electoral dividends and he is able to capture the GOP nomination?

At that point, all bets are off … especially if Smith is the Democratic nominee.

McMaster is badly wounded already, and could be fatally wounded by the time November rolls around.

The RGA knows this … which is why in addition to favoring Templeton behind the scenes, it is also working overtly to torpedo Smith’s candidacy during the Democratic primary.

It’s all about securing the most favorable matchup for “Republicans” in the fall.

#NukeGate: Deal Is Down To Henry McMaster