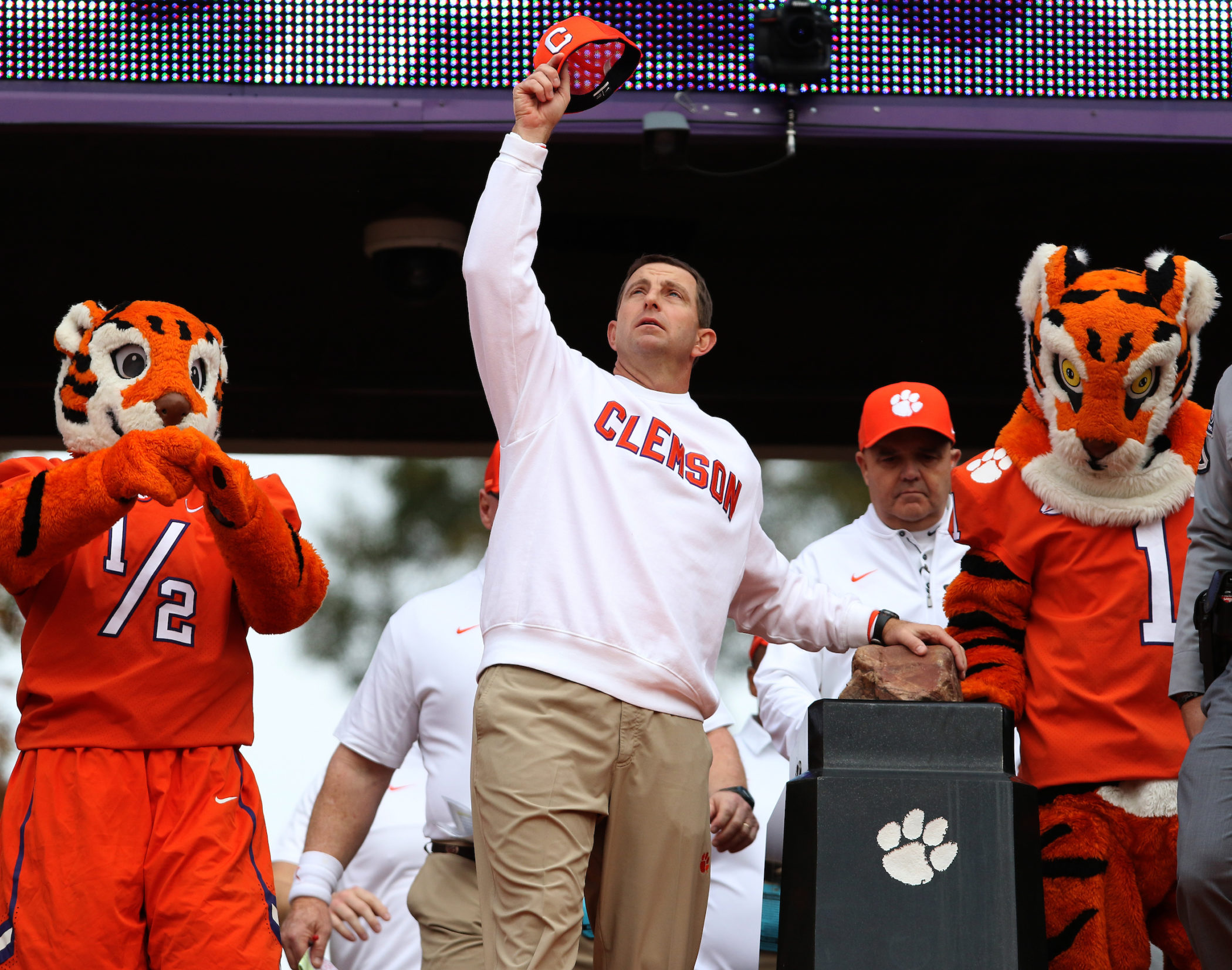 Clemson University’s football program is losing yet another backup quarterback …

Johnson – the No. 21 overall talent in the 2017 class – is a 6-foot-2, 210-pound pro-style signal-caller from Brownsburg High School in Brownsburg, Indiana.  In seven games last season, he completed 21 of 27 passes for 234 yards with two touchdowns and one interception – good for a 167.6 pass efficiency rating.

As good as Johnson was (he was the No. 1 player in Indiana and the No. 2 overall quarterback in the nation coming out of high school) there just wasn’t room for him at Clemson – which is in the midst of a golden age of competitiveness that includes three straight appearances in the College Football Playoff (including two trips to the national championship game and a title in 2016).

Swinney wished Johnson “all the best” as he left the program.

“While it is always disappointing to lose a great person and a great player, I am so thankful to have had the opportunity to work with Hunter and watch him grow and develop over the last year and a half,” Clemson head coach Dabo Swinney said.  “Hunter is one of the best young men I have ever coached and has a very bright future ahead of him.”

“I wish him all the best as he decides on his destination,” Swinney added.

Where will that be?

Purdue, most likely.  Or maybe Northwestern.  Or perhaps even Kentucky – which was Johnson’s original list of finalists when he chose Clemson.

Johnson will have to sit out the 2018 season, but he will have three years of eligibility remaining after that.

The young quarterback thanked Swinney and the Clemson staff for “giving me the opportunity to be a part of something special.”

“I’ve met some amazing people who I will forever call family,” he said.  “I am a better man and a better football player because of my time spent at Clemson.”

Clemson’s quarterback job this season will fall to either Kelly Bryant – a rising senior who led the Tigers to a 12-2 record last year – or incoming true freshman Trevor Lawrence, the No. 2 prospect in the class of 2018 and an early enrollee at the school.