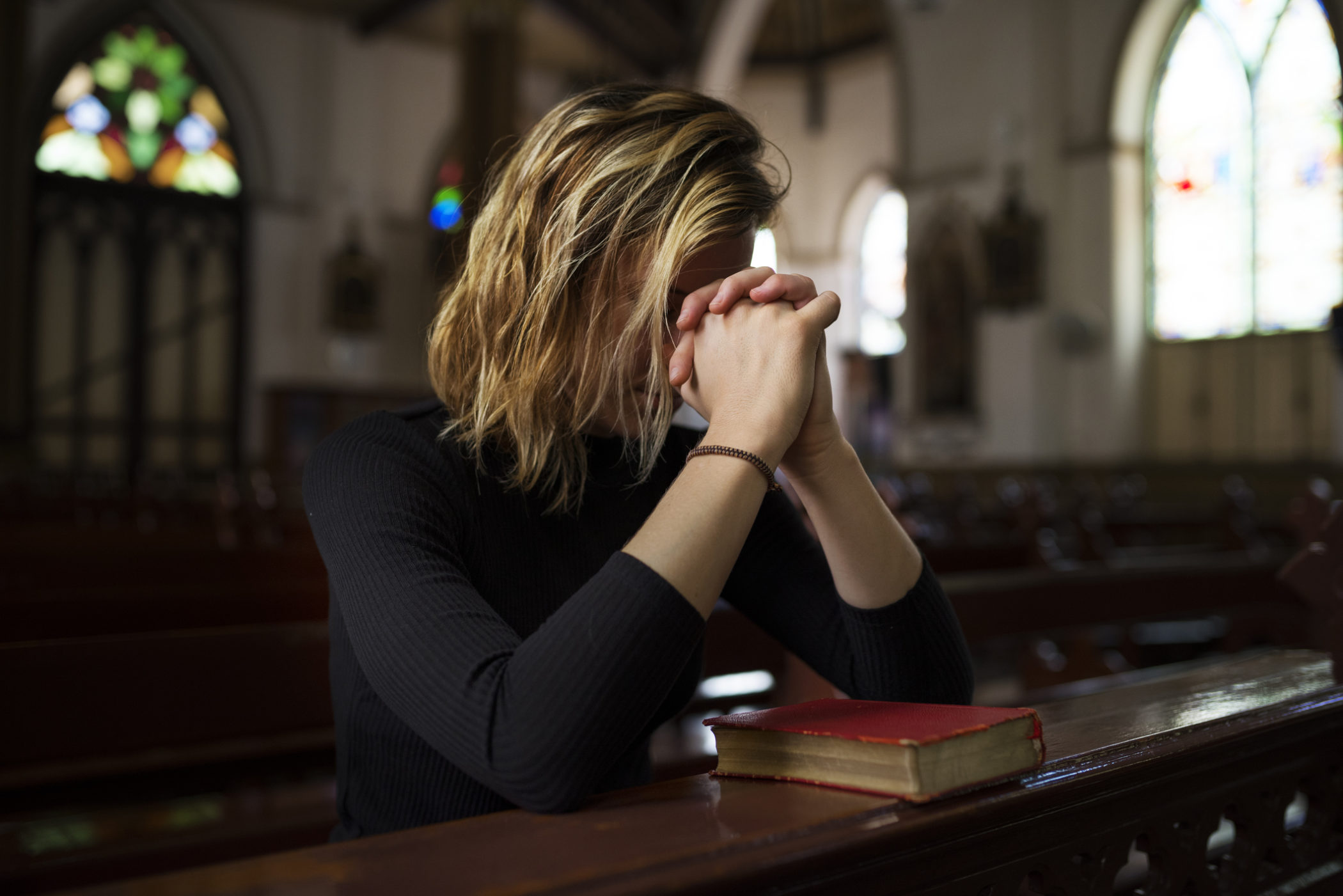 DEMONIZING COMPASSION IS NOT THE ANSWER TO VIOLENCE AND HATRED … IN FACT, IT MIGHT JUST BREED MORE OF BOTH

As the United States grapples with yet another mass murder at one of its government-run schools, the fallout from the carnage is all too familiar.

In fact, the script has become so predictable you could almost set your watch to it …

First comes the radically reflexive call to grab guns from the hands of millions of Americans who had absolutely nothing to do with the tragedy.  Americans who – in point of fact – might have been able to stop/ mitigate the tragedy had they been there with their guns.

Of course many pro-gun advocates aren’t much more circumspect in their rush to politicize death …  often engaging in the same post-shooting vitriol.

As for this news site?  We try to wait at least a day before attempting to leverage a tragedy for ideological purposes.

“We wanted to wade into the politics of gun control yesterday … but we just couldn’t bring ourselves to do it,” we wrote in the aftermath of the October 2017 Las Vegas shooting.  “People were dying, bleeding, grieving …”

Nobody waits anymore, though.  Nanosecond after the news breaks, the hate begins to flow.

Next comes the morbid obsession over the body count – a sick fascination with the grisly details of exactly how each individual life was snuffed out.  And yes, every one of those details is fed into the preordained narratives.

Hours later, we get around to the identification/ “celebritization” of the killer – what motivated them, what specific weapons and ammunition they used, manifestos they may have posted to social media, what political party they belonged to (as if there is a difference) and who ought to play them in the made-for-television movie of the massacre.

The people who died?  They’re just a number.  And the bigger the number, the better for ratings (and manufacturing political hay).

Of course much of this ground we’ve plowed previously … and you’re no doubt watching all of it unfold on your televisions/ computer screens right now, so we won’t belabor the point.

But there’s a new component to this “new normal” that’s worth acknowledging as America responds to the murder of eight students and two teachers by a 17-year-old student at Santa Fe High School in the suburbs of Houston, Texas on Friday morning. 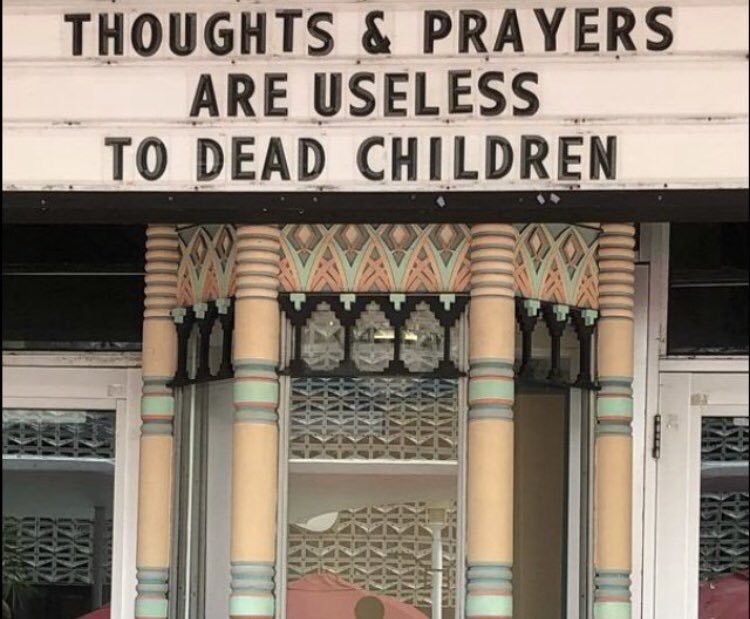 In case you hadn’t noticed, “thoughts and prayers” are exceedingly unpopular at the moment … as evidenced by the visceral reaction to anyone who has attempted to offer them in response to what happened in Texas early Friday morning.

Seriously: People are more pissed at “thoughts and prayers” right now than they are with the latest kid murderer.

“Spare us your thoughts and prayers and do your job,” Dallas mayor Mike Rawlings said in a statement addressing elected officials who, according to him, have been insufficiently aggressive in restricting lawful gun ownership.

Ironically, Rawlings’ statement came just hours after the Sante Fe Independent School District (SFISD) specifically asked the public to pray for those impacted by the tragedy.

Heed that request at your own peril, though.

You say: “thoughts and prayers.”

You know… I really don't understand why we need the Secret Service!! Can't they just protect @realDonaldTrump with "thoughts and prayers?" #GunControlNow

The only “thoughts and prayers” I have is that there’s a special place in hell for everyone who continues to defend and promote asinine pro-gun propaganda at the expense of tens of thousands of American lives, many of whom are children.

Those are some of the more polite musings, too …

To be clear: This news site has stood up to Bible-thumping politicians for years.  It’s not that we don’t love God (we do).  We just don’t believe government has any business invoking God as it discharges its core functions.

We’re libertarians who believe in freedom of religion … rendering unto Caesar what is Caeser’s in the hopes he doesn’t make a complete goat rodeo of the country (oops).

In a larger and more permanent sense, we come from the “judge not, lest ye be judged” school of Christianity.  Our job?  To love and forgive others as our God loves and forgives us.  What is not our job ?  Determining someone else’s eternal destiny … whether they pulled a trigger in anger or took a bullet in fear … or whether they sensationalized/ exploited suffering to advance their political agendas.

But back to those “thoughts and prayers.”  Here’s the interesting thing: They are needed now more than ever.

As much as our libertarian roots recoil at the thought, there’s a case to be made that removing God – and prayer – from our government-run schools (and from our culture in general) has contributed to the sort of violence we saw this week.

Seriously … you never saw kids shooting up sock hops, did you?  Or raining bullets on early 1990s proms blaring “Ice Ice Baby”/ “Nothing Compares 2 U?”

Also, isn’t it a little bit ironic that this was the very school district at the heart of the U.S. Supreme Court’s landmark 2000 ruling on school prayer?  Actually that ruling wasn’t even about prayer in schools, it was about student-led, student-initiated prayer at Santa Fe High School football games.

Which according to the justices was unconstitutional … 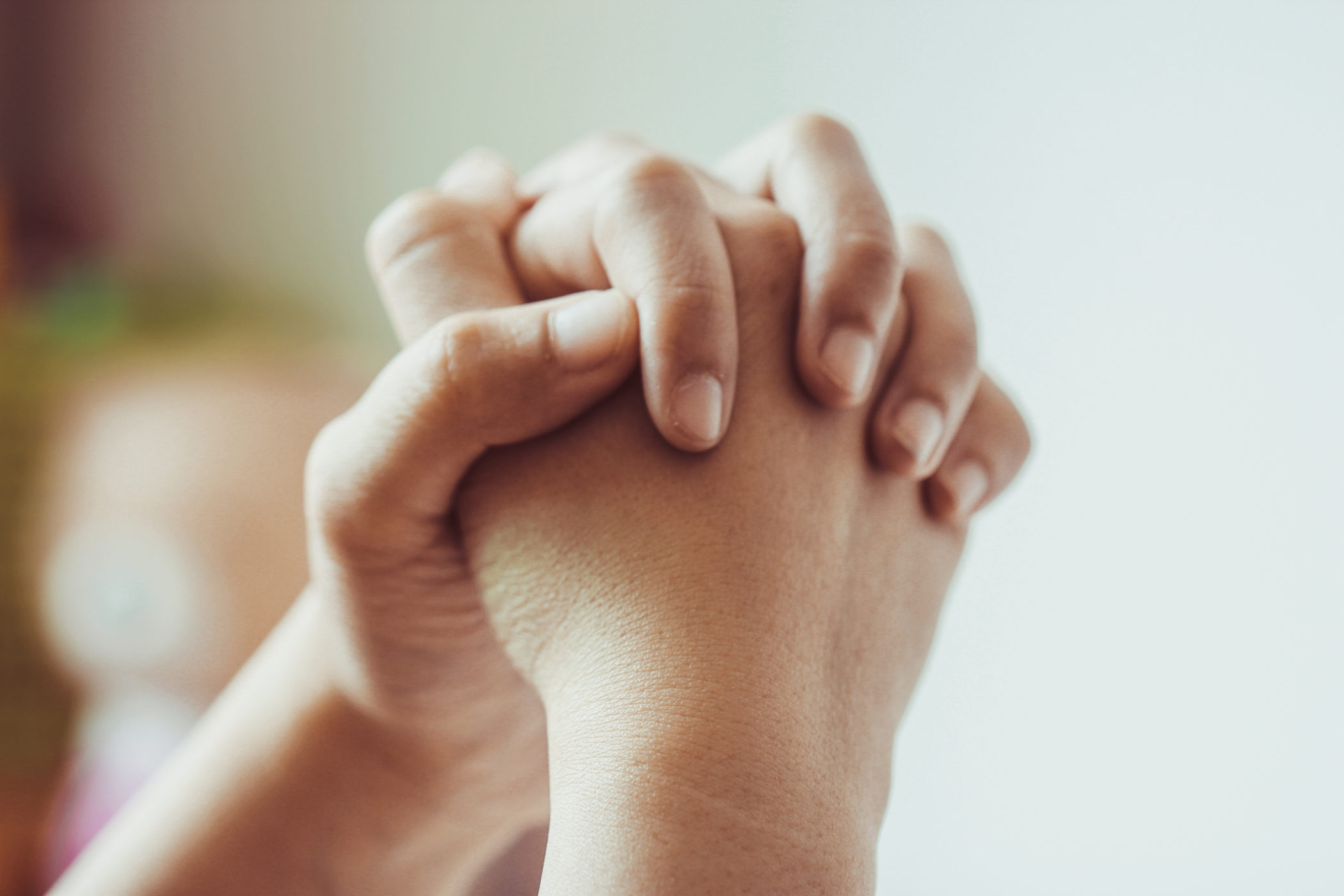 Bigger picture: We need to start asking ourselves some basic questions as a society.  Like is it safe to keep compelling students to attend ineffectual government-run education monopolies?

We know it’s not good for them academically … but are these bastions of increasingly liberal herd-think also becoming hazardous to their health?

Honestly: Wouldn’t these kids be better educated someplace that was accountable to the marketplace?  Perhaps even someplace that permitted “thoughts” and (gasp) “prayers?”

Obviously that’s a discussion for another day … but it needs to be had sooner rather than later.

In the meantime, whatever you think about government-run education, violence in our schools, prayer in our schools or the Second Amendment … do us a favor: Don’t stop thinking about other people.  And don’t stop praying for them.  Especially those who are hurting, lost, angry or confused.

And no, we’re not talking about the politicians Ctrl-C, Ctrl-V-ing a press statement … we’re talking about you.  Right now.  Reading this.

Whatever God you believe in – or even if you don’t believe there’s a God – your prayers and thoughts absolutely matter.  Because at the end of the day, if they are offered genuinely and accompanied by true faith then they express the sort of shared humanity that will get our country through times like these.

No matter what we believe … or what anyone else believes …

Conversely, mocking those who genuinely offer their thoughts and prayers manifests the sort of hatred that brings us all down – and breeds tragedies like this.

Look, we don’t claim to have all the answers.  On this or any other issue.  Usually when people in a sinful world endeavor to hurt other people, there are no answers.  Nor is there anything we can do to stop them.

We do know this, though: There is absolutely nothing to be gained by demonizing those who genuinely express sympathy, empathy, compassion and love in the face of evil.  All that does is breed more evil.