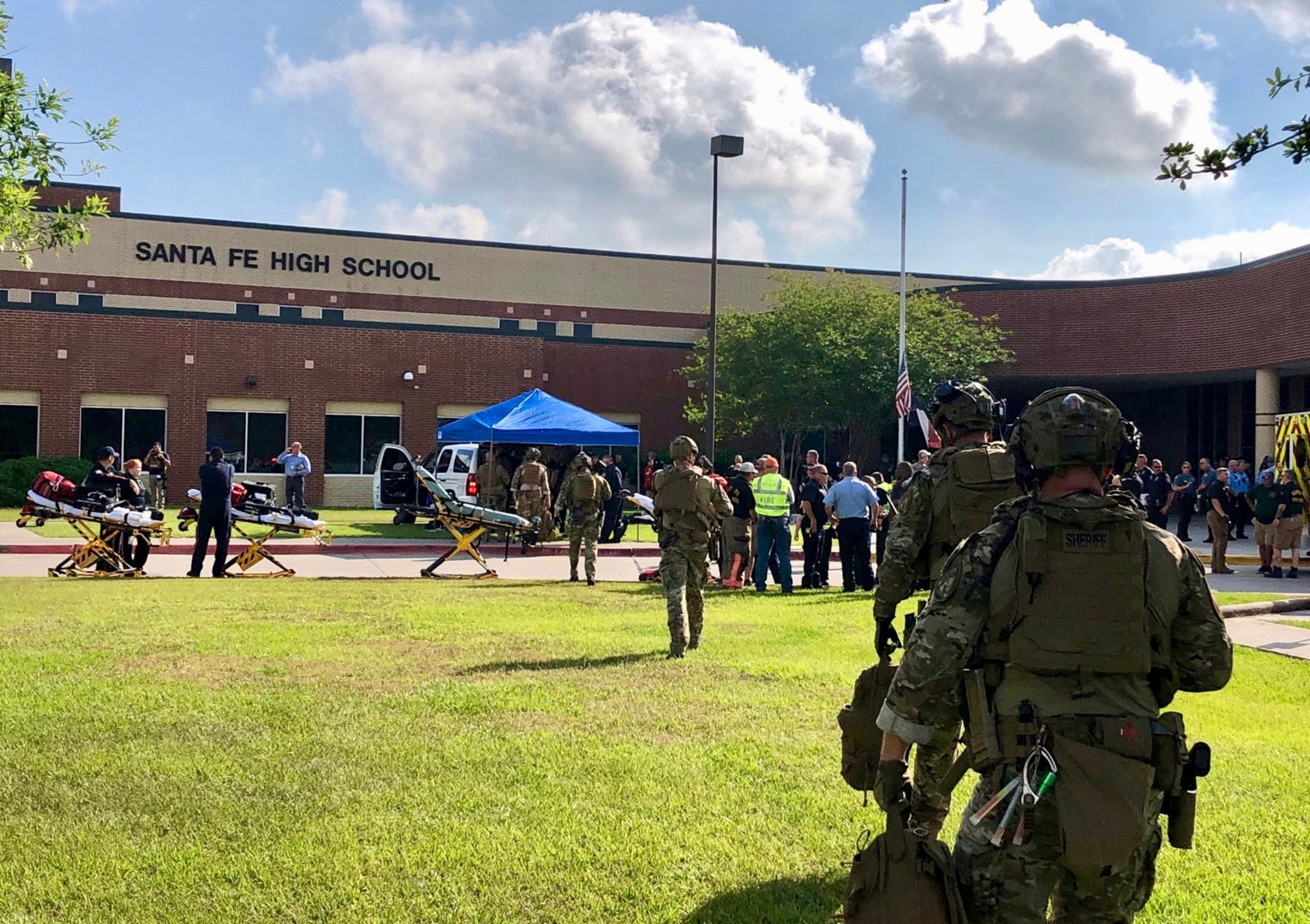 At least ten people were killed and a dozen more wounded during a shooting early Friday morning at Santa Fe High School – a school of approximately 1,400 students located in the suburbs of Houston, Texas.

“We experienced an unthinkable tragedy at our high school this morning,” superintendent Leigh Wall of the Sante Fe Independent School District (SFISD) said in a statement following the incident.  “We are grieving the loss of members of our SFISD family.”

According to students, the shooting began in an art classroom at the school.  Seventeen-year-old Suzannah Salazar told The Houston Chronicle she heard “four pops” emanating from the classroom, at which point she started running toward safety.

“I’m just hoping my sister comes back,” she told the paper, referring to 16-year-old Sarah Salazar, who is also a student at the school.

The shooting took place prior to 8:00 a.m. CDT, according to Harris County sheriff Ed Gonzalez.

The chilling audio of police dispatch in the moments that the #SantaFe High shooting was unfolding: from KTRK/Broadcastify pic.twitter.com/nUmEIPWfIk

“There are multiple fatalities that have been confirmed,” Gonzalez told reporters in the aftermath of the violence.  “The number varies but it could be anywhere between 8-10 fatalities at the school including students and some adult staff as well.”

One law enforcement officer was wounded in the shooting as well.

Gonzalez said a suspect believed to be a student at the school was in custody and another suspect was detained.

At around 2:40 p.m. EDT, authorities in Galveston County named 17-year-old Dimitrios Pagourtzis as the primary suspect in the shooting. 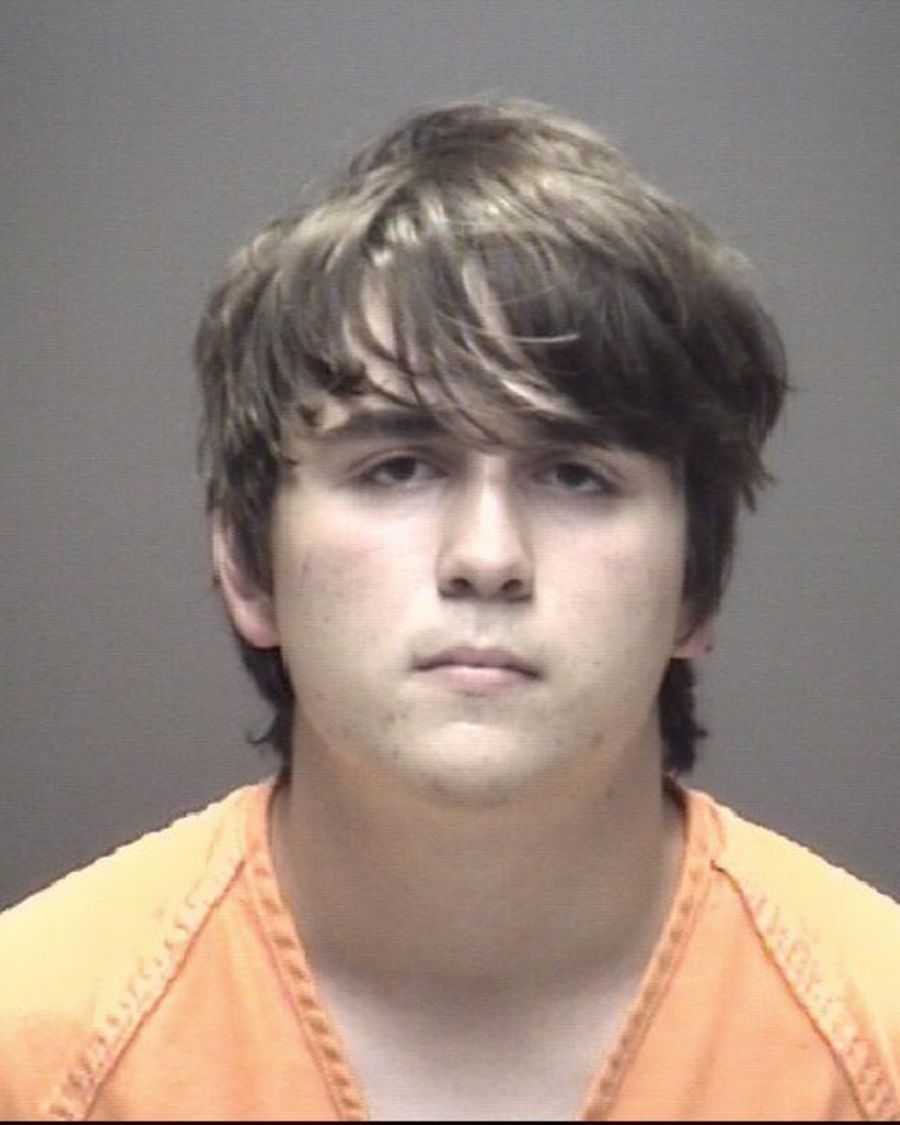 According to Texas governor Greg Abbott, Pagourtzis intended to kill himself after the shooting but couldn’t go through with it.

“He gave himself up and admitted at the time he didn’t have the courage to commit suicide, that he wanted to take his own life earlier,” Abbott told reporters on Friday.

Abbott added that Pagourtzis had written about his rampage “in journals on his computer and his cellphone.”

Meanwhile, police are also investigating reports of bombs placed in and around the school.

“Possible explosive devices have been located at the school and off campus,” a tweet from the Sante Fe Independent School District warned. “Law enforcement is in the process of rendering them safe.”

“Because of the threat of explosive items, community members should be on the look-out for suspicious packages and anything that looks out of place,” the district added.

The school has been evacuated as the threat of explosives is investigated.

The shooting prompted predictable reactions.  Gun grabbers clamored for new restrictions and regulations on firearms, while supporters of the Second Amendment (including this news site) resisted such calls.

Meanwhile even the grieving process appears to have become politicized – with one Texas politician chiding those elected officials who offered “thoughts and prayers” for the victims of the tragedy and their friends and family members.

“Spare us your thoughts and prayers and do your job,” Dallas mayor Mike Rawlings said in a statement.

Last time we checked, the school district asked the public for its prayers.

Got something you’d like to say in response to one of our stories? Please feel free to submit your own guest column or letter to the editor via-email HERE. Got a tip for us? CLICK HERE. Got a technical question or a glitch to report? CLICK HERE. Want to support what we’re doing? SUBSCRIBE HERE.
Banner: Harris County Sheriff