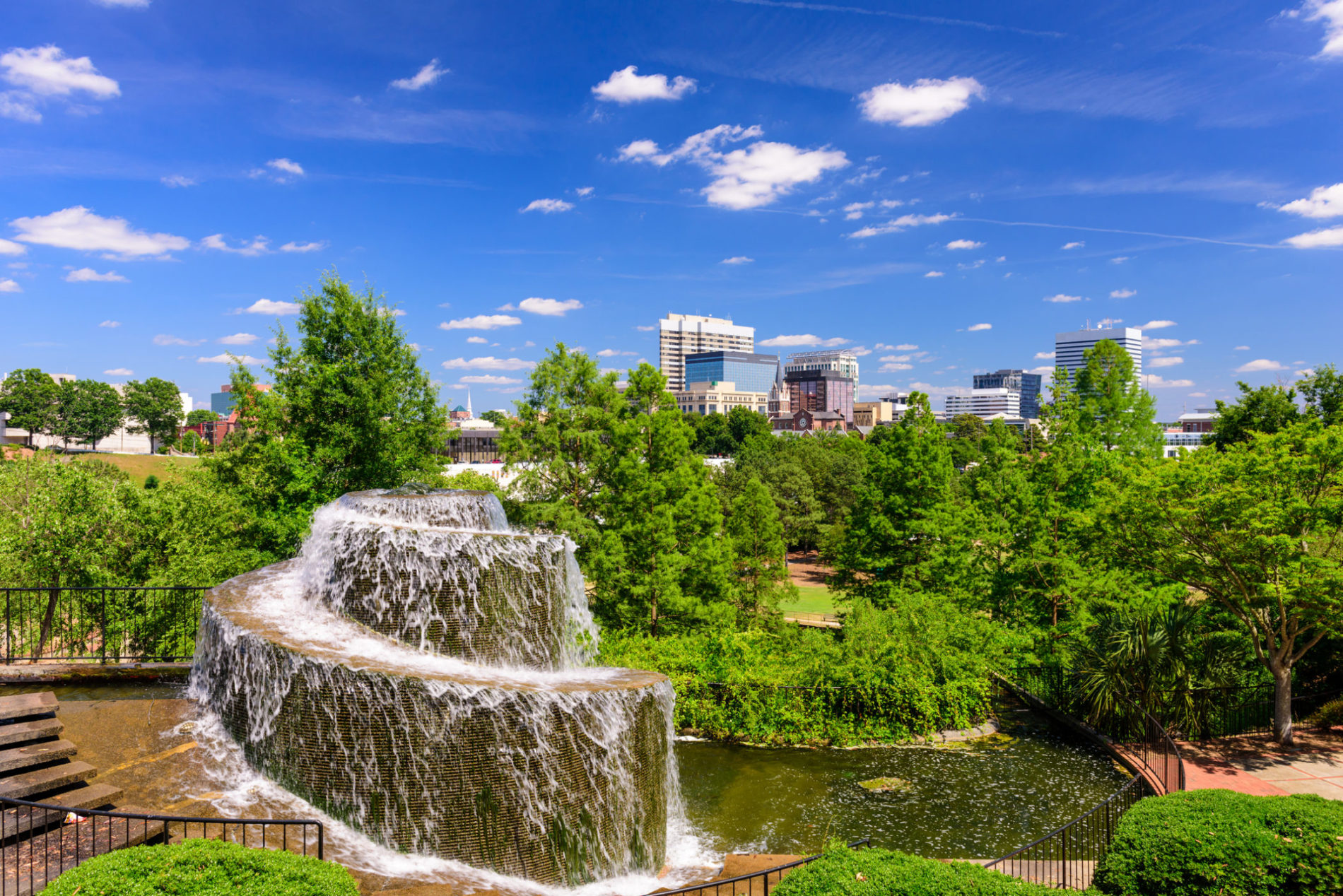 Richland County, South Carolina councilman Norman Jackson describes himself as being committed to “working with his constituents and the business community to develop a trusting relationship.”

“His mission is to work hard to earn the trust of the residents of Richland County and work just as hard to keep that trust,” Jackson’s online biography states. “He was elected by the people to work for their best interests.”

According to several of his subordinates in county government, though, Jackson isn’t trustworthy … and is only looking out for his own interests.

Is that true?  We may find out sooner rather than later …

County officials have scheduled an “emergency meeting” for this Monday (May 7) to address fresh allegations of corruption involving Jackson – who stands accused of some shady payouts involving a government-funded park project.  The emergency meeting will be held at 2:00 p.m. EDT in council chambers (2020 Hampton Street, Columbia, S.C.).  The meeting is open to the public, however the real fireworks are expected to go off behind closed doors as a “personnel matter” is listed on council members’ executive session agenda.

What’s up with that?

Last month, Richland County administrator Gerald Seals was terminated from his position for reportedly questioning several land acquisitions pushed through county government by Jackson.  Among them?  The $120,000 purchase of four acres of land meant to expand Pinewood Lake Park – Jackson’s pet project located in the impoverished Lower Richland region of the county.

Seals told reporter Sarah Ellis of The (Columbia, S.C.) State newspaper the land purchase – made last July – was illegal because it was never approved by county council.

County council voted 6-5 to terminate Seals’ contract, but under state law he remains on administrative leave pending a grievance hearing.  Serving in his stead is assistant county administrator Sandra Yudice – who like Seals is reportedly unhappy with Jackson and his ties to this project.  Specifically, Yudice (like Seals) is resisting issuing payment on an estimated $70,000 worth of dubious invoices submitted by Jackson (below) related to Pinewood Lake Park. 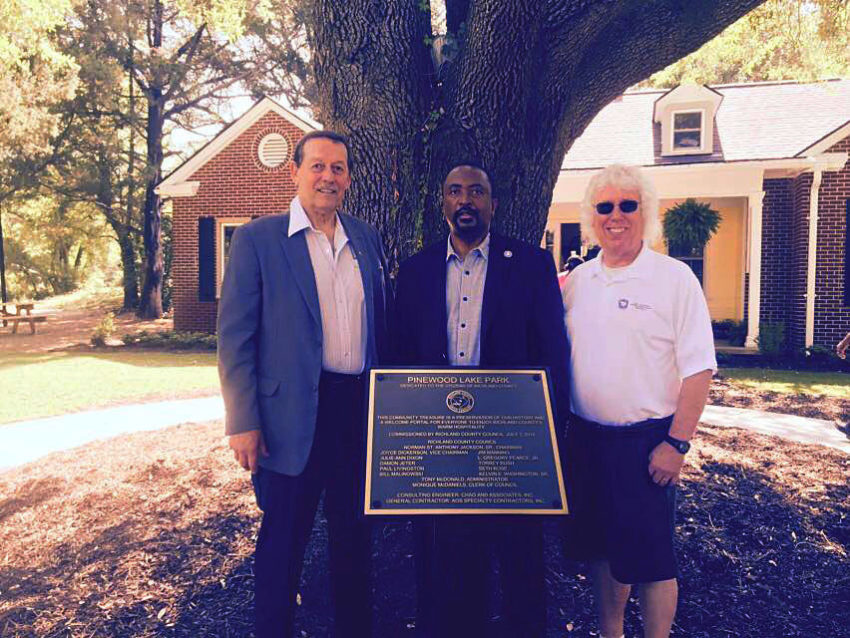 These invoices contained insufficient documentation and lacked “proper authorization,” sources close to the situation told us.

“Jackson has been trying to divert monies to this park for years,” one city insider told us. “Seals was trying to prevent this … (and) he was fired.  Yudice was told to pay Pinewood Lake invoices, and she would not.”

According to an email sent last week from Seals to county council members, Jackson “engaged in uncivil and bullying behavior” toward Yudice during a closed-door executive session meeting on May 1.

In fact, Yudice sent a letter to council members herself detailing the alleged bullying and urging them to take action against Jackson.

“I will not tolerate this type of harassment and acts of intimidation and bullying in the work place towards me let alone an assault to my integrity as an individual, a professional, and public servant,” Yudice wrote in the letter (emphasis original).  “It is my hope that County Council will address this matter promptly as this conduct is unwelcome and must stop.”

“I expect a work environment that is healthy and free from harassment and intimidation,” Yudice added.

Yudice went on to say Jackson’s alleged bullying toward her reminded her of two previous incidents in which he allegedly directed similar behavior toward Seals.

Both Seals and Yudice want South Carolina governor Henry McMaster and agents of the State Law Enforcement Division (SLED) to conduct a “formal review” of Jackson.  In addition to the bullying allegations, they want the governor’s office and SLED to look over “shabbily submitted invoices for payment that violated county ordinances” – invoices they say “did not even have the backing of an authorizing contract signed by the appropriate officials.”

If Jackson does wind up under the microscope, it wouldn’t be the first time.

In December of 2016, it was alleged by reporter Ron Aiken of the erstwhile local news site Quorum Columbia that Jackson was under investigation by the Federal Bureau of Investigation (FBI).  The status of that inquiry – which reportedly involved SLED and S.C. attorney general Alan Wilson – is unclear.

In November 2016, Aiken published a report claiming that Norman had funneled $338,000 – including $230,000 worth of city hospitality tax funds – to a woman named Liewendelyn Hart, his alleged “business partner” in a company that did work on Pinewood Lake Park.

According to Aiken, Hart received “$230,000 for (fiscal year) 2016-17 in hospitality tax money – $150,000 from county council for park maintenance and another $80,000 allocated solely by Jackson himself through a one-time funding quirk that gave every council member $165,000 to disperse as they saw fit with no council or public oversight.”

So … will Jackson be held accountable for any of this?  Or even investigated?  Good question.

Sources close to county government tell us they have little faith that council members will even forward the requests to the appropriate authorities – especially after the 6-5 vote to terminate Seals.

“No one has confidence that (this) complaint will be sent to the governor’s office or law enforcement,” one city source noted.

That’s unfortunate … but not unsurprising.

This news site has written frequently on corruption in Richland County – including the notorious Richland County Robbery of 2012 (and subsequent investigations into its ill-gotten gains).  We’ll be sure to keep our readers in the loop in the event anything comes of this latest scandal.

UPDATE: SLED has confirmed it is investigating councilman Jackson.