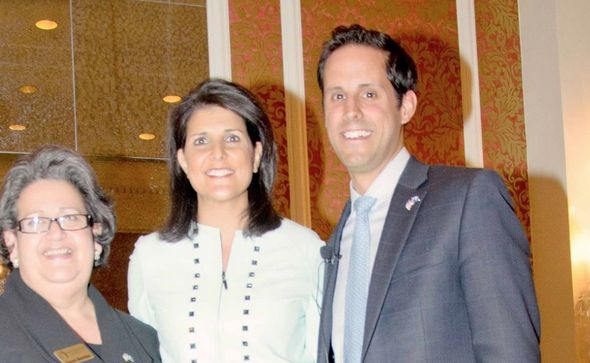 By FITSNEWS || As we noted in our latest coverage of the Joshua “Josh” Kimbrell saga, it’s far too early to assign blame.  The Upstate, S.C. social conservative leader, radio host and aspiring politician has been accused of molesting his own three-year-old son … which is about the worst possible thing anyone can be accused of.

He’s also being held without bond – not a good sign.

Of course allies of this well-connected Greenville, S.C. “Republican” are rallying to his defense – presenting us with a counter-narrative that his ex-wife, Kacy Kimbrell, is a “lunatic” who abandoned him and his child.

Whatever the case, S.C. Gov. Nikki Haley – who has received financial and political support from Kimbrell in the past – is taking no chances.

Last October, Haley unveiled her “Faith and Family Coalition,” a group of social conservatives who would ostensibly “work directly with her to strengthen South Carolina families.”  Haley’s press release – which touted her support for “traditional marriage” – listed the names of twenty-six prominent social conservative advocates who would be working with her campaign.

Here’s the thing, though … if you visit Haley’s website today, only twenty-five names are visible. 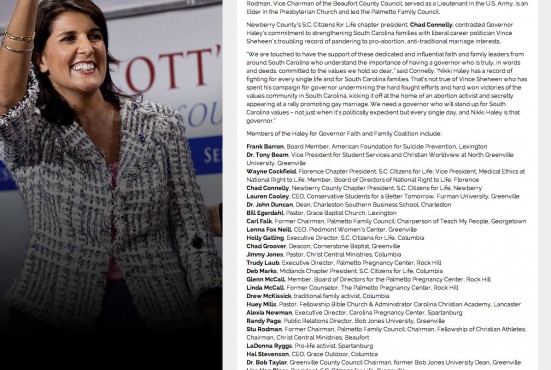 An archive search of the webpage reveals that as recently as four days ago, the name of Josh Kimbrell was still listed on Haley’s site. 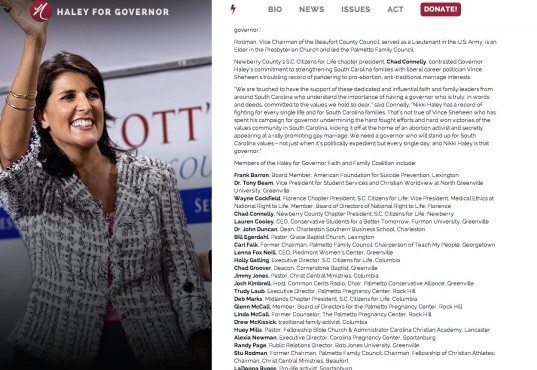