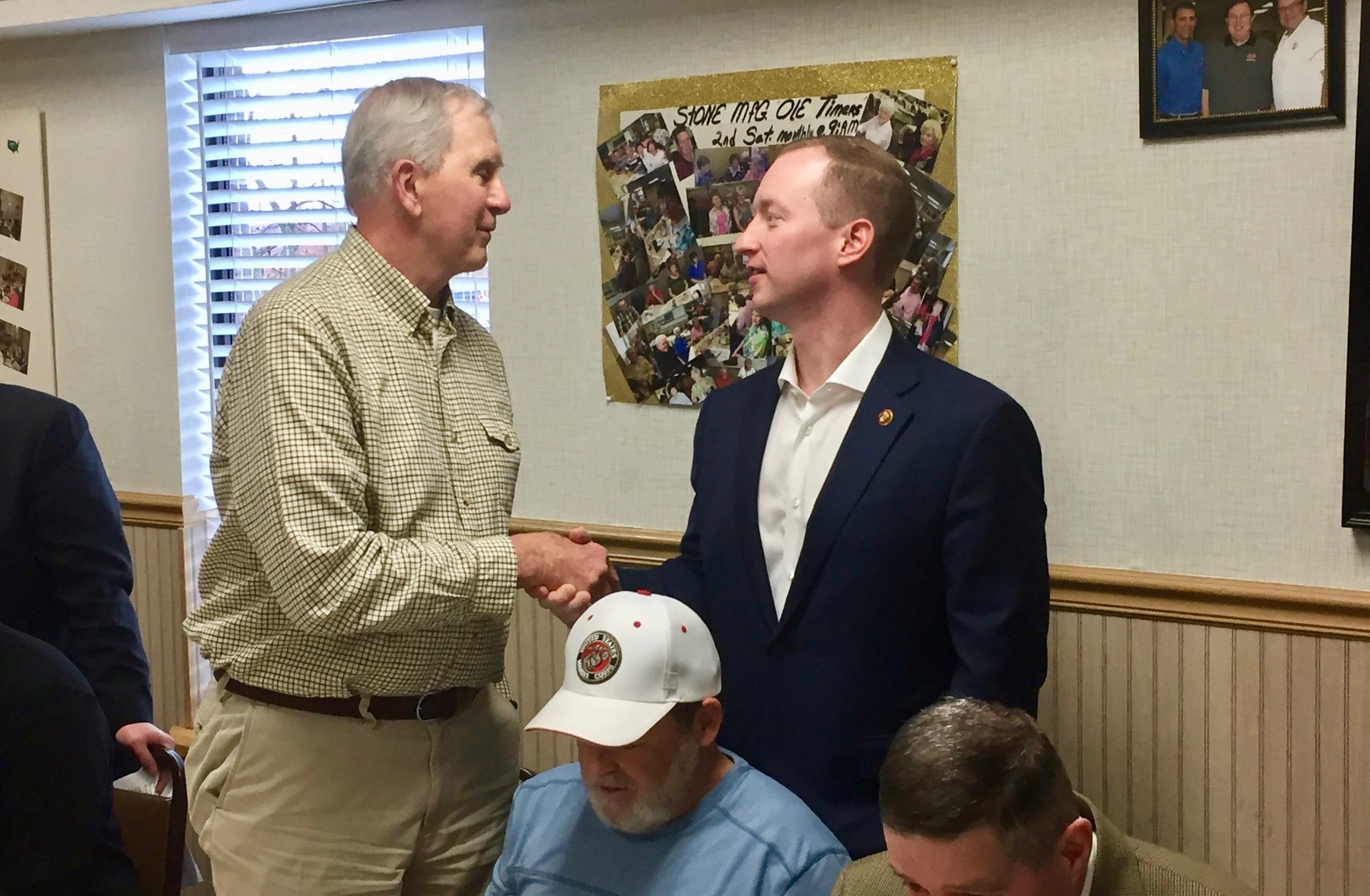 Referring to himself as the only South Carolina gubernatorial candidate not controlled by special interests, Upstate businessman John Warren challenged his rivals for the “Republican” gubernatorial nomination to return campaign contributions received from utilities associated with the now notorious #NukeGate debacle.

“I am the only candidate to call for replacing the Santee Cooper board of directors and there is a reason for that: my opponents are taking money from board members, SCANA, and utilities.” Warren said in a statement. “Their judgment is clouded by special interests, but I have a plan to address the V.C. Summer crisis that starts with cleaning house.”

For those of you just waking up from a seven-month nap, #NukeGate is a spectacularly failed command economic intervention in the nuclear power industry, one that has its roots in the S.C. General Assembly.

With S.C. lawmakers cheering them on, crony capitalist utility SCANA and state-owned utility Santee Cooper spent the past decade building a pair of next-generation nuclear reactors in Jenkinsville, S.C. at a cost of $9.8 billion.  The money for the reactors was spent, but they were never finished.  In fact they’re not even half-finished – with the cost to complete them reportedly ranging between $9-16 billion.

South Carolina ratepayers have shelled out $2 billion already on this botched project thanks to the now-notorious Base Load Review Act (BLRA) – a case study in government mismanagement.  This legislation – advanced by liberal lawmakers and allowed to become law in 2007 by former governor Mark Sanford – is on the verge of being repealed, even though many believe unwinding it could do more harm than good.

Warren has previously addressed #NukeGate, vowing to “fire the entire Santee Cooper board of directors for gross negligence, breach of fiduciary duty, and mismanagement of taxpayer dollars” on his first day in office.

He has also promised to  “hire a competitively bid, conflict-free firm to perform a forensic audit of Santee Cooper in an open and transparent process” and to “interview national investment banks that specialize in the energy sector for proposals regarding a sale of Santee Cooper, to include a valuation of the company.”

As for the abandoned project itself, Warren has said he would “preserve the site for a future economic development project” (he didn’t specify what that project would be) and “sell the equipment on site.”

That’s quite a contrast to the view advanced by incumbent “Republican” governor Henry McMaster. The 70-year-old career politician has been pushing for a “fire sale” of the debt-addled utility, which so far has drawn only one pseudo-official offer.

By Warren’s calculations, McMaster has accepted more than $90,000 from utilities over the last fourteen months.

That’s obviously no secret: We’ve written previously on those contributions.

Warren isn’t just taking the fight to McMaster, though.  According to him, Lowcountry labor attorney Catherine Templeton has taken $12,000 from utilities since announcing her candidacy for governor last year.

“Special interests control my opponents, I am ready to take action for taxpayers on day one,” Warren said.  “Average taxpayers are being forced to pay for the mistakes of politicians and political elites.  It’s time for all of the candidates for governor to serve the people, not themselves.”

Ironically, as Warren was issuing his statement Templeton was announcing her plans to hold a “Justice for Ratepayers” event in West Columbia, S.C. – at which point she is scheduled to unveil her plans to address the disaster.

“Columbia let the V.C. Summer boondoggle happen and they’ve left we, the ratepayers, on the hook to pay for their blunder,” Templeton campaign manager R.J. May III said in a statement. “On Wednesday, Catherine Templeton will release her plan for making things right for hardworking South Carolina families and small businesses who are penalized when their power bill arrives each month.”