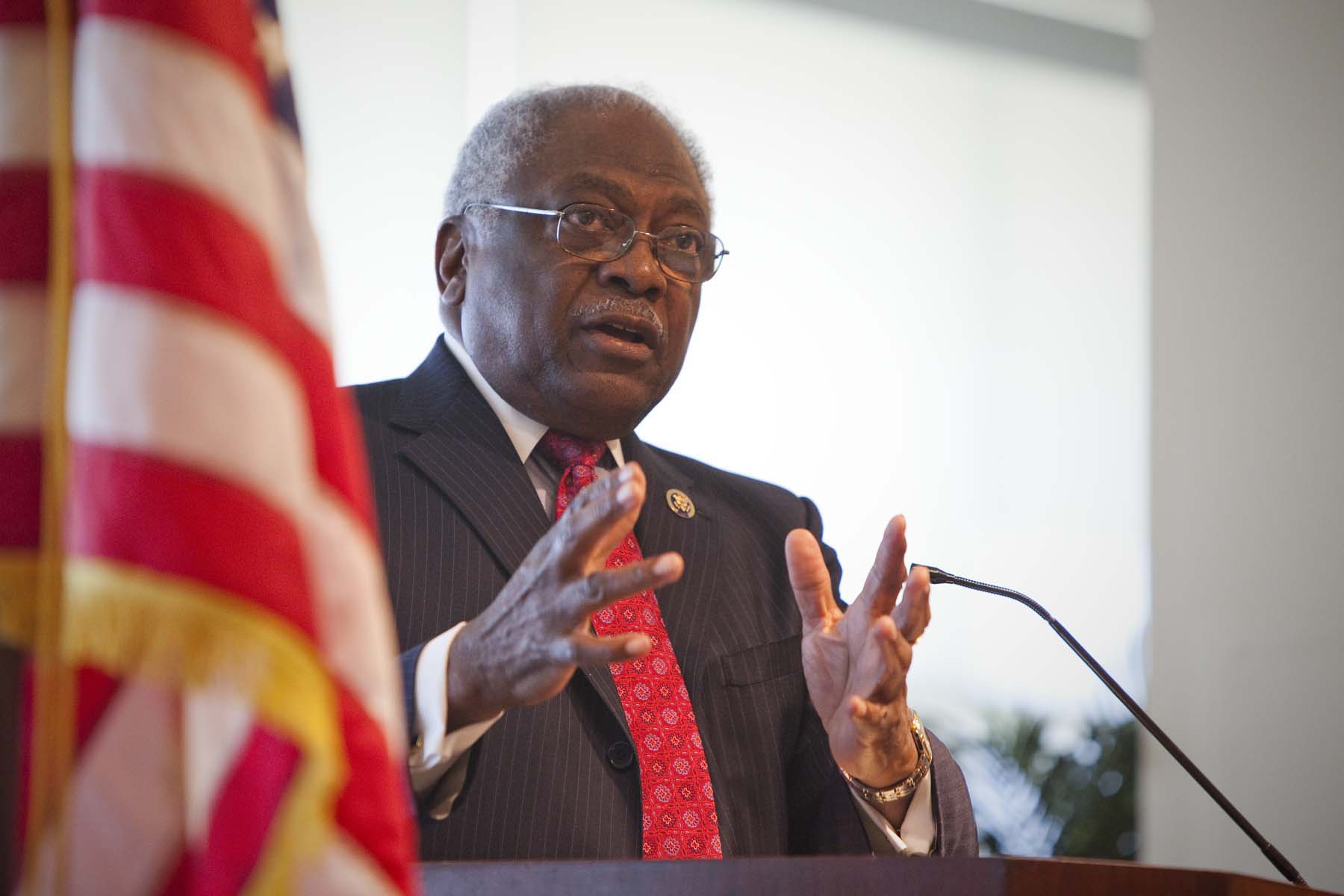 Clyburn’s missive was written in response to a letter published in the paper last week calling him the “poster child for gerrymandering” – a.k.a. the process by which representative districts are drawn to allow for “majority minority” representation.

Anyway, Clyburn’s letter made the basic point that anyone upset over his predominantly black district (map) should point the finger of blame not at him – but at the Palmetto State’s “Republican-controlled” government.

“In South Carolina, redistricting is done by the Legislature,” Clyburn wrote. “Any gerrymandering of election districts is the product of the Republican-controlled General Assembly.”

That’s correct … but Clyburn omitted some important context (more on that momentarily).

Clyburn went on to note that “if I had drawn the lines, my district would not be 58 percent black, and Joe Wilson, with whom I share Columbia and Richland County, would not have a district that is 68 percent white.”

According to multiple sources familiar with the 2011 district remapping process, Clyburn did draw the lines.

“He went block by block through his district and pulled in what he wanted,” one of these sources told us.

In fact, Clyburn’s longtime aide de camp Dalton Tresvant was described by one source as a “frequent visitor to the map room” in the S.C. State House – one who spoke on the congressman’s behalf “with specific requests for churches, businesses, neighborhoods in North Charleston, Sumter and Columbia.”

Clyburn didn’t just draw his own district, though, his office reportedly made it clear that any opposition to the boundaries he was establishing for himself would not be tolerated.

How could he dictate terms like that?  Easy … the last redistricting process took place under U.S. president Barack Obama, whose former attorney general Eric Holder and former assistant attorney general for civil rights Tom Perez reserved the right to effectively redraw South Carolina’s lines under the “pre-clearance” section of the Voting Rights Act.

“He drew his own district, via staff, under the at least implicit threat that if we didn’t give him what he wanted, Eric Holder and Thomas Perez would withhold pre-clearance,” one source told us.

So Clyburn is correct … it was “Republicans” who drew his gerrymandered district.  But they drew it exactly where he told them, with him holding a proverbial gun to their heads.