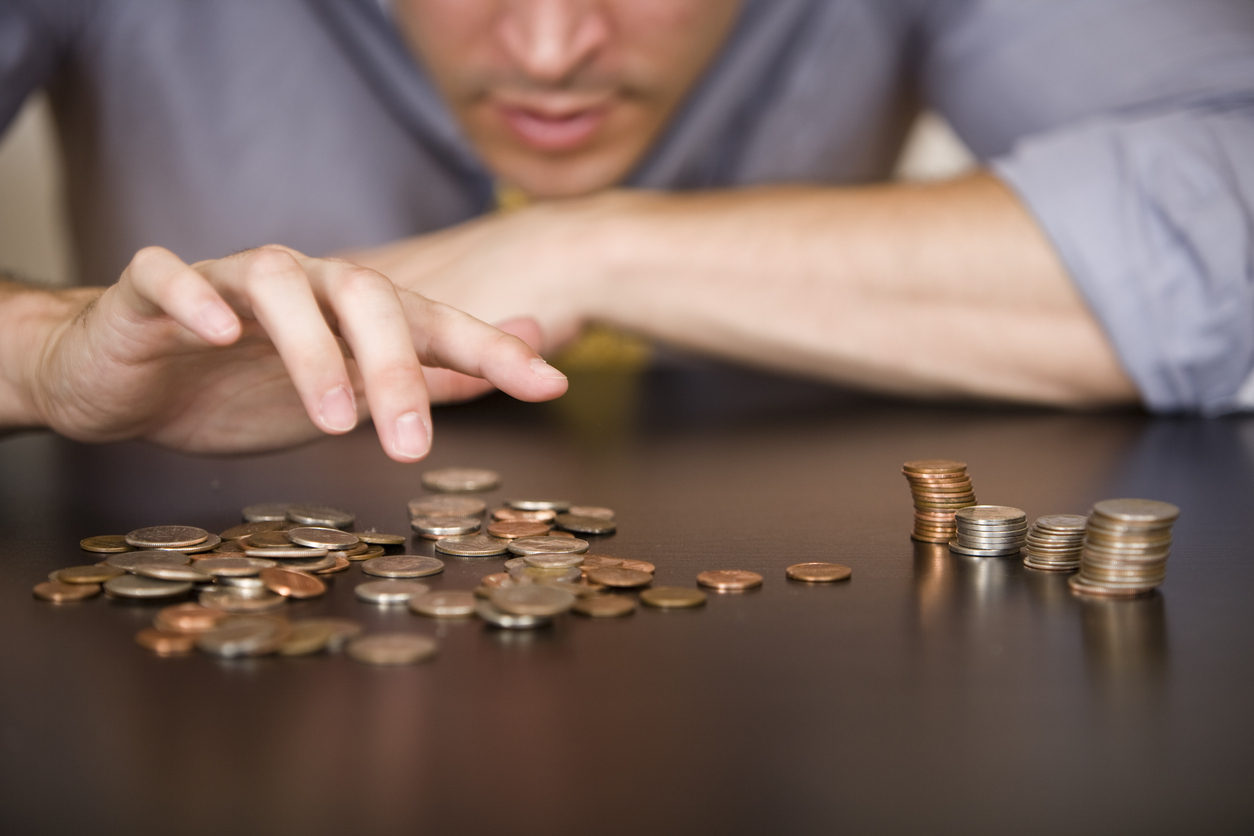 An oversight panel charged with providing accountability over the so-called “penny tax” program in Richland County, South Carolina has scheduled an emergency meeting for early next week.

Sources familiar with this meeting tell us the committee will vote against the latest borrowing scheme related to this glorified slush fund.

“The road estimates that were previously voted on are no longer accurate because the costs have risen, in some cases more than triple the original estimate,” a source familiar with the situation told this news site. “All the bonding does is cost additional money – which means even fewer roads will be built.  It also sets up council to ask voters to approve another penny tax.”

One longtime critic of the program concurred with that assessment, and cited the chronic misappropriation and mismanagement of this fund’s revenues as one of the reasons for its financial woes.

“When you use all the money to pay insiders who helped pass the tax, it makes it hard for any projects to be on budget,” the critic told us.

The TPAC exists to “review, comment, on, and provide recommendations to Richland County Council regarding (its) use of the one-cent additional sales tax that voters approved in the November 2012 referendum.”

Of course voters didn’t really approve this tax hike … the election was rigged.

After county residents narrowly rejected this tax hike in 2010, “Republican” and Democratic legislative leaders in Richland County passed a law seizing control of the local election commission.  Next they installed their hand-picked puppet as its new leader.

The result of this “coup?”  Illegal shortages of voting machines in the 2012 election in Richland County – shortages which just so happened to be disproportionately targeted toward precincts which opposed the tax hike.  This led to abnormally long wait times in these precincts and the mass disenfranchisement of hundreds if not thousands of anti-tax voters.

This isn’t tin foil hat conspiracy theorizing, either – there are black-and-white numbers to back up what we’re saying.

To comply with state election law, Richland County was supposed to have at least 864 operable voting machines deployed across the county in 2012.  And at the time of the election, the county reportedly had at least 925 operable machines available – more than enough to meet the legal requirement.

How many machines were ultimately deployed?  Let’s consult the “smoking gun” email obtained by this website in early 2013 implicating then-director Lillian McBride.

In other words there were thirty percent fewer machines deployed than state law mandated for the election. 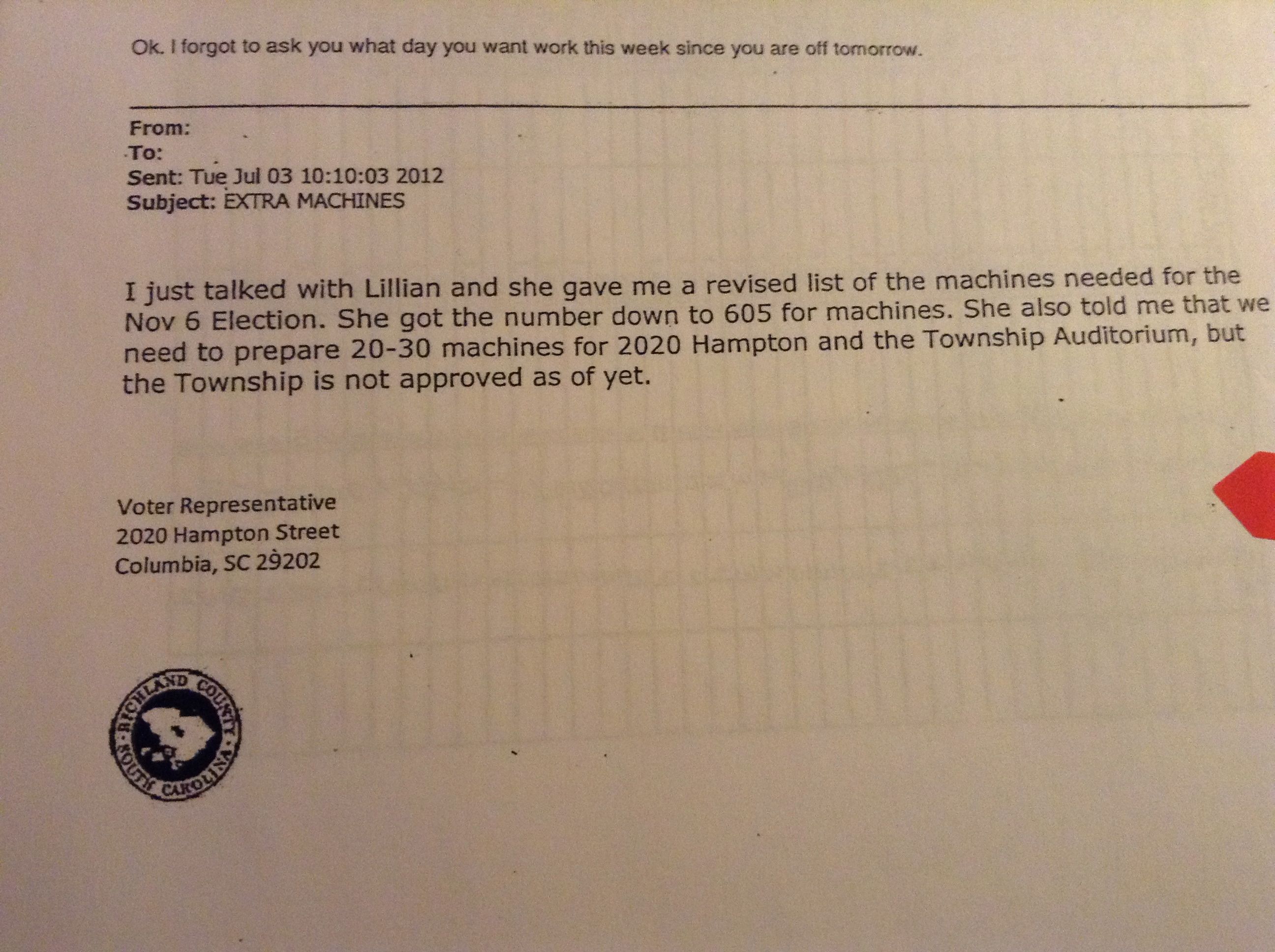 Unfortunately, there has been no justice regarding this stolen vote.  The U.S. Department of Justice (DOJ) has refused to launch an investigation into the matter, and the S.C. Supreme Court (without comment) upheld the rigged election.  Meanwhile McBride was rewarded with a new job and a lifetime pension.

We’ve said it before and we’ll say it again, in all the years we’ve spent covering corruption in South Carolina politics – we’ve never seen anything quite as brazen as the penny tax scam.

Fortunately, there is some measure of justice looming in relation to this matter.

As we reported back in October, there is a statewide grand jury currently investigating the penny tax program – although that probe appears to be focused on the stolen proceeds, not the stolen election.

That’s too bad … because everyone involved in this scandal belongs behind bars.

So … will the members of Richland County council heed the warnings of their advisory committee regarding this program’s precarious financial footing?  Will they hold off on issuing new bonds?  Of course not.  They’ve got gravy trains to keep running …

Still, the depth of mismanagement associated with this program is becoming readily apparent with each new estimate of its inflated costs.

Back in October, David Travis Bland of The (Columbia, S.C.) Free Times reported that several penny tax projects were over budget by a combined $132 million.  That’s more than one-tenth of the total value of the tax hike – and a whopping 18 percent of the $737 million of its proceeds earmarked for infrastructure enhancements.

Which will they choose?

Who knows … but once again this tax hike is providing a compelling case study of all that’s rotten in local government in the Palmetto State.