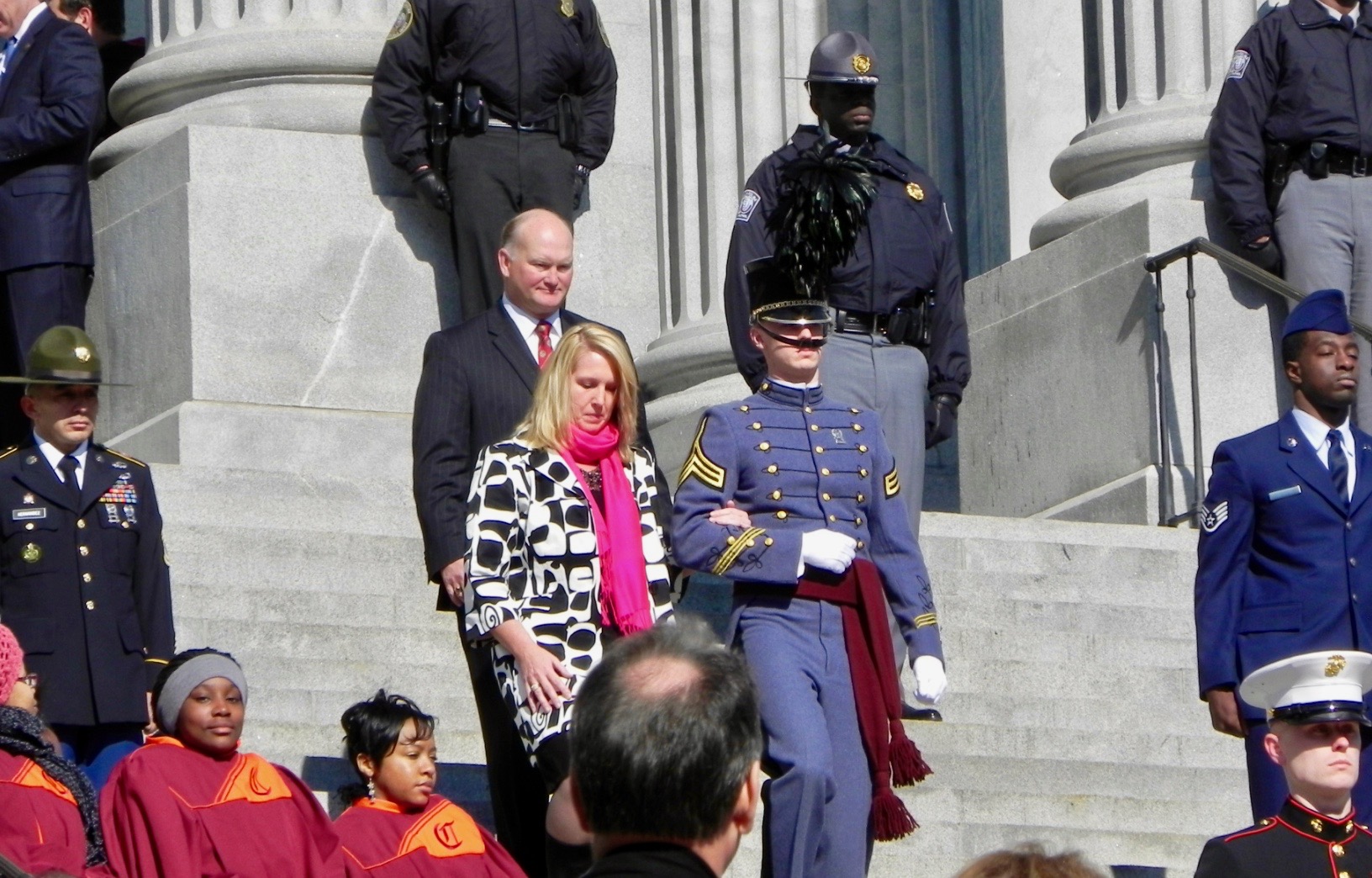 His office is basically a glorified file cabinet, responsible for receiving and storing paperwork on South Carolina-based businesses.  Seriously: A moderately well-trained monkey could perform the office’s functions – and probably perform them better than Hammond.

This news site has long argued that the secretary of state’s office should be reconfigured as a cabinet agency with authority over the state’s elections – with the secretary becoming the state’s chief election officer.

We’ve also argued (in keeping with this cabinet designation) that the secretary should become an appointee of the governor.  There’s simply no reason to continue independently electing this office, particularly in its current iteration.

Of course filing business paperwork isn’t the only function of the secretary of state … something South Carolinians are finding out the hard way this week.

Last week, this news site exclusively reported on an issue that has come to dominate headlines across the state in the intervening days: #SealMageddon.

The gist of this story?  Hammond’s habitual failure over the past fifteen years to affix the “Great Seal of the State” to acts and resolutions passed by the S.C. General Assembly.

So far, we know of more than 100 laws or resolutions passed in 2003 and 2004 which were not affixed with the seal.  Hundreds of other pieces of legislation are also reportedly lacking the constitutionally mandated imprimatur – including the law which removed the Confederate Flag from the grounds of the State House two years ago as well as the massive gasoline tax hike that passed the legislature earlier this year.

Why is this a big deal?  Because Article III, Section 18 of South Carolina’s constitution (.pdf) states that no act or joint resolution of the state’s legislative branch shall have the “force of law” unless it has “had the Great Seal of the State affixed to it.”

Translation?  No seal = no law.

Hammond is not disputing his office’s failure to affix the “Great Seal” on potentially hundreds of acts and resolutions.  He is, however, attempting to blame the fiasco on the lawmaker who brought it to the public’s attention – state representative Joshua Putnam.  To hear Hammond tell it, Putnam (below) is politicizing the scandal because he is currently campaigning for the office Hammond has held for the past fifteen years. 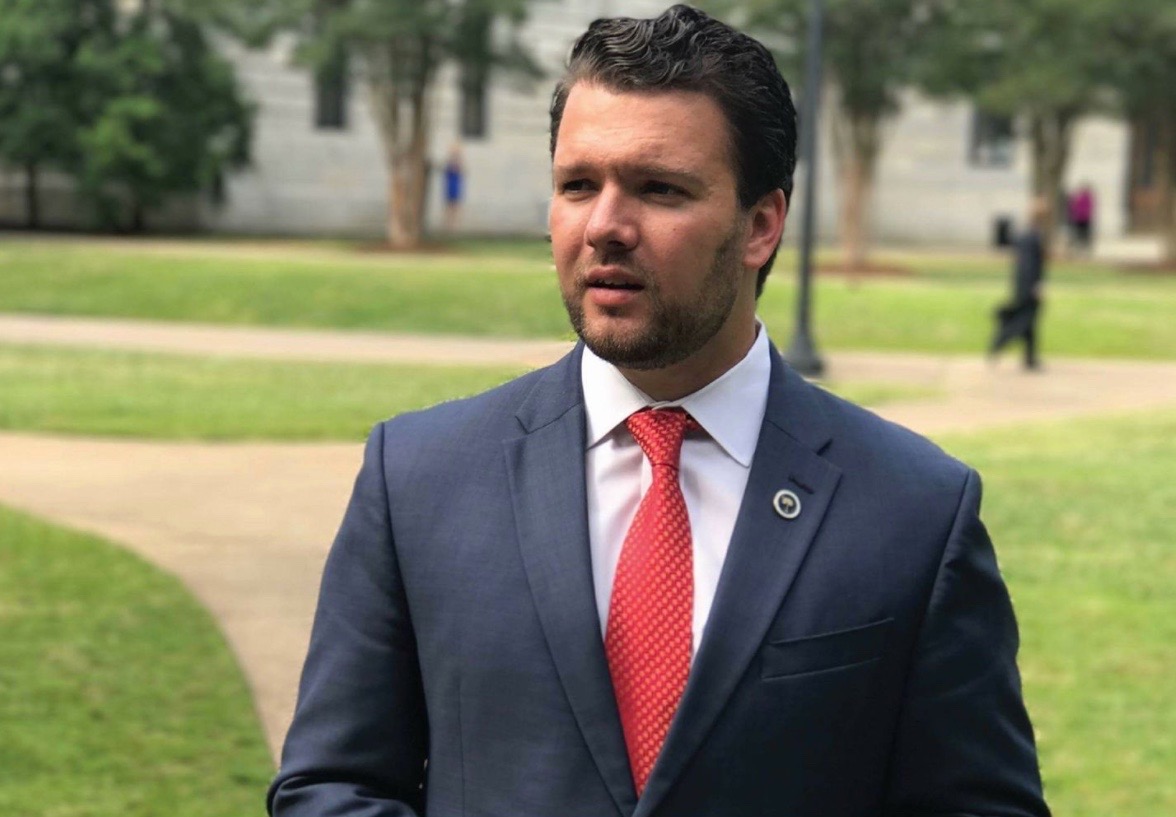 That may very well be true … but Hammond’s transparent attempt to deflect his clear culpability in this matter is laughable.  In fact, his effort to shift the blame for what we previously referred to as “the mother of all governmental boners” is only providing voters with additional evidence of his unfitness for office.

In addition to failing to affix the seal to hundreds of acts and resolutions, Hammond has also failed to turn over these acts and resolutions to the S.C. Department of Archives and History (SCDAH) as required by state law.  Originally, he was supposed to turn these documents over to SCDAH after a five-year period, but the law has since been changed to require a two-year window.

We wonder … were those laws he declined to stamp?

Hammond’s failure to comply with his statutory authority has exacerbated the constitutional confusion associated with #SealMageddon – leaving the public to wonder which laws passed over the past decade-and-a-half received the “Great Seal” and which ones didn’t.  His office has also apparently applied the seal to a number of laws retroactively, although we don’t know which ones – and we don’t know when this retroactive application took place.

It’s a massive cluster, in other words …

We have no idea yet how this scandal is going to unfold.  We’re currently awaiting an attorney general’s opinion as to the constitutional viability of the impacted bills, and after that we suspect the S.C. Supreme Court will be called upon to weigh in on the matter.

We know this, though: However #SealMageddon is ultimately resolved from a legal perspective, its ultimate resolution must include either the resignation or removal of Mark Hammond from office.

We have nothing against Hammond on a personal level, but the facts of this case are unavoidable.  He has failed spectacularly to discharge his duty as an elected official – a failure that could conceivably overturn a decade’s worth of state laws.  And once again, upon being confronted by this galling ineptitude, Hammond’s only response was that a campaign opponent was seeking to use his gross incompetence as a “political football.”

Hammond should do the honorable thing and step down from his $92,000 a year job – immediately.  Absent that, state lawmakers should begin impeachment proceedings against him at the earliest possible date.

One way or the other, Mark Hammond must go …