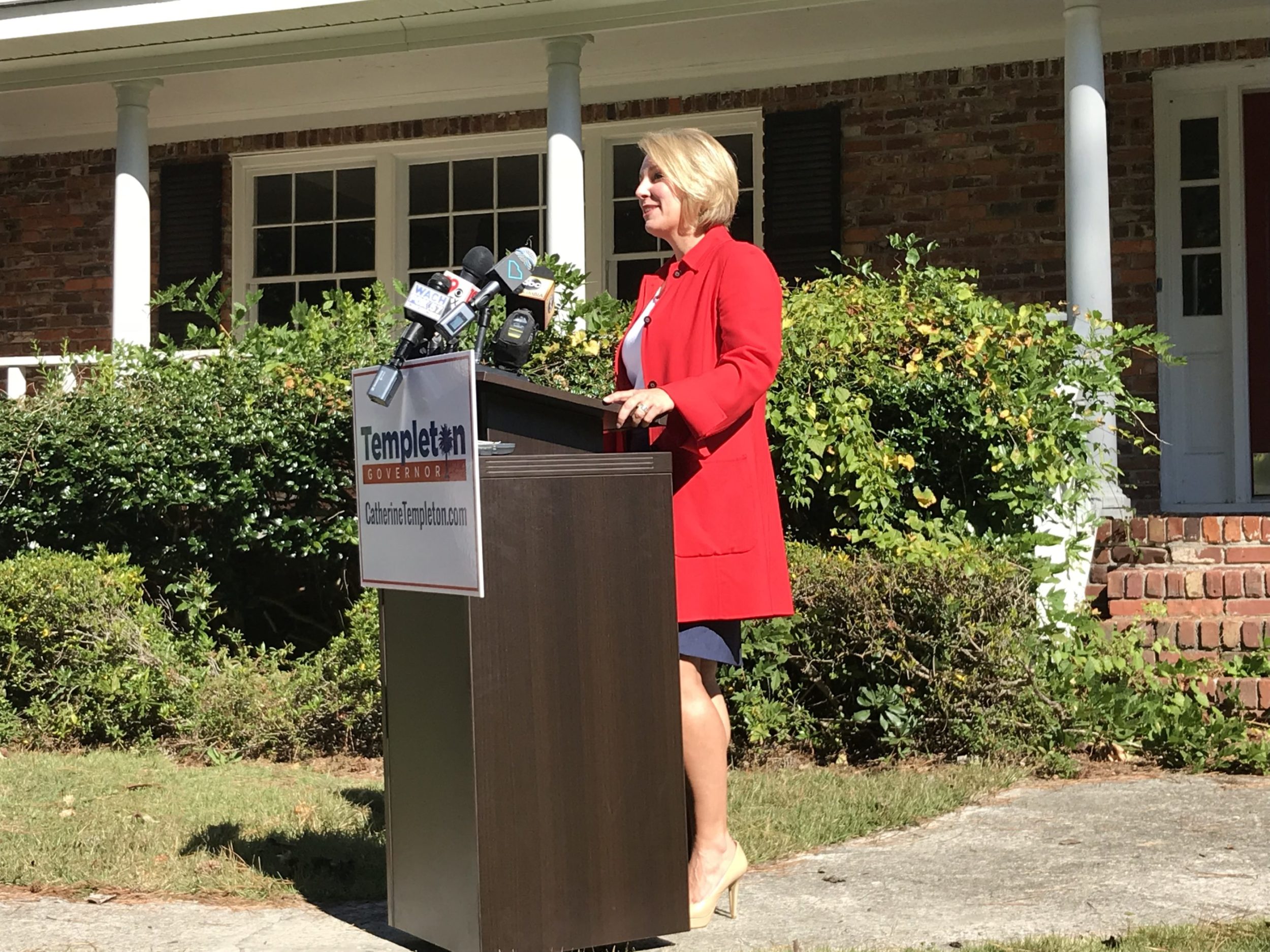 Blasting career politicians and vowing to drain the swamp in state government, GOP gubernatorial nominee Catherine Templeton stood on the steps of her childhood home just outside Columbia, South Carolina and declared war on the Palmetto State’s political establishment.

“We’re coming for them,” Templeton told a gaggle of reporters crowded onto the lawn of her family’s one-time suburban residence.  “It is time to fight for ourselves, our future and our money.”

In addition to demanding the resignations of several politicians indicted in connection with #ProbeGate – the escalating, multi-jurisdictional criminal probe of corruption in state government – Templeton laid out a series of reform measures she intends to pursue if elected governor.

“Our governor – as attorney general – sent out opinions protecting these legislators,” Templeton said, hitting on a narrative that (correctly) portrays McMaster as part of the problem in Columbia.

The main thrust of Templeton’s first press conference as a candidate?  That the political forces she’s up against are corrupt – and that this corruption is costing South Carolinians dearly.

“It’s time for Courson, Quinn and all the corrupt politicians in Columbia to get out of office,” she said. “You’re fired!”

Of course Templeton sounded a sour note in our book when she defended former governor Nikki Haley, whose pay-to-play conduct as a former state lawmaker was every bit as reprehensible as the alleged transgressions of those currently under the microscope.  In fact, much of the rampant corruption currently being exposed could have been dealt with years ago had lawmakers not decided to cut a deal to whitewash Haley’s transgressions.

Templeton should be mindful of Haley’s complicity on this front as she rails against “backroom deals.” 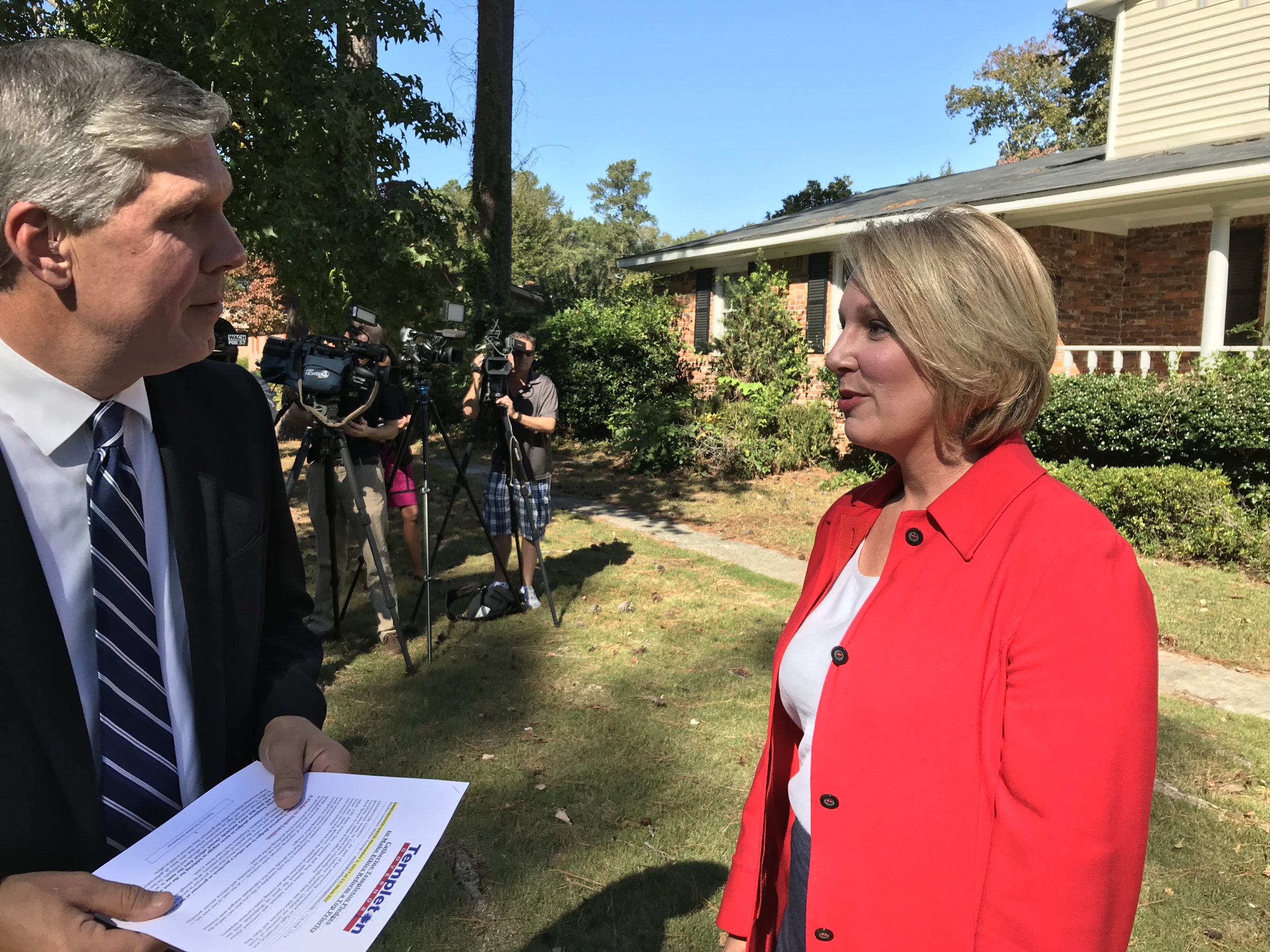 Still, we were impressed by the substance of what the first-time candidate rolled out on Wednesday …

At her press conference, Templeton vowed she would not take a salary as governor – a move which would save taxpayers a little over $100,000 annually.  Additionally, she pledged to self-impose a lifetime ban on any future lobbying contracts – an example she encouraged other elected officials to follow.

“I don’t owe anyone any political favors,” she said. “I can’t be bought.”

Not only that, Templeton said she would sign an executive order barring her staff or any of her political appointees from being hired as lobbyists while she was in office.

Templeton also proposed legislative term limits – barring officeholders from serving more than three four-year terms in the State Senate or six two-year terms in the S.C. House.  All told, her proposal would cap total legislative service at fourteen years, “plenty of time for them to be productive in office, but not long enough that they get ensnared in the web of corruption.”

Templeton also rolled out a proposed ban on elected officials appointing their family members to boards and commissions.

“If we elect you to handle our money, you can’t have any of it for yourself or your family,” she said.

In addition to these reforms, Templeton proposed expanding the state’s Freedom of Information Act (FOIA) laws to cover members of the S.C. General Assembly.  Currently State Senators and representatives are exempt from FOIA – another issue that hearkens back to the corruption of Haley.

This news site has long championed that reform, which is currently being pushed by state representative Bill Taylor of Aiken, S.C.

Perhaps most importantly, Templeton echoed this news site’s call for real consequences in the event strengthened ethics laws are broken.  Just this week, we reiterated our call for jail time in the event elected officials violated the provisions of a (hopefully) updated ethics act.

“A minimum sentence of one year behind bars for violators,” we wrote.  “No early release.  No probation.  No exceptions.”

“You breach the public trust, you go to jail,” she said, although she didn’t specify which charges she believed warranted incarceration beyond a blanket reference to “deliberate violations” of state ethics laws. 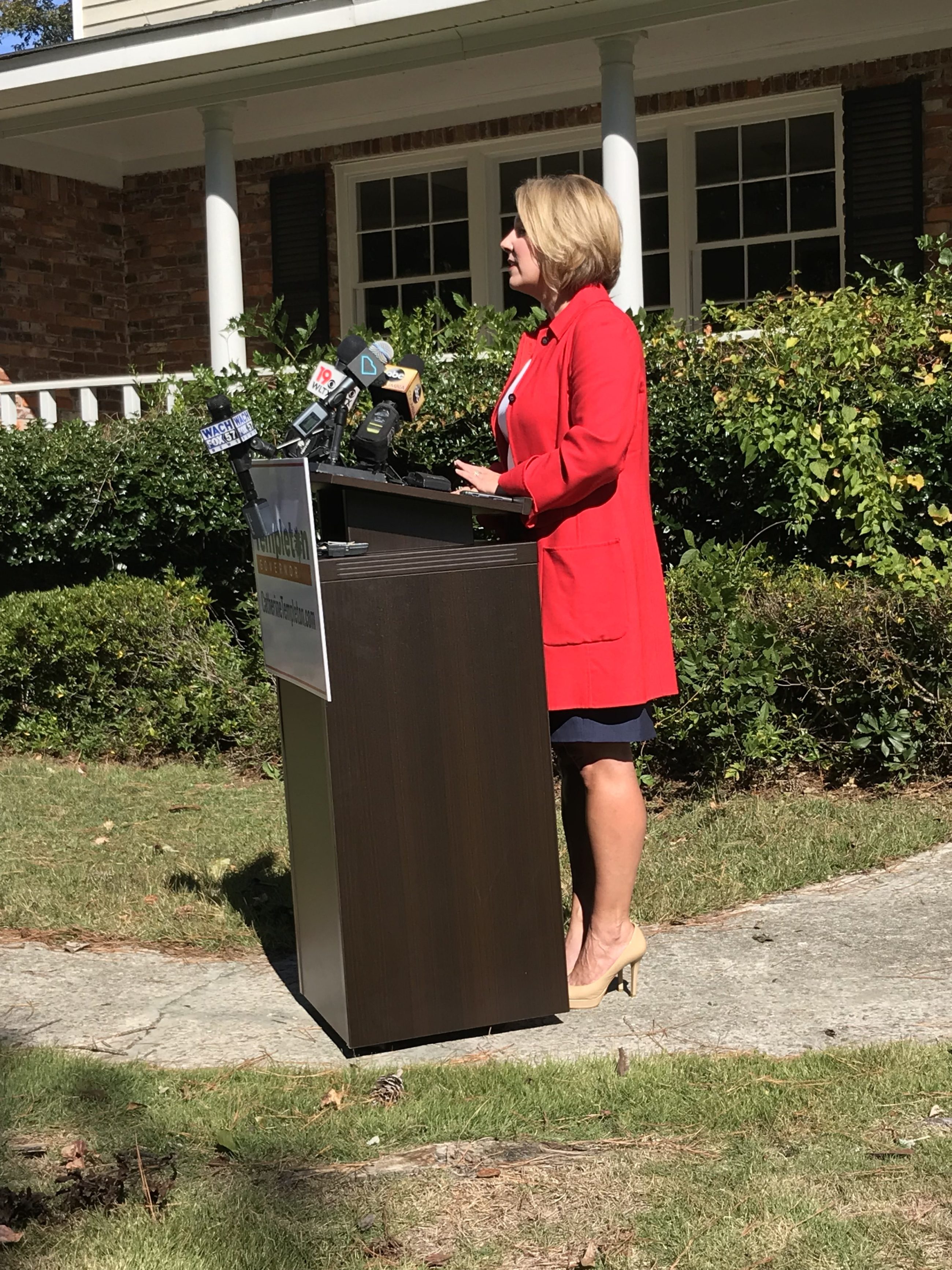 Often accused of going soft on the GOP challenger (and being overly critical of McMaster), Folks actually challenged Templeton in front of the assembled reporters – asking her to respond to allegations of backroom dealmaking leveled against her previously by the McMaster campaign.

Specifically, Folks was referring to several no-bid contracts received by Templeton in connection with her appointments in the Haley administration.

Templeton fired back that she was proud of the work she’s done on behalf of taxpayers and that her record in government was one of cutting spending.

“I saved taxpayers’ millions, they took millions,” she said.  “I cut spending, the only thing they’ve cut is backroom deals.”

Bottom line?  Templeton’s first foray in front of the statewide press corps was impressive.  She came off as earnest and substantive, and we believe some of the proposals she unveiled are solid first steps in a comprehensive ethics reform package.

Unfortunately, the governor’s office she’s seeking is quite limited in what it can do (on this or any other big-ticket issue) … meaning even if Templeton wins, it’s ultimately up to the all-powerful S.C. General Assembly to clean up the current mess.