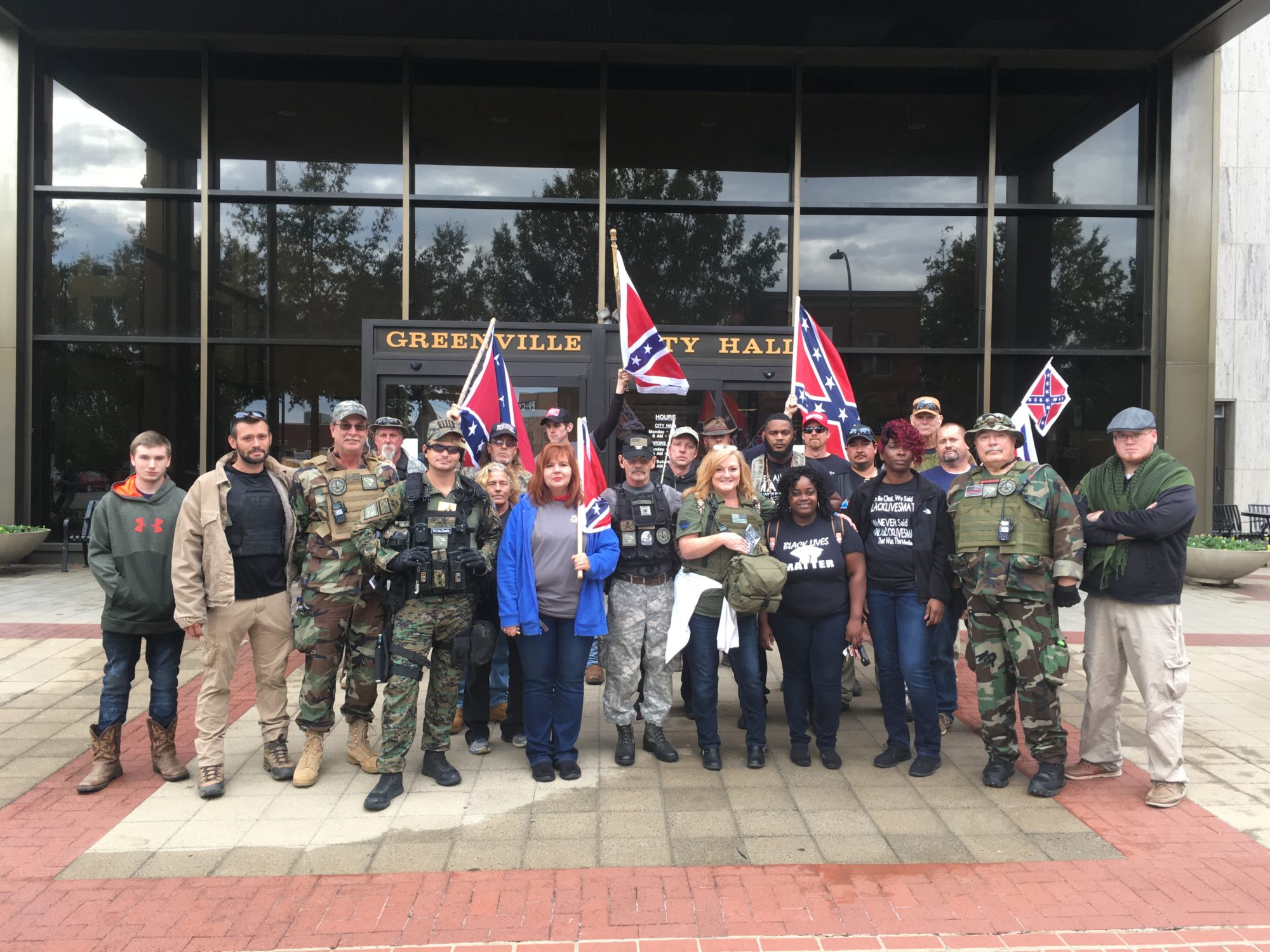 This news site has written previously on how government responds to outbreaks of authentic tolerance.  We’ve also written on alleged efforts by police in Greenville, South Carolina to silence the First Amendment freedoms of both white and black nationalists.

These storylines converged in “G-Vegas” on Saturday when a free speech rally organized by the S.C. Secessionist Party and several local Black Lives Matter activists was broken up by officers of the Greenville police department.

According to a news release from Secessionist party chairman James Bessenger, local law enforcement abused their authority by employing “threats and intimidation” against both black and white attendees at this event.

Greenville police are said to have “confiscated multiple flag poles that they deemed to be out of regulation” – private property which was allegedly seized “under threat of arrest.”

Meanwhile one attendee at the rally – a supporter of U.S. president Donald Trump – was reportedly “made to take his American Flag back to his vehicle, as it was deemed a violation of a local ordinance.”

Members of a local militia who attended the rally were also allegedly “accosted,” ordered to remove their “bullet proof vests and other tactical gear” because the city’s picketing ordinances have designated such lawful tactical gear as “intimidating.”

At one point, Greenville police chief Ken Miller – who has been accused of impropriety by both black and white nationalists – addressed the rally personally.

“Chief Miller issued a diatribe to the members of the militia, at one point going so far as to suggest that he was not comfortable with the militia wearing their bulletproof vests because it could hinder the ability of his officers to shoot and kill the militia members should he feel it necessary,” the Secessionist Party’s release stated.

Bessenger’s group – which has made headlines for its Confederate flag displays as well as its unlikely partnerships with black nationalist organizations – said it would be seeking an opinion from the South Carolina attorney general’s office as to “the legality of the methods being used by Greenville Police in enforcing local ordinances and laws against demonstrators of all persuasions.”

Previously, Bessenger has highlighted his group’s support for law enforcement – including flying the “thin blue line” flag at one of its recent rallies on the steps of the S.C. State House.