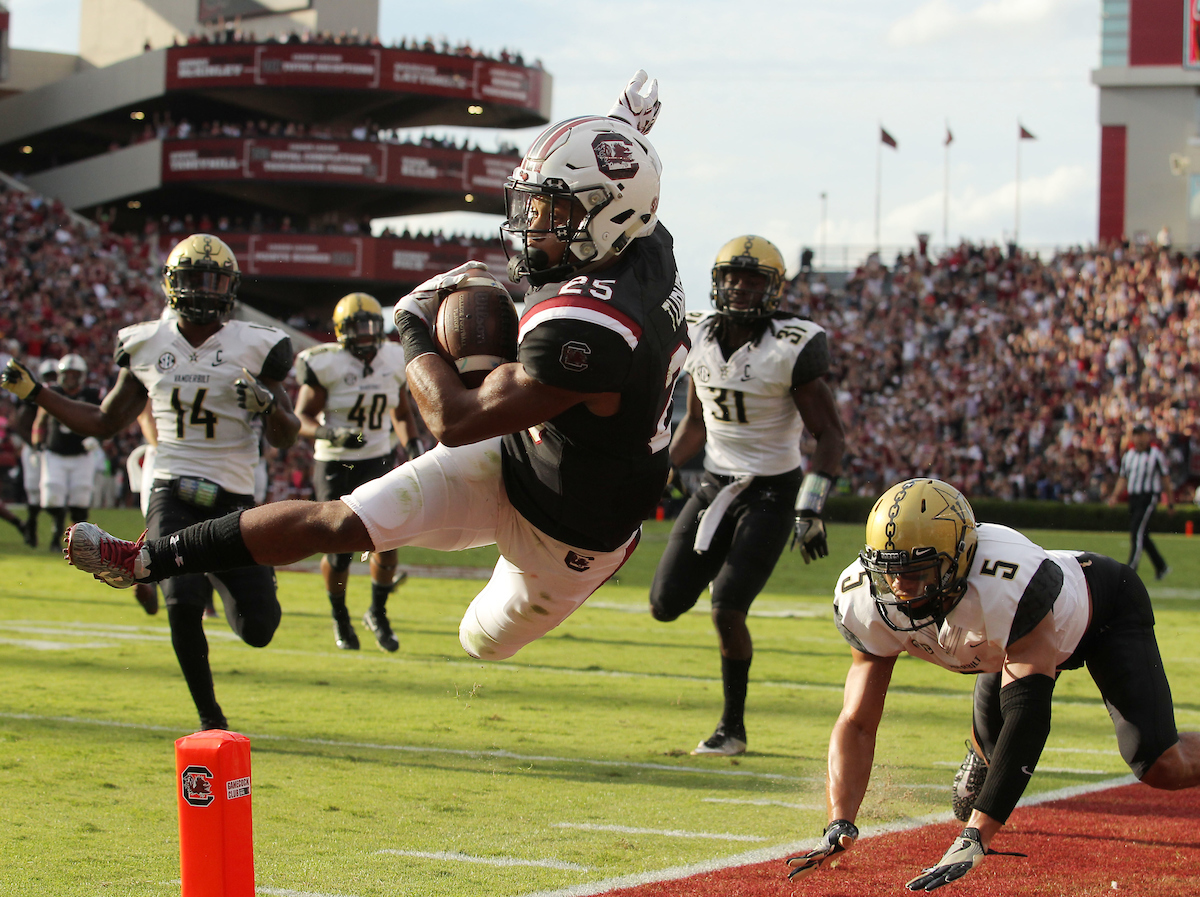 The University of South Carolina football team survived a late rally from the Vanderbilt Commodores to become bowl eligible for the second straight season under head coach Will Muschamp.

It wasn’t pretty, but after back-to-back losing seasons Gamecock fans will take “W’s” however they can get them …

South Carolina’s defense – which struggled for most of the afternoon – stopped head coach Derek Mason‘s team on a fourth-and-three from their own forty-yard line with just over a minute left on the clock.   The offense then picked up a first down on their ensuing possession to clinch the 34-27 victory.

In addition to securing bowl eligibility, South Carolina (6-2, 4-2 SEC) is now one victory away from posting its first winning season since 2014.  The Gamecocks are also one win away from posting a winning conference record for the first time since 2013 – the last of the school’s three consecutive 11-win seasons.

Meanwhile, the loss was the fifth straight conference defeat for the Commodores (3-5, 0-5 SEC) and their ninth in a row in this SEC East rivalry.

Commodores’ quarterback Kyle Shurmer completed 27 of 49 passes for 333 yards with four touchdowns and one interception.  The 6-foot-4, 227-pound junior from Philadelphia led his team on a 14-play, 77-yard touchdown drive to pull Vanderbilt within a touchdown with just under five minutes left in the game.

All told, the Commodores amassed 440 yards of total offense – 54 more yards than the Gamecocks were able to muster.

“We didn’t play well defensively,” Muschamp acknowledged after the game.  “You’ve got to give them some credit, too. Kyle Shurmer made some really nice throws.”

So did South Carolina quarterback Jake Bentley, although the sophomore signal caller did most of his damage on the ground.  Bentley completed 19 of 29 passes for a modest 174 yards with one touchdown through the air, but he scored twice on the ground – a 19-yard run in the first quarter and an 11-yard touchdown in the third quarter. 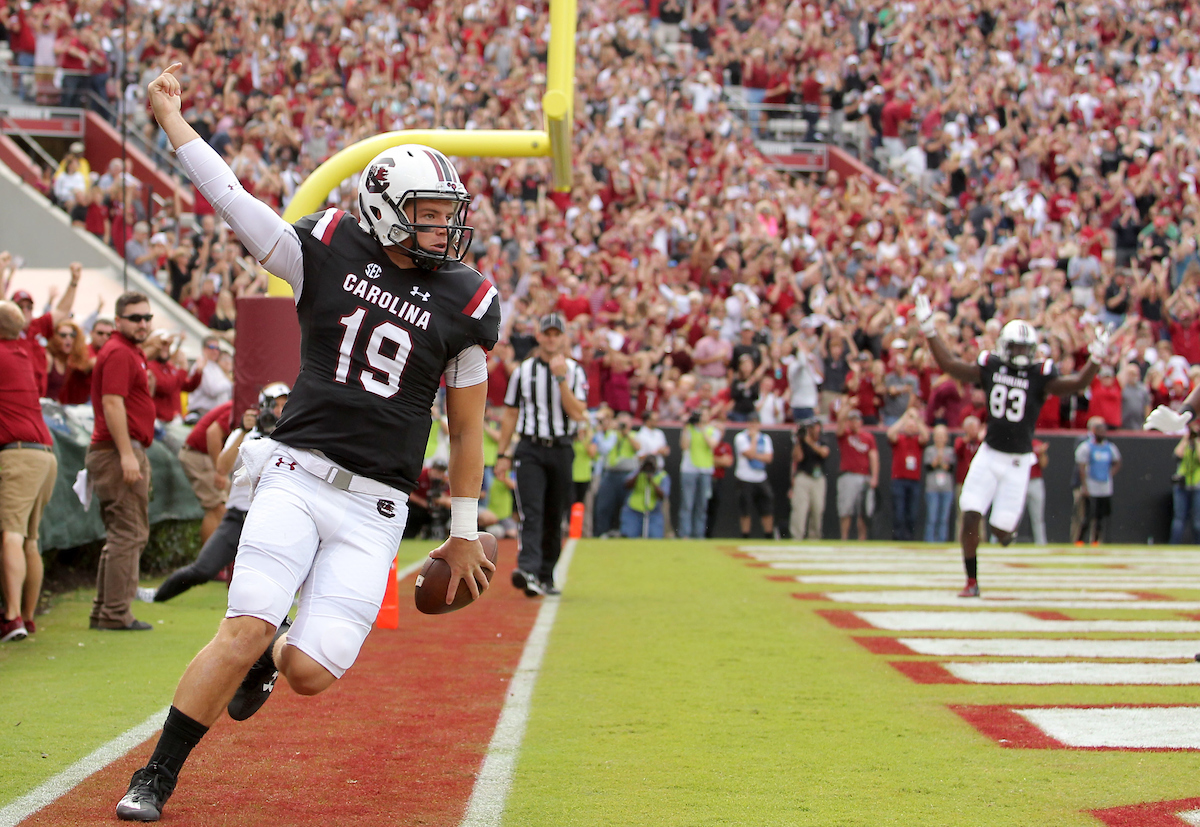 The 6-foot-3, 220-pound Opelika, Alabama native moved to 10-5 since taking over as the Gamecocks’ starting quarterback midway through the 2016 season.

Bentley’s six carries for 47 yards were part of a banner day for the ground game led by his father, South Carolina running backs coach Bobby Bentley.

One of the worst rushing teams in all of college football, the Gamecocks exploded for 212 rushing yards against Vanderbilt.  Leading the way was redshirt sophomore A.J. Turner, who posted a career-high 121 yards on fifteen carries – including a one-yard touchdown plunge.

South Carolina is technically still alive in the race for the SEC Eastern Division – which they haven’t won since 2010.

Unfortunately, they’ll have to knock off second-ranked Georgia on the road next week, beat Florida at home the following week and then hope Georgia falls to either No. 19 Auburn on the road or at home to Kentucky in its final two conference matchups.

Clemson Roars Back Into Championship Hunt