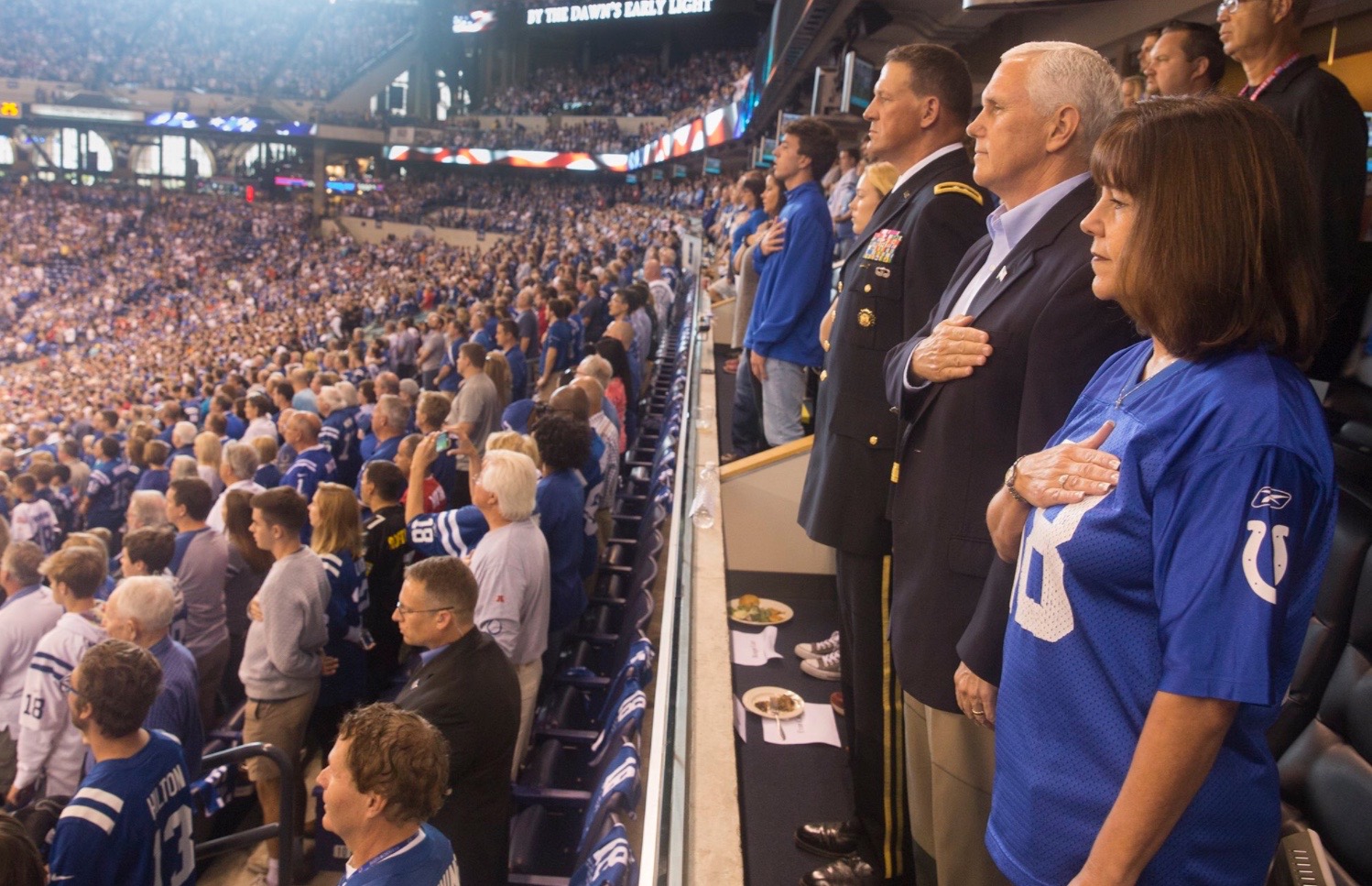 In the latest escalation of America’s culture wars, U.S. vice president Mike Pence walked out of a National Football League (NFL) game in Indianapolis, Indiana on Sunday after nearly two dozen players kneeled in protest during the playing of the Star-Spangled Banner.

Pence left Lucas Oil Stadium prior to Sunday’s game between the San Francisco 49ers and the hometown Indianapolis Colts after approximately 23 members of the 49ers took a knee during the national anthem.

All of the Colts’ players stood for the anthem, linking their arms along the sideline.

Pence left the stadium at the request of his boss, U.S. president Donald Trump – who previously called for fans to boycott the NFL if players continued kneeling during the national anthem.

“I left today’s Colts game because President Trump and I will not dignify any event that disrespects our soldiers, our flag or our national anthem,” Pence said in a statement. “At a time when so many Americans are inspiring our nation with their courage, resolve and resilience, now, more than ever, we should rally around our flag and everything that unites us.”

“I asked (Pence) to leave (the) stadium if any players kneeled,” Trump posted on Twitter on Sunday afternoon. “I am proud of him and (Karen Pence).”

Pence is the former governor of Indiana.  He was in town to pay tribute to former Colts’ quarterback Peyton Manning, who was honored by his former team with the unveiling of a new statue prior to kickoff.

This news site has consistently supported the right of NFL players to protest as they see fit – and we have continued to follow the NFL this season in spite of Trump’s call for a boycott.

“Players can continue to kneel if they want … and millions of Americans can continue turning off their television sets in response,” we wrote last week.

And based on the numbers … they are.

Does Clemson Deserve Its Ranking?