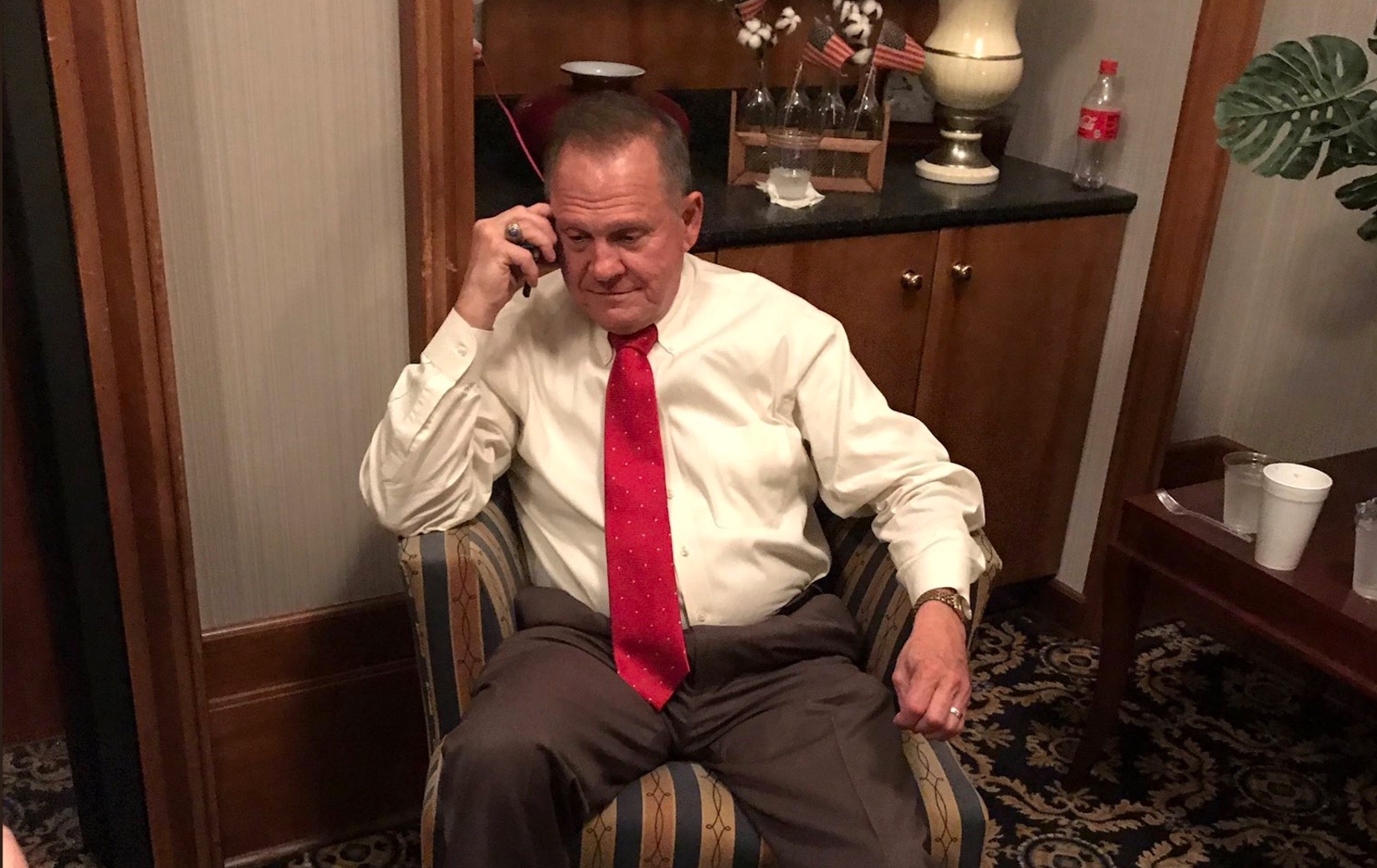 Trump’s backing failed to move the needle for Strange, who was appointed by former Alabama governor Robert Bentley (this guy) back in February to fill the U.S. Senate seat vacated by Jeff Sessions, Trump’s attorney general.

A staunch social conservative, Moore gained national fame in 2003 for refusing to remove a monument he commissioned of the Ten Commandments from Alabama’s judicial complex.  He now advances to face Democrat Doug Jones in a special election scheduled for December 12.

We’ve been following this race closely because another establishment “Republican” in the deep south – governor Henry McMaster of South Carolina – is banking on Trump’s endorsement to carry him to victory in the state’s 2018 GOP gubernatorial primary.

Like Strange, McMaster also owes the office he’s trying to hang onto to Trump.

Things haven’t turned out that way, though … at all.

McMaster’s early momentum has been blunted by his proximity to an ongoing multi-jurisdictional investigation into corruption in state government.  As a result, he has drawn multiple credible challengers – most notably Lowcountry attorney Catherine Templeton.

Ready for some irony, though?

Templeton’s top campaign consultant – Ward Baker of Tennessee – was on the losing end of the Alabama election.  Not only that, he was among those specifically called out by Steve Bannon, Trump’s former senior strategist.

“For Mitch McConnell and Ward Baker and Karl Rove and Steven Law – all the instruments that tried to destroy Judge Moore and his family – your day of reckoning is coming,” Bannon told Alabama voters this week.