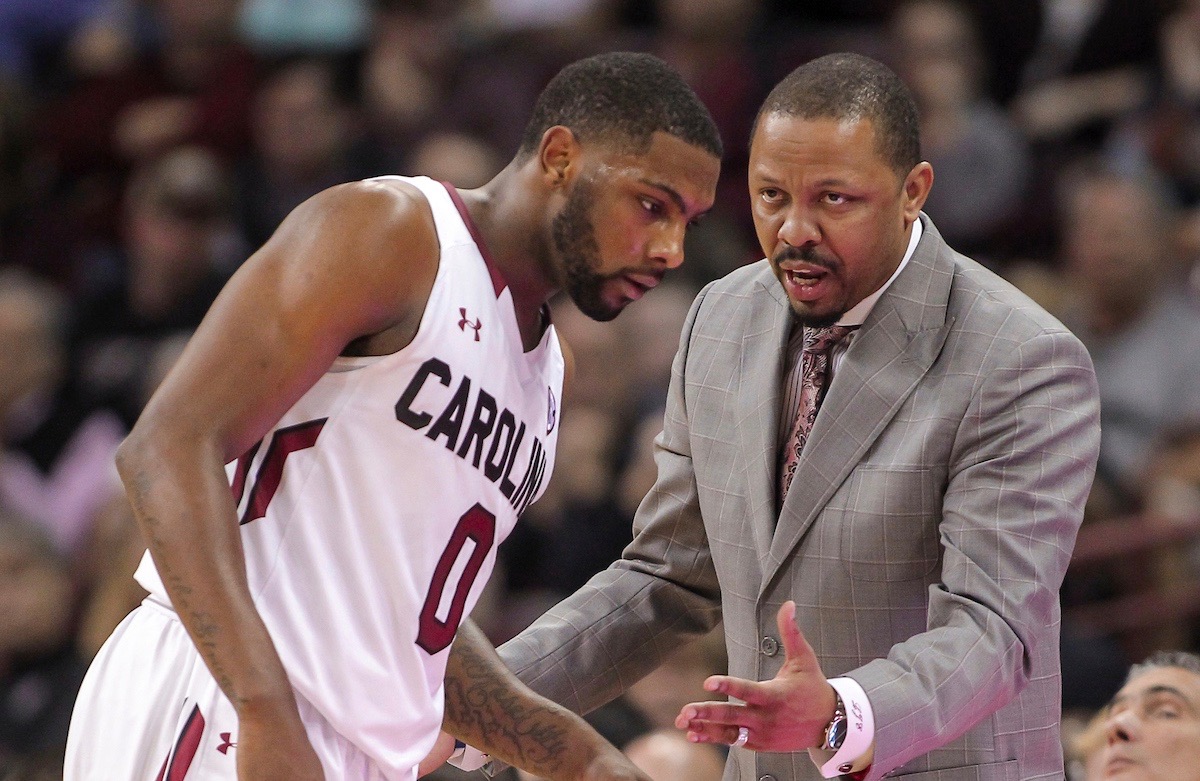 A former University of South Carolina assistant men’s basketball coach was arrested this week and charged with accepting bribes during his tenure at the school – part of a nationwide investigation that federal prosecutors contend represents “the dark underbelly of college athletics.”

Thornwell and Dozier – both of whom are playing in the National Basketball Association (NBA) – were integral components of South Carolina’s first-ever trip to the Final Four back in March.

According to federal court documents released this week, Evans is accused of accepting money from agents and financial advisors in exchange for his ability to “direct and influence certain student-athletes.”

The goal of this “direction and influence?”  Getting the players he recruited to sign deals with certain agents, financial advisors and apparel companies.

One meeting involving Evans referenced in recently unsealed court documents took place in March of 2016, while he was still employed by South Carolina.  The following month, Evans was hired by Oklahoma State University.  He has been suspended from that job pending the outcome of the investigation.

Three other assistant coaches – Auburn assistant Chuck Person of Auburn,  Tony Bland of Southern California and Emanuel Richardson of Arizona – were also arrested in connection with the bribery scandal.

According to prosecutors, apparel executives funneled money to families of blue chip college basketball players in order to get them to attend “their” schools – i.e. programs outfitted by these companies.

“The picture painted by the charges brought today is not a pretty one,” said Joon Kim, acting U.S. Attorney for the Southern District of New York. “Coaches at some of the nation’s top programs soliciting and accepting cash bribes. Managers and financial advisers circling blue chip prospects like coyotes. And employees of one of the world’s largest sportswear companies secretly funneling cash to the families of high school recruits.”

(Via: U.S. Department of Justice)

At least two schools – including the University of Louisville and a public university in Florida (believed to be Miami) – are directly implicated in the ongoing investigation, which began in 2015.

“We will cooperate fully with any law enforcement or NCAA investigation into the matter,” a statement from the school noted.

Louisville is already on probation for a scandal involving the use of prostitutes to lure high school recruits to its campus.

As for South Carolina, it’s not immediately clear how badly the school is exposed in connection with this federal investigation.

“These are serious accusations that are not consistent with University of South Carolina values,” a statement from the school’s athletics department noted.  “Behavior like this will not be tolerated in our programs. Of course, we will cooperate with investigators and we look forward to justice being done in this case. Because this is an ongoing criminal matter, we will have no further comment.”

Our view?  As we’ve been saying for years, it is past time to drop the charade that is the NCAA.

Specifically, we argued that a “no subsidy” rule should be put in place for college and professional athletics, leaving the functions of both higher education and college sporting programs to the private sector.