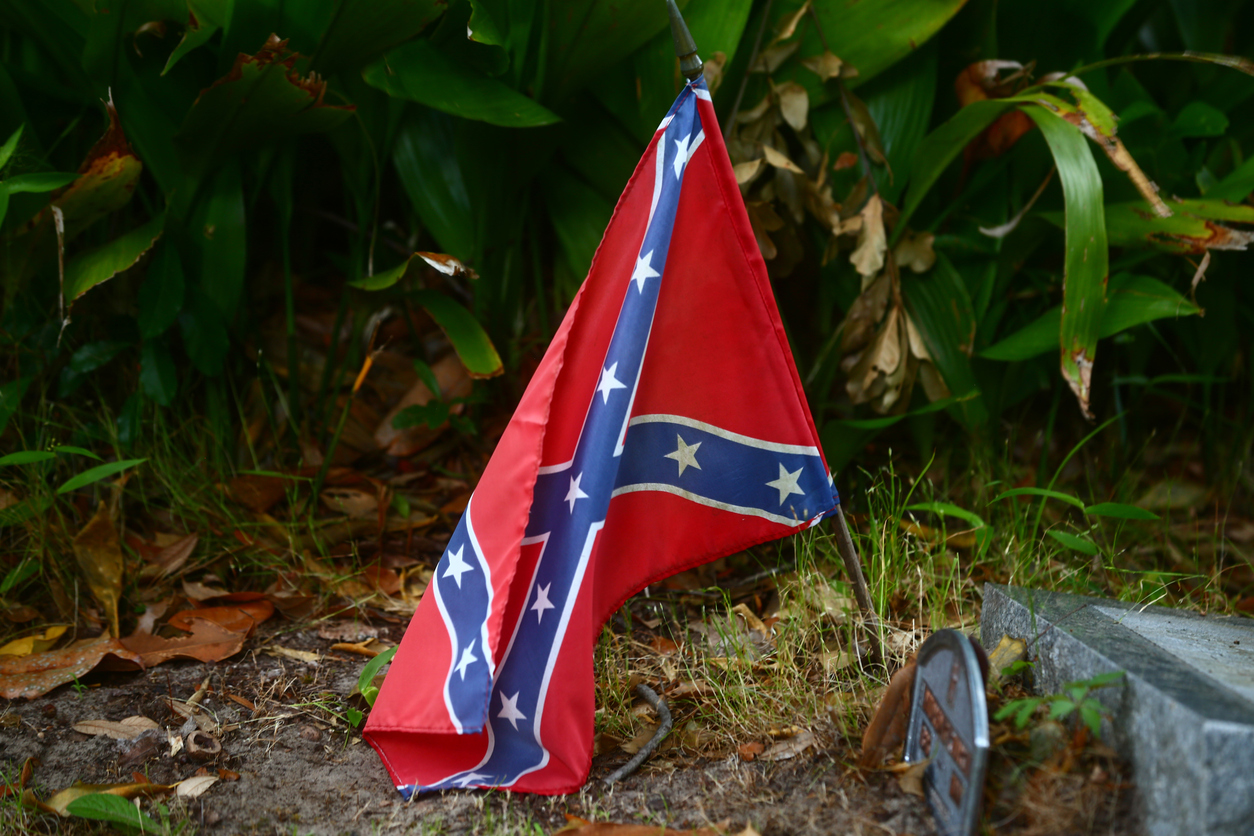 Reporter Meg Kinnard of The Associated Press has an interesting story up this week regarding a debate taking place within the Episcopalian church (and some other Christian denominations) over its Confederate heritage.  Specifically, Kinnard’s report notes that many Southern Episcopalians are “wrestling with the question of what to do with emblems dotting their parishes that memorialize the former slaveholding states and their battle heroes.”

Home girl has a way with words doesn’t she?  Indeed.

She’s got ways with all sorts of things, last time we checked …

Anyway, Kinnard’s story addresses the “Confederate ghosts” of legendary general Wade Hampton and Confederate poet laureate Henry Timrod, both of whom are buried in the graveyard of Trinity Episcopal Cathedral – which is located across the street from the South Carolina State House.

Trinity is one of several historic downtown Columbia, S.C. congregations that boasts monuments to its Confederate dead – although according to Kinnard the church “doesn’t allow the display of Confederate flags.”  In fact, her report notes that several such flags placed on the graves of Confederate dead were recently “removed.”

Anybody care to guess where this is going?

Seriously … we have a sneaking suspicion we’ll be linking back to this post quite often in the years to come, which means we’d better come up with something insightful to say on the subject.

Our take?  Private congregations can obviously do as they please when it comes to who is (and isn’t) buried on their property – and what sort of memorials are allowed to the dead – but we ardently oppose any revisionist attempt to erase or sanitize history.

As for exhuming the remains of those buried in these cemeteries?  That’s pretty sick if you ask us.  We think it takes an especially craven form of political correctness to endorse something as disrespectful as that …

#SCStateHouse: Nancy Mace Is In