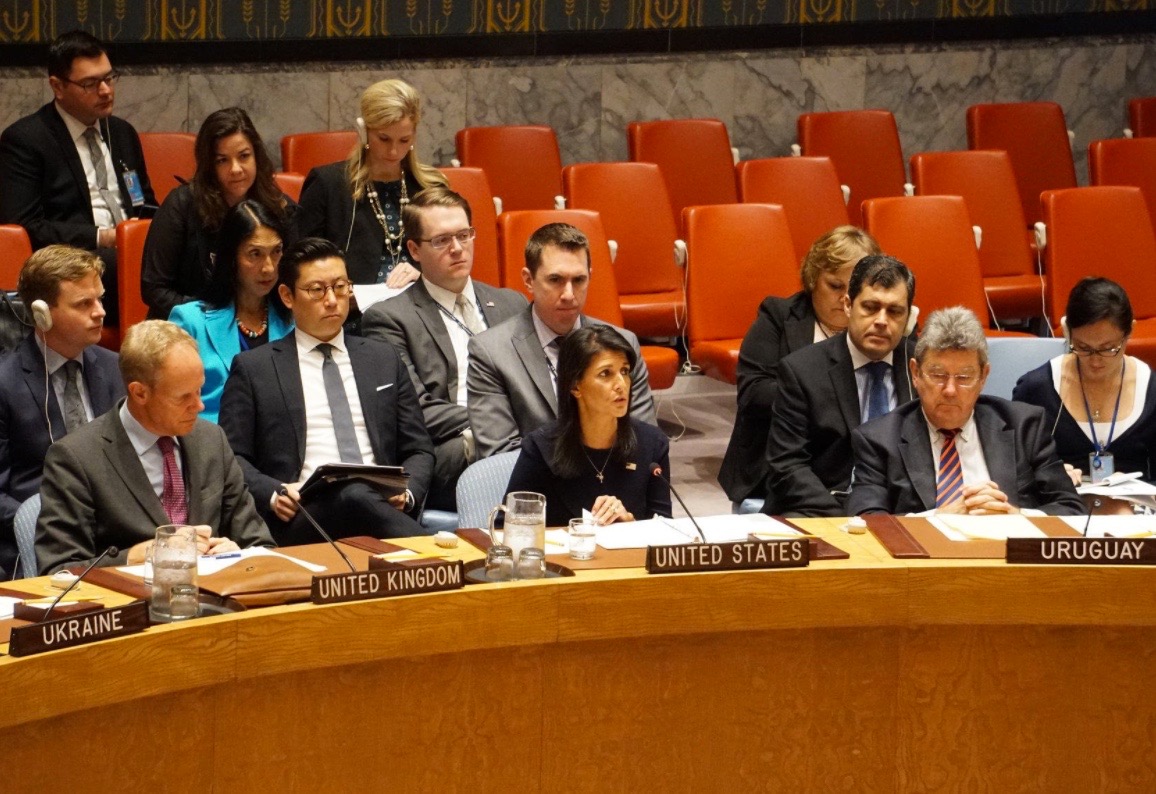 A prominent libertarian think tank is bashing U.S. ambassador to the United Nations Nikki Haley over “fundamentally misleading” remarks she made this week related to America’s ongoing participation in a nuclear non-proliferation agreement with the Islamic Republic of Iran.

Hold up … Haley is being “fundamentally misleading” on matters of foreign policy?

According to analyst Emma Ashford of The Cato Institute, Haley’s arguments against the Iran deal “carefully skirted around the actual facts.”

“Unusually for this administration, Nikki Haley’s arguments were well-crafted, clearly delivered and plausible-sounding,” Ashford wrote.  “But listeners should not be fooled.”

Ashford accused Haley of embracing “a selection of ‘alternative facts’ and carefully phrased arguments” that ignored the basic underpinnings of the Iran agreement – all part of an effort to provide U.S. president Donald Trump with the political cover he needs to abandon the deal.

Do we care whether Trump leaves this deal or not?  No

But according to Ashford, doing so would “set Iran back on the path to a nuclear weapon, and re-open the debate over military action which occurred prior to the finalization of the nuclear deal.”

“By ignoring the risks and eliding basic facts, Haley’s arguments are likely only to undermine U.S. foreign policy,” Ashford concluded.

This website has been all over Haley’s Iranian hypocrisy from the beginning.  And while we don’t care one way or the other whether Iran has nuclear weapons, we do believe this is yet another example of Haley’s underlying dishonesty in addressing … well, everything.

Of course to the liberal #FakeNews purveyors over at CNN, Haley is the “breakout star” of Trump’s administration.