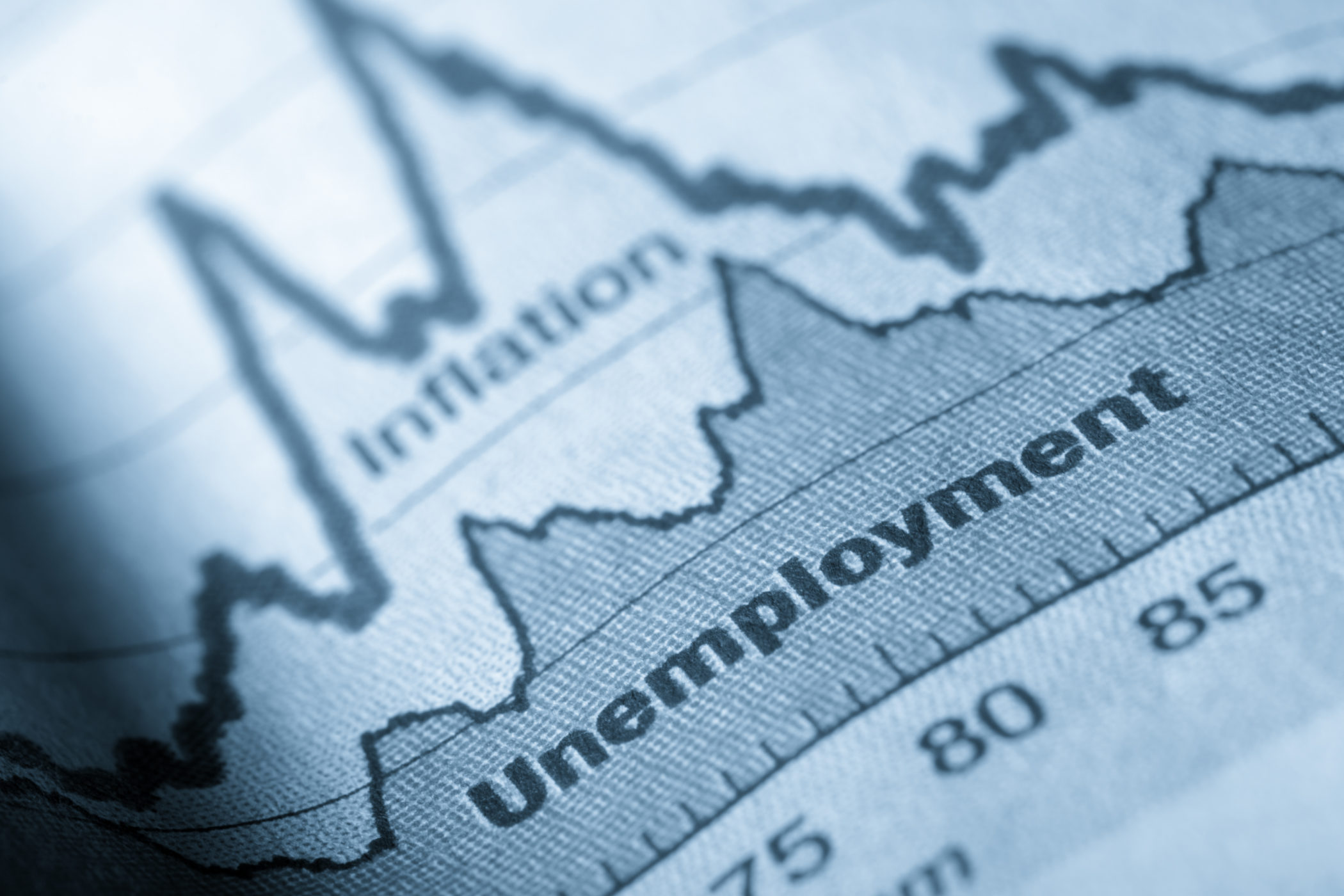 Initial jobless claims in America spiked by 62,000 last week, according to preliminary data released this week by the U.S. Bureau of Labor Statistics (BLS).

That’s a whopping 26 percent increase – the vast majority of it fueled by new jobless claims (51,637) coming out of Texas, which was ravaged by Hurricane Harvey late last month.  That’s the largest single-month increase since 2012 – and it sent the overall number of claims to their highest level since 2015.

Compounding matters, this spike in jobless claims comes on the heels of a decidedly tepid August 2017 jobs report … and was released just days before another massive tropical system, Hurricane Irma, is forecast to strike the east coast.

Courtesy of our friends at Zero Hedge, here’s a chart showing the current spike within the contest of historical trends … 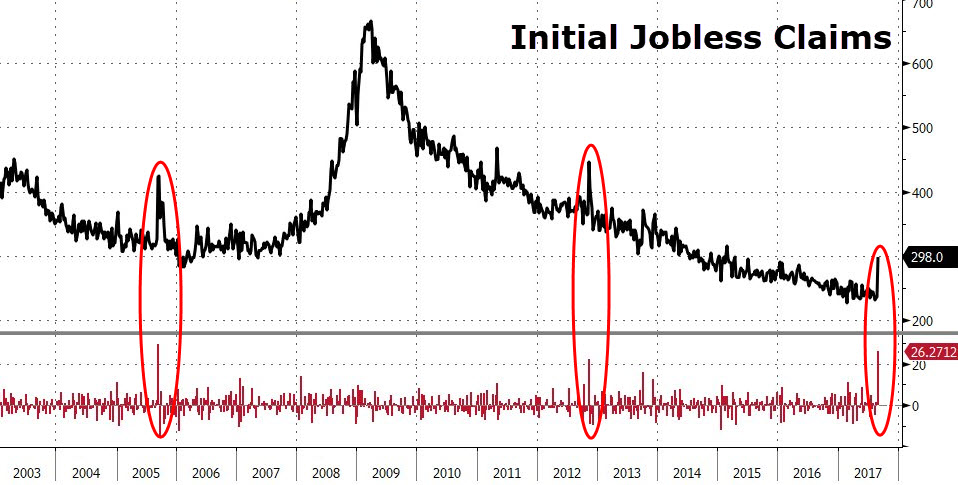 And yes, those circled red spikes correspond with Hurricane Katrina and Hurricane Sandy, which were the costliest storms to ever hit our country prior to Harvey – which is expected to eclipse them both (combined) in terms of cost.

Bottom line?  America’s employment economy was already struggling to find its footing before this one-two punch from the tropics hit.