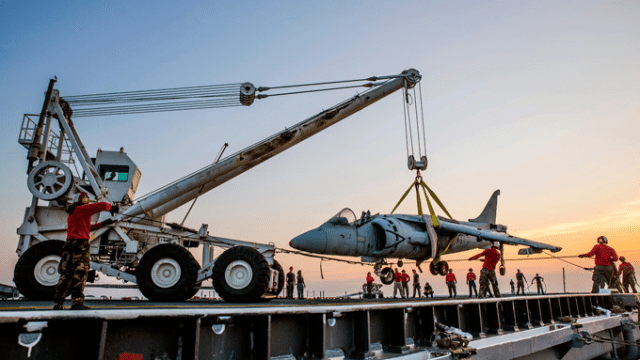 PRINTING MORE MONEY TO FINANCE ANOTHER WAR IS NOT THE ANSWER …

By Ron Paul  ||  Last week President Obama admitted that his administration has not worked out a strategy on how to deal with the emergence of the Islamic State in Iraq and Syria (ISIS) as a dominant force in the Middle East.  However, as ISIS continues its march through Syria and Iraq, many in the US administration believe it is, in the words of Defense Secretary Chuck Hagel, a threat “beyond anything we have ever seen.”

Predictably, the neocons attacked the president’s speech.  They believe the solution to any problem is more bombs and troops on the ground, so they cannot understand the president’s hesitation.

Chairman of the House Armed Services Committee Buck McKeon made it clear that fighting ISIS is going to cost a lot more money and will bring US forces back to Iraq for the third time.  The post-Iraq, post-Afghanistan peace dividend disintegrates.

ISIS is an urgent threat and a minimalist approach, that depends solely on FY15 funding or pinprick strikes that leave fragile forces in Iraq and Syria to do the hard fighting, is insufficient to protect our interests and guarantee our safety in time.

What does this mean in practice?  If the neocons have their way, the Federal Reserve will “print” more money to finance another massive US intervention in the Middle East.  In reality this means further devaluation of the US dollar, which is a tax on all Americans that will hit the poorest hardest.

A new US military incursion will not end ISIS; it will provide them with the recruiting tool they most crave, while draining the US treasury.  Just what Osama bin Laden wanted!

McKeon and the other hawks act as if they had only recently become aware of the ISIS.  Or if they noticed it, they pretend US policy had nothing to do with its rise.

McKeon also said last week, “ISIS threat was allowed to build and fester over a period of time.”

In fact, US regime change policy in Syria was directly responsible for the rise of ISIS over these past three years.  As journalist Eric Margolis observed recently, the emergence of ISIS is the “mother of all blowback.”  The neocons who want us to get tougher on ISIS, including a US attack on Syria, are the same ones who not long ago demanded that we support groups like ISIS to overthrow the Assad government in Syria.  US-trained and funded “moderates” from the Free Syrian Army joined the Islamist militias including ISIS, taking US weapons and training with them.

Three years of supporting any force that might overthrow the secular government of President Assad has produced a new monster in the Middle East that neocons insist the US must slay.

If ISIS is as big a threat as they claim, why can’t they simply ask Assad to help out?   Assad has never threatened the United States; ISIS has.  Assad has been fighting ISIS and similar Islamist extremist groups for three years.

Why does the US government insist on aligning with theocracies in the Middle East?  If there is anything that contradicts the US Constitution and American values it is a theocratic government.  I do not believe that a majority in the Middle East wants to live under such a system, so why do we keep pushing it on them?  Is that what they call promoting democracy?

A lack of strategy is a glimmer of hope.  Perhaps the president will finally stop listening to the neocons and interventionists whose recommendations have gotten us into this mess in the first place!  Here’s a strategy: just come home.

You said it, Colonel.

Are you going all “Grand Tango” on us? Capital “D”?

No, Paul is a “capital D” doofus. Suggesting that the “willy nilly”, no plan, foreign policy is better than a coherent plan, even a “wrong one” is just stupid.

Wow, all that to explain a Tango style capitalized letter.

The real truth is that my tablet always capitalizes Doofus, I think I saved it that way in the added vocabulary… doesn’t change the fact that Paul is a Doofus or that predictable responses are critical to foreign policy.

Wow, all that to explain a Tango style capitalized letter.

Although TBG vehemently disagrees with the Colonel’s “Doofus assessment”; TBG can’t fault him one iota for going the extra mile to avoid even a whiff of *Tangoness*.

I would rather have an enemy I can predict than a “friend” I can’t.

“If ISIS is as big a threat as they claim, why can’t they simply ask
Assad to help out? Assad has never threatened the United States”

But, the US did threaten Assad so we can’t ask him for help…so we have no friends in that region other than Israel…typical US policy, alienate everyone. It’d have been better to nuke the entire region and start over, certainly less costly…all morals aside of course. (and lets be honest, morals haven’t been an issue for our involvement in that region ever)

ISIS and Assad were cooperating to eliminate the FSA. Assad would accept our help, but that wouldn’t be a long term solution.
Use a nuke and there would be riots throughout the world and the USA. I never could imagine myself joining a riot, but first use of a nuke might prompt me.

Didn’t happen after Hiroshima & Nagasaki, doubtful it would happen today.

The two thirds of the world had been engulfed in war and we were the only nation that had it. If we used it now, how soon would it be before Russia used it in Ukraine. Putin has been pointedly mentioned Russia’s nuclear capabilities and new nuclear advances. Also the USA and NATO has accused Russia of violating the medium range nuclear missile treaty. A Chinese government newspaper has suggested solving the problem with Taiwan and the South China sea using nuclear weapons. It is not 1945.
These are potential dangers that our enemies, our allies and our citizens would object to vehemently.

Wow, you know the future, cool.

Nah claims to know the future. Ron Paul makes a thousand predictions and three or four come true, he’s a prophet.
Don’t you think that before you use a nuclear bomb, someone should calculate the consequences?

“Perhaps our predictions for the outcome of the war in Iraq were off just a little bit.”

That was one of the “three of four” of Ron Paul’s predictions that came true, right?

At least there’s some precedent for what “Nah” said, for your comments…there’s only speculation.

There is precedent for my viewpoint in that nuclear powers have been in many wars, even losing wars, and none have dared to use a nuclear weapon since WWII. There must be a reason that there is more precedent for my position than “Nah’s.

No one is talking about ISIS doing that to the USA. Very few wars end that way, particularly tried for war crimes. WWII was an exception. The British lost the American Revolution. Germany lost WWI. Vietnam was a lose for the USA. Afghanistan in the eighties was a lose for the Soviet Union.

Precedent – an earlier event or action that is regarded as an example or guide to be considered in subsequent similar circumstances.
You understand what I mean. Precedent is beneficial to posterity, but I don’t recommend its use for discovering the impact of using nuclear weapons today.
I can not give examples of riots resulting from the use of nuclear weapons since nuclear proliferation, but there were riots for the nuclear freeze movement. It would be logical to expect a much greater reaction to a nuclear attack.

ITBGRC his high school Latin …it would be a good handle for *our* GrandTango, also.

Our defense budget and debt would skyrocket.

Not only has that horse already left the barn, the barn has rotted away into nothingness and large trees now form a grove where it once stood….

True but our total debt as as a percent of GDP was higher during WWII. If the first use of nuclear weapons for anything more than defense from invasion of Homeland became accepted, then we would see huge growth of expensive missile defense systems. “No matter how bad things are, you can always make things worse.” ? Randy Pausch. The tree is hit by lighting and falls on the house which catches on fire and burns down.

We should test it on an American city first – just to make sure.

My vote is DC.

Why not Florida? It’s a terrorist training ground.

“Why not Florida? It’s a terrorist training ground.”

Because if the goal is to kill terrorists, DC has far more.

Have you ever been run over by a wheel chair?

Have you ever been run over by a middle eastern donkey cart?

According to Fox, it’s gonna be raining men… smelly, stupid, ignorant men… ever been hit by a falling camel?

Let’s hope it’s been bathed before they load it into their siege engine and send it over.

How humiliating… the world’s greatest civilization to be destroyed by
Trebuchets!

Use a nuke and there would be riots throughout the world and the USA. I never could imagine myself joining a riot, but first use of a nuke might prompt me.

PFFFFFT.
We’ll blame it on ISIS, or Syria, or Iran, or Russia, or Al Qaeda, or somebody we haven’t heard of yet. That will give us the retribution excuse.
Remember, the USA nukes in twos.

If ISIS is as big a threat as they claim, why can’t they simply ask
Assad to help out?

——
Um… maybe because we’re trying to kill him?

…we have no friends in that region other than Israel…

Let’s just hope they can keep a lid on their serf’s proclivities towards flying planes into our buildings eh?

Republicans hate it when they see someone in thought… they don’t believe in it.

Thought that when Obama said there was “no strategy” as yet for the ISIS mess (Daash is what I hear they are called in Iraq), it was one of his more honest and accurate statements to date rather than a gaffe. There certainly doesn’t seem to be any “strategy” to the US foreign policy in the Middle East unless the objective is to spawn terrorist groups like bacteria, and make itself increasingly unpopular with the civilian population caught in the violence. We’ve got anit-Western militias on the rampage in Libya, Iraq, Syria, who seem to have been supported by the US at some stage. So when Obama said there was “no strategy”, he was dead right.

The Russians have just started to send military aid to the Kurds.

The Kurds have oil.

The Iranians have oil.

The Iraqis have oil.

ISIS only has the oil it is stealing from Syria.

“Who’s jelly sandwich will land face up?”
Who cares if there is no peanut butter . . . .

The solution is simple, put jelly on both sides of the bread.

You know the US forces killed 100,000 Iraqi civilians over the last 10 years, but I guess none of their heads fell off? :-D

I’ll bet that actually quite a few of them did.

Yes, yes…but we do it in a “civilized” manner….using 18 year old with Nintendo controllers on flat screens. We don’t post those gloating youtube’s afterwards. We are civilized.