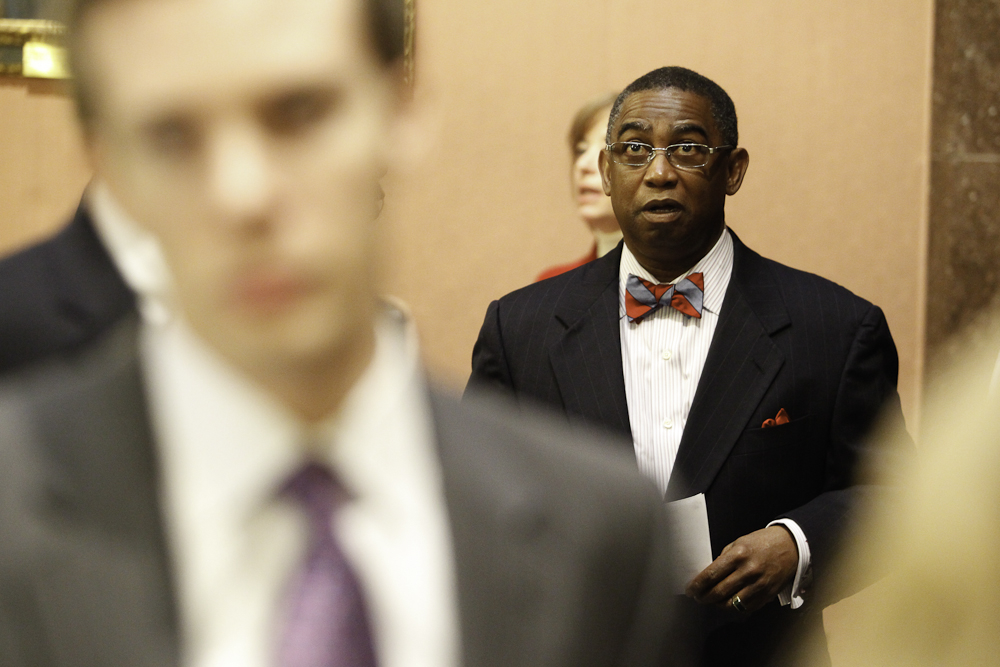 South Carolina State Senator John Scott is making calls to prospective donors about his possible entry into the 2018 gubernatorial race – making him the third Democratic lawmaker to express an interest in running for the Palmetto State’s highest executive office.

Do any of them stand a chance?  No … although Smith’s background as an Afghan War hero could make him a potential wild card.

Barring a seismic shift in voter sentiment, though, the winner of the South Carolina “Republican” gubernatorial primary next spring will enter the fall 2018 campaign as a virtual shoo-in to win the governor’s mansion.

No Democrats have formally announced their intentions, but Smith, Bamberg and Scott are all said to be close to pulling the trigger.

Scott, 63, spent eighteen years in the S.C. House of Representatives from 1990-2008 prior to being elected to the State Senate in 2009.  He represents S.C. Senate District 19 (map), which covers some of the poorest, most crime-ridden regions of the Columbia, S.C. metropolitan area.

Not surprisingly, he has been a reliable vote over the last quarter century in support of higher taxing, borrowing and spending on a state government that continues to produce lackluster outcomes – economically, fiscally, educationally and with regards to infrastructure, public safety and other core functions of government.

Of course most “Republicans” have been reliable votes in support of that agenda, too.

In fact they’ve veered so far to the left, they’re actually being called out by the radical left for their failed command economic machinations.