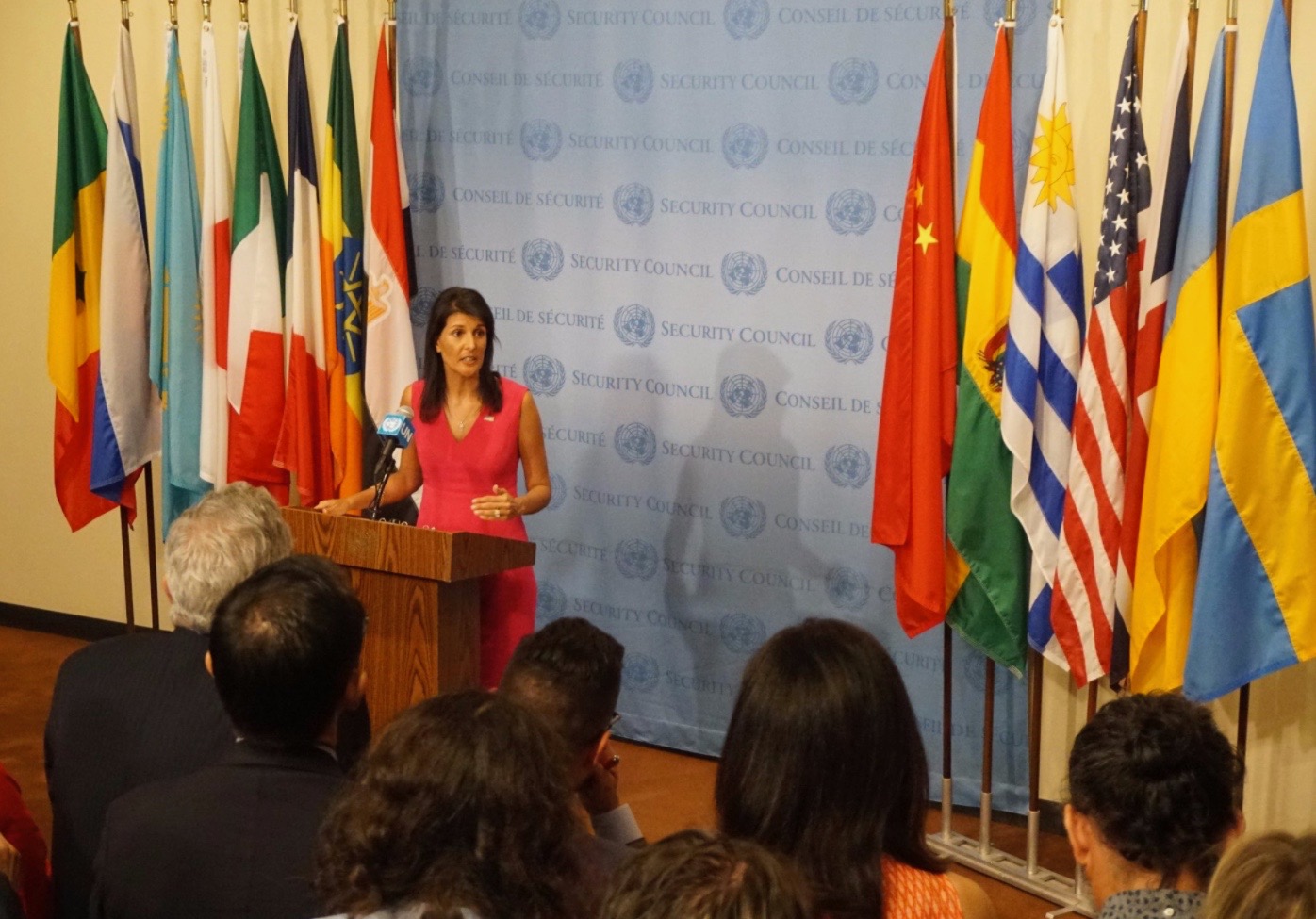 A month ago we took note of reports coming out of Washington, D.C. alluding to the possibility that U.S. ambassador to the United Nations Nikki Haley might soon replace Rex Tillerson as secretary of state.

Such a shift would mean that Haley – an aggressive #NeverTrumper during the 2016 presidential campaign – could wind up occupying what is generally regarded as the most influential post in the cabinet of U.S. president Donald Trump.

Presumably Trump might even un-muzzle Haley in such a role …

According to reporter Jonathan Swan of Axios, Trump has become “increasingly frustrated” with Tillerson.

“Rex just doesn’t get it, he’s totally establishment in his thinking,” Trump reportedly said of Tillerson following a recent strategy meeting on the former’s new Afghanistan policy, according to Swan.

Now Axios’ Mike Allen is reporting that “some switcheroo may happen sooner than expected” in Trump’s cabinet.  According to Allen, if Tillerson leaves his post then Haley would replace him at Foggy Bottom.  Meanwhile deputy national security adviser Dina Powell would replace Haley as America’s ambassador to the UN.

Ron Paul: Will The Government Declare War On Wikileaks?