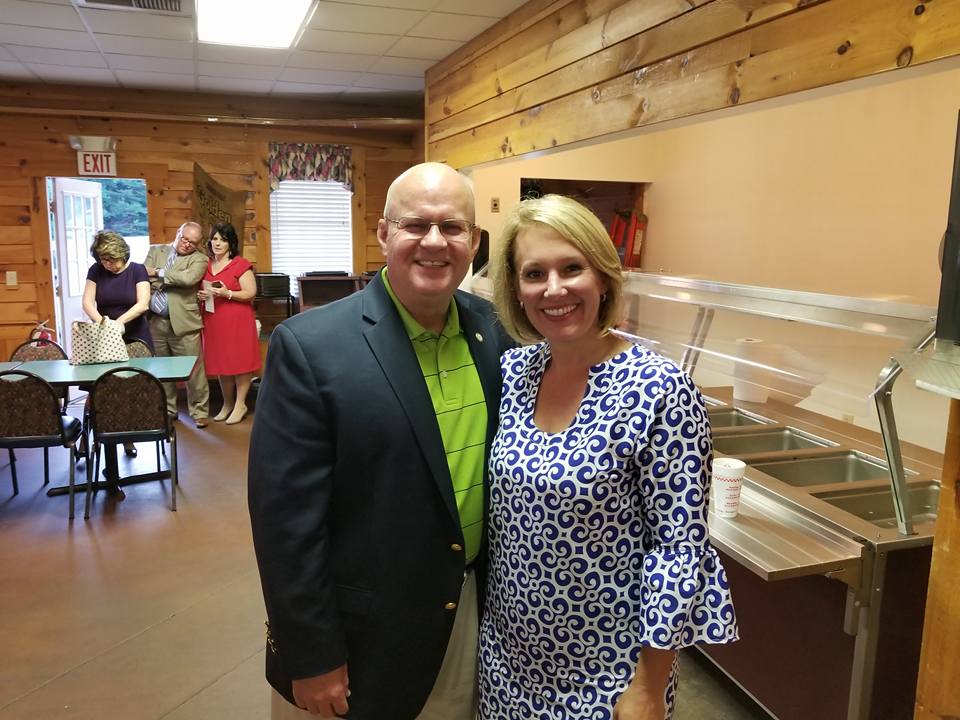 South Carolina GOP gubernatorial candidate Catherine Templeton waded into the controversy surrounding the Confederate flag during a visit to Pickens County in the rural, Palmetto Upstate on Tuesday.

According to a video of the event posted by the Pickens County “Republican” Party, Templeton said she was “proud of the Confederacy” but was not “backtracking” from her support of efforts to remove the flag from the grounds of the South Carolina State House two years ago.

Templeton’s firm was on a 2015 list of businesses that supported former governor Nikki Haley’s push to have the flag taken down following a racially motivated mass murder in Charleston, S.C.  Prior to the “Holy City Massacre,” Haley supported the flag and rebuffed efforts to remove it.

News of Templeton’s flag remarks were first reported by Meg Kinnard of The Associated Press.

While Templeton stood by her support of the flag’s removal, she also seemed to signal her support for the state’s 2000 Heritage Act – which prevents the removal of any Confederate (or civil rights) “monument, marker, memorial, school, or street” without a two-thirds vote of both chambers of the S.C. General Assembly.

This law has been successfully defended by the S.C. Secessionist Party as part of its ongoing efforts to block local governments from removing Confederate flags and monuments.

Templeton didn’t specifically come out in support of that law, but she did tell Kinnard she would oppose the removal of Confederate memorials from the grounds of the S.C. State House.

Templeton is one of four announced candidates for the 2018 “Republican” gubernatorial primary next spring.  The political newcomer is off to a hot start, too – drawing fire from increasingly vulnerable incumbent governor Henry McMaster and from Democrats alike.

In addition to Templeton and McMaster, lieutenant governor Kevin Bryant and former lieutenant governor Yancey McGill are also campaigning for the post.  Fiscally conservative State Senator Tom Davis is reportedly on the verge of entering the contest, too.  Democrats have no candidate at this point, and actually appear to be supporting McMaster behind the scenes.

Flag discussion aside, how was Templeton received by this rural Upstate audience?

One attendee described Templeton as “smart and to the point” while another referred to her as “entirely too slick.”  Yet another called her a “swamp creature” – while another said she was an outsider who could go to Columbia and “wrestle them and take ’em down.”

Templeton’s support from some of the same business leaders who backed Haley’s bids for governor also came up.

Clearly there was no shortage of reaction … which leads us to another point: Templeton continues to generate tons of headlines in the aftermath of the McMaster campaign’s decision to go on the offensive against her last month.

“(McMaster campaign manager) Tim Pearson screwed up on this,” one Palmetto political observer told us.  “He’s created a sensation where reporters are now following Catherine’s schedule daily and covering her everywhere. That’s unheard of this early for an unknown challenger against an incumbent.”