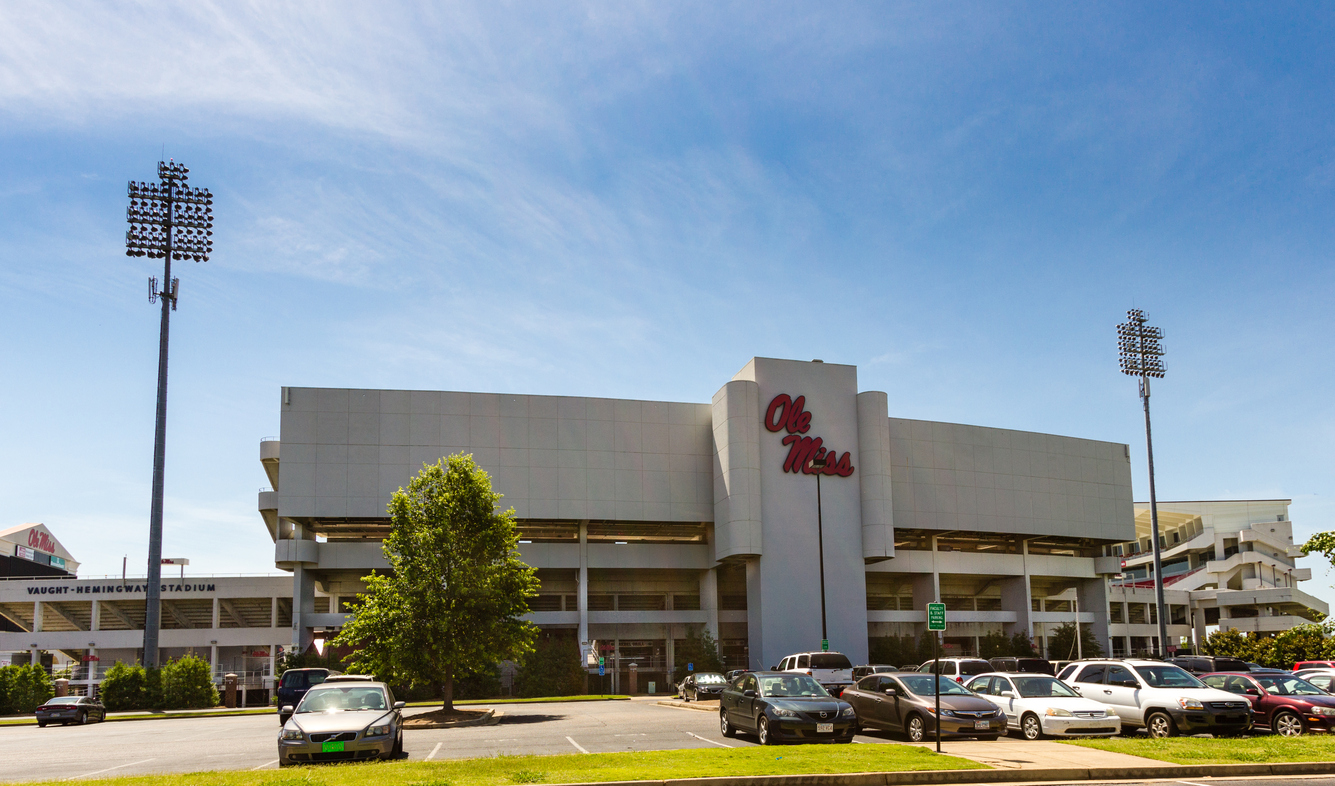 In recent years we’ve become increasingly frustrated by the National Collegiate Athletic Association (NCAA) – the entity responsible for regulating intercollegiate athletics in the United States.  Actually, our frustration is bigger than that: We believe the broader system the NCAA is upholding is a scam.

“Everything about American athletics – at every level – needs to be fundamentally reimagined,” we wrote three years ago in responding to a scandal involving former University of Georgia running back Todd Gurley, who had been suspended by the NCAA for selling his autograph.

“Todd Gurley selling autographs isn’t the problem … it’s the subsidized, socialized and patently unfair system that penalizes such free market interactions that’s to blame,” we noted at the time.

We argued that the problem had a simple solution, though.  By completely privatizing higher education, America’s colleges and universities could be “set completely free to pursue their destinies in the private sector,” removing much of the “heartburn over who should get paid (and how much).”

Because let’s face it … college athletes are getting paid.

Seriously, it happens all the time.  And given the revenue their endeavors generate for their schools (and the NCAA), they should be getting paid.

We used to mock former Auburn quarterback Cam Newton over this … but come on.  We all know it’s happening.

More importantly, we all know the reason it’s happening: Because the NCAA is propping up a heavily taxpayer subsidized system that flouts the free market in favor of a modern day slave market. 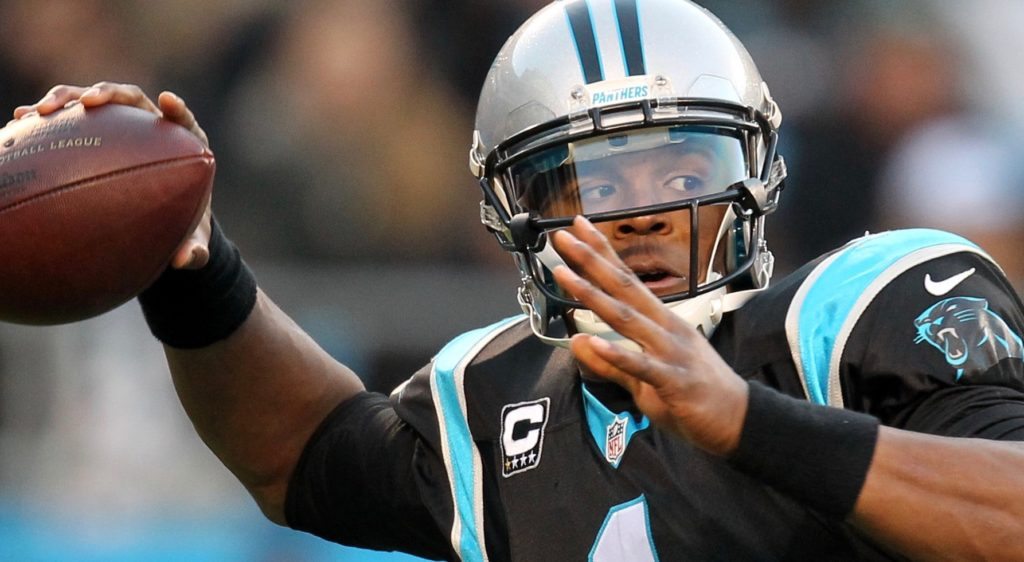 It’s worse than that, though.  As it upholds this economically unjust construct, the NCAA has become one of our nation’s preeminent purveyors of politically correct “social justice” – targeting states and schools which refuse to conform to its increasingly liberal worldview.

Take the University of Mississippi – a.k.a. “Ole Miss.”

Located in Oxford, Mississippi, Ole Miss offers a “doubly whammy” to the easily offended NCAA.  Not only is it a Deep South institution which continues to embrace Confederate nomenclature and symbolism (in a state that still proudly displays the Confederate flag), its head coach – Hugh Freeze – is a devout evangelical who never tires of “giving God the glory” for his program’s on-field victories.

Bottom line?  Freeze and his school are a perfect confluence of all the things that make the NCAA’s blood boil.

Not surprisingly, Ole Miss has been under the NCAA microscope in recent years – and now the school has been formally accused of committing twenty-one NCAA violations in connection with this recently concluded investigation.  In a preemptive response to these allegations, the school self-imposed a one-year bowl ban, docked scholarships and assessed other penalties back in February.

The NCAA violations have also resulted in the scapegoating of former Ole Miss staffer Barney Farrar – who was fired following the 2016 season after he “intentionally hid misconduct” from others in the program.

Not only did Ole Miss fire Farrar, it quit paying his legal bills – and Freeze has been quoted as saying that some of Farrar’s conduct made him “want to vomit.”

Farrar responded to the NCAA this week with a seismic statement.  A far cry from the “thank you, sir, may I have another” response of the Ole Miss administration – Farrar pulled no punches in his assessment of the regulatory agency’s inquiry into his former program.  He flatly accused the NCAA of embarking on a rogue investigation motivated by its hatred of Ole Miss – not by the substance of the allegations (or the facts surrounding those allegations).

Specifically, Farrar accused the NCAA of participating in a “witch-hunt” against his former school – collecting inaccurate testimony and improperly granting immunity to witnesses connected to the case.  Not only that, Farrar suggested some of the witnesses were guilty of far worse NCAA violations than those leveled at his former program.

And he named names, too (although the NCAA redacted them).

Here is an excerpt from Farrar’s heavily redacted statement …

[Redacted] is the only witness that provided any purported evidence against Coach Farrar. [Redacted] is a young man that now plays football for Ole Miss’s [Redacted] rival, [Redacted]. A young man likely lured into this witch-hunt by his own head coach so he could escape NCAA charges himself, deflect his misdeeds onto Farrar and Ole Miss, and keep his eligibility to play for [Redacted]. A young man who, undeservedly, was given immunity as the NCAA enforcement staff deliberately turned away from his own admitted violations so that it could pursue the school and the recruiter it really wanted – Ole Miss and Barney Farrar.

“Redacted” – a.k.a. “Player 39” – is allegedly Mississippi State linebacker, Leo Lewis.  And the coach whose name was scrubbed from the report is clearly Bulldogs’ ninth-year head coach Dan Mullen.

In fact one reported noted it didn’t take a “decoder ring” to figure that out.

According to a report from Neal McCready of Rivals.com, “Ole Miss, per multiple sources, possesses a recording, and has given the SEC a copy, of Lewis’ mother asking Ole Miss for money and detailing incentives she received from other programs, including Mississippi State.”

Freeze’s statement to the NCAA also references this alleged recording of Lewis’ mother discussing the benefits her son was offered by other SEC schools.

If true, it would certainly appear Ole Miss is the victim of selective enforcement in this case.  More to the point: Why would the NCAA grant immunity to such a materially compromised witness?  Wouldn’t that be akin to, say, granting a car thief immunity to testify that the vehicle he stole was illegally parked at an expired meter?

None of it makes sense … unless of course you subscribe to the theory that the NCAA is out to get Ole Miss.

“At some point, the investigation into Ole Miss’ football program got personal, and in personal fights, people want to inflict pain,” McCready wrote in his report.  “Make no mistake, the NCAA wants Freeze.”

McCready specifically referred to the NCAA’s notice of allegations against Ole Miss as “a proverbial knife, and the sharpened blade was aimed right at Freeze’s jugular.”

To be clear: We don’t have a dog in this fight.  We live and work in South Carolina, and have no connection to either Ole Miss or Mississippi State.  And in all fairness to the NCAA, the Rebel program is clearly in violation of its rules (hence its self-imposed penalties).

That’s not the real issue, though.  The real issue is whether the NCAA knowingly ignored more serious violations involving another institution(s) – or even worse, whether it leveraged potential consequences associated with these violations as part of a PC-motivated vendetta against Ole Miss.

If that’s the case, then the NCAA is not merely upholding an unfair system – it is doing so unfairly, which could conceivably have far-reaching implications for other programs led by coaches who like to tout their faith.  Most importantly, it would provide yet another compelling justification for jettisoning this entire outdated system and replacing it with one accountable to the marketplace, not the whims of ideologically motivated bureaucrats.

Donald Trump: Can They Take Him Out?