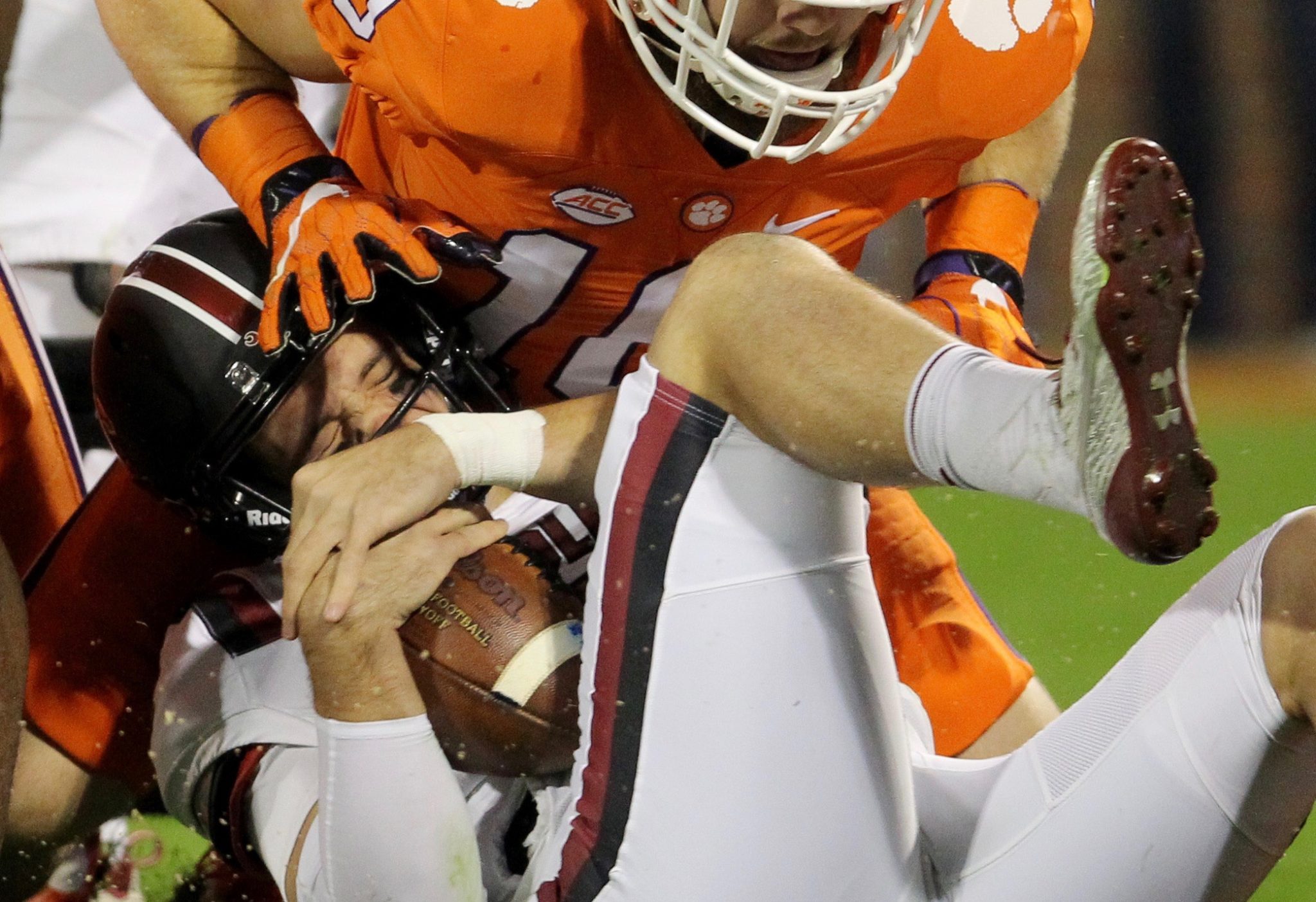 University of South Carolina head football coach Will Muschamp has a rule against freshman players speaking with the media.

Perhaps he should extend the restriction to sophomores, too …

Gamecock quarterback Jake Bentley served up a doozy of a quote this week, telling a Palmetto State reporter that last year’s 6-7 Gamecock team was just as good as the national champion Clemson Tigers – who laid a 56-7 shellacking on South Carolina during both teams’ regular-season finale back in November.

“We just didn’t play well that week,” Bentley told Aaron Cheslock of Fox Carolina. “That’s our big quote going into this year.  We felt we got outworked. So our big thing is never again we will be outworked.  Never again will be out-competed in a game like that. It all stems from that game.  Because at the end of the game, everyone knew that they weren’t that much better than us or better than us at all.  It really just lit a fire in everybody.  Since that week, everyone has worked harder and wanted it more.”

Jake & @bobbybentley on the #Gamecocks trying to close the gap with #Clemson & how the rivalry game's providing motivation @foxcarolinanews pic.twitter.com/LKOW4ogvkL

We’ve always thought Bentley was a smart young man but a statement like that is honestly too stupid to think, let alone to say out loud.

Not only is it stupid from a factual standpoint (ahem, ahem) but it’s stupid because it gives Clemson all sorts of motivation when the Tigers visit Williams-Brice Stadium in Columbia, S.C. on November 25.

Seriously … we shudder to think what legendary Clemson head hype man Dabo Swinney can do with this sort of bulletin board material.

South Carolina’s loss to Clemson last year was arguably the most humiliating defeat in the history of the program – and several Gamecock players compounded the ignominiousness by complaining about Clemson players taunting them during the beatdown.

“When you get beat as bad as South Carolina got beat … bitching and moaning about the names you got called during the game or the disrespect you were subjected to afterward is just silly,” we noted. “Respect is earned.  And South Carolina didn’t come close to earning it.”

The 6-foot-4, 233-pound Opelika, Alabama native had a solid freshman season (well, with the exception of the Clemson game) and he figures to be the leader of a potent offensive unit heading into 2017.

Having said that, his comments regarding last year’s Carolina-Clemson game rank among the dumbest utterances we’ve ever heard in our lives … and we live in the dumbest state in America, people.