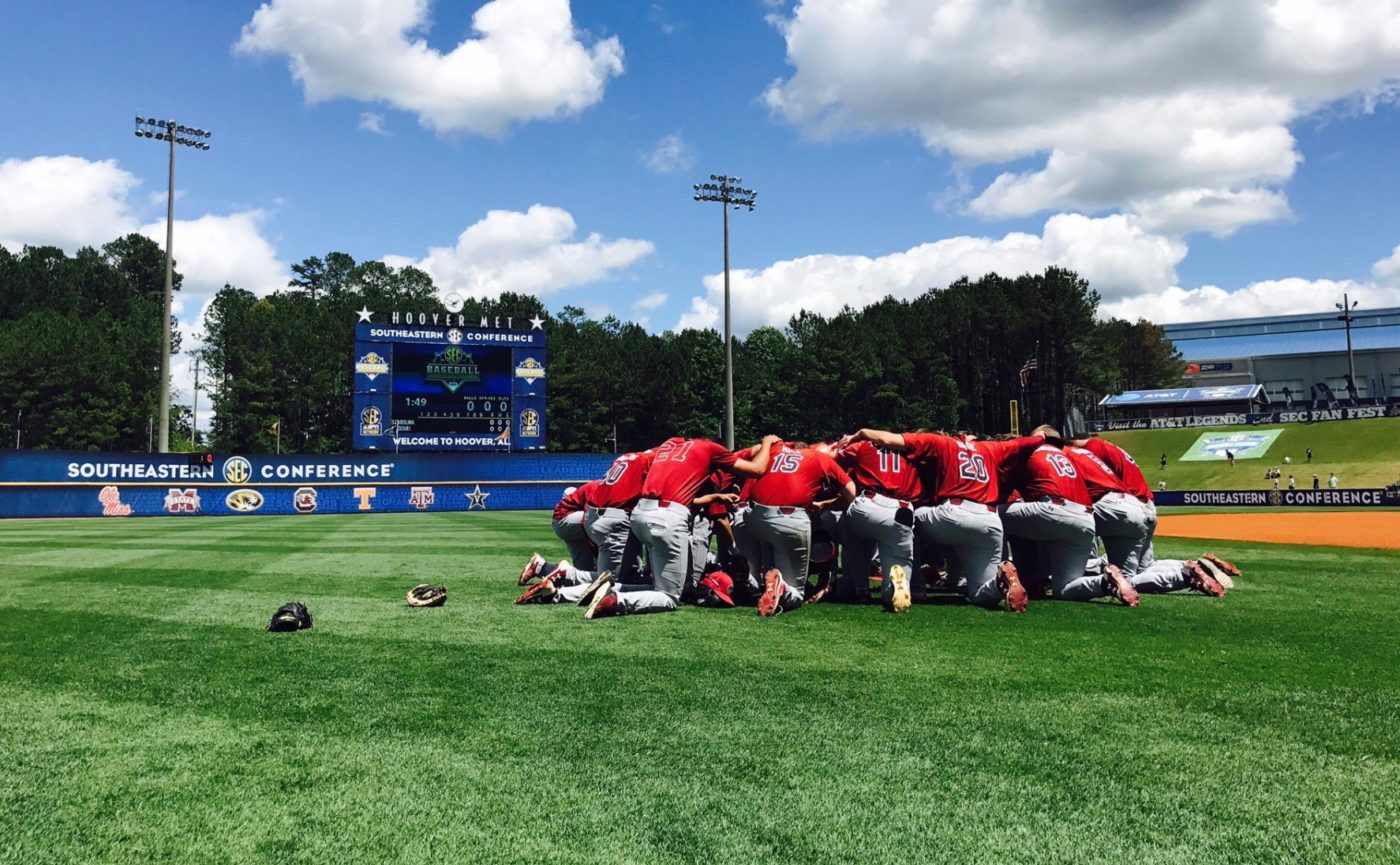 The streaking Gamecocks (34-24) will play Kentucky in an elimination game today at 4:00 p.m. EDT.

Will it be too little, too late for embattled head coach Chad Holbrook?

“We are swinging the bats pretty good down here,” Holbrook said of his team’s SEC tournament run in Hoover, Alabama.  “We have had some pretty good power in our numbers in our three games.  We put some runs on the board, got some momentum going and hopefully we can continue that into tomorrow.”

It’s been an incredibly disappointing year for Gamecock baseball fans, who are on the verge of watching their team miss out on NCAA postseason play for the second time in three years.

A win over Kentucky could move the Gamecocks back into the conversation for a postseason berth, at which point Holbrook’s team would probably need to put together another winning streak to soothe its frustrated fan base.

South Carolina entered the 2017 season ranked No. 4 in the nation – with Gamecock fans expecting to build on last season’s 46-18 record (Holbrook’s best mark since taking the reins of the program following the 2012 season).

Things didn’t pan out, though, with South Carolina dropping eight consecutive SEC series to close out the regular season.

Despite the declining trajectory of the program, its former head coach Ray Tanner – now the school’s athletics director – does not appear inclined to fire Holbrook.

Perhaps a late season run can convince fans to keep him around another year?