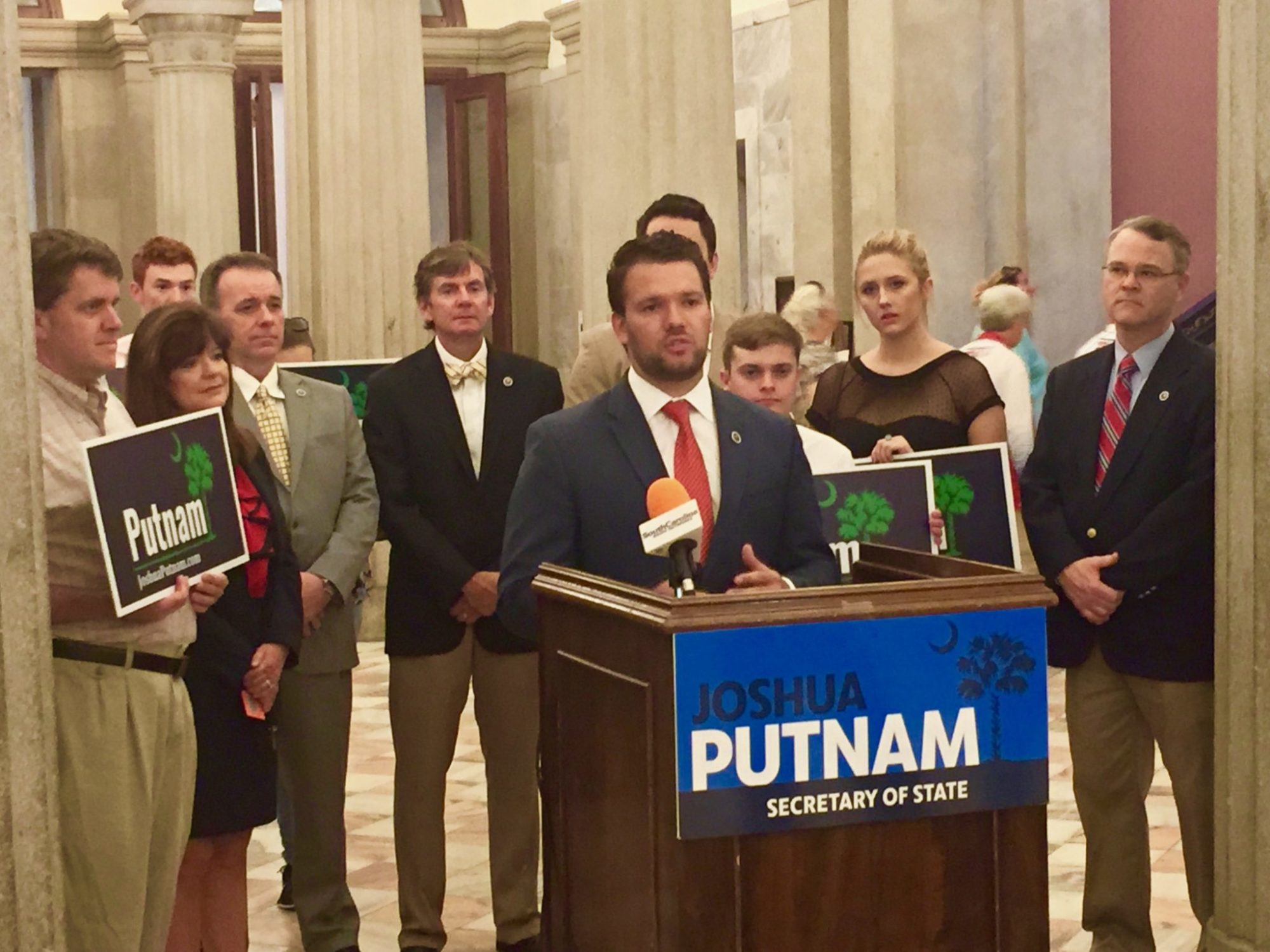 (Columbia) — State Representative Joshua Putnam of Anderson County announced his intentions to run for South Carolina Secretary of State against incumbent Mark Hammond. Putnam will bring a fresh set of eyes and a new business-friendly approach to a government office that has not changed hands in 16 years.

On Thursday morning, Rep. Putnam gathered with family, friends, and day-one supporters at the state capitol to officially declare his candidacy for the position of Secretary of State.  Joshua currently represents District 10 in the House of Representatives, which includes portions of Anderson, Pickens, and Greenville counties.  During his tenure at the state house, he has fought for business development, job growth, and cutting wasteful bureaucratic spending.

As a small business owner, Joshua’s platform includes more accessibility and transparency to the office of Secretary of State, making it more efficient and user-friendly for South Carolina businesses in the 21st century.  Additionally, Putnam would promote other business-friendly measures, such as creating a business ombudsman within the office’s existing budget to expedite business filings and answer questions new businesses commonly have with the office.

During his announcement Putnam remarked, “I’ve had the honor of representing the great people of District 10 in the House of Representatives. I’ve also advocated for citizens and taxpayers across our state. I don’t believe everyday citizens, taxpayers, and business owners have had a voice or champion for their interests in Columbia in a long time.” He continued, “This is an office with tremendous untapped potential – not when it comes to expanded programs or budgets – but becoming the voice and champion of individual taxpayers and small businesses in the Palmetto State… If elected, I’ll launch an immediate review of every aspect of this office to explore ways its core functions can be achieved with more transparency, efficiency and accountability in an office that must adapt to an ever-changing, technology-driven 21st century.”

Joshua graduated from North Greenville University with a BS in Marketing and Business Administration in 2011.  He is a member of Grace Church Powdersville, and is married to Holly Putnam.  Together they have two sons (Asher and Abram), with a daughter (Anniston) on the way.