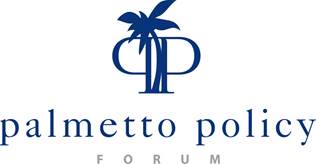 DeMint, who is investing a portion of his remaining campaign funds to help establish the group, will also serve as its Founding Chairman.

Joining him on the Founding Board is a roster of prominent South Carolina leaders including C. Dan Adams, President and CEO of The Capital Corporation; J. Gresham Barrett, Stewardship Director of NewSpring Church; Michael R. Brenan, Group/State President of BB&T; Michael H. McBride, Chairman of the Board of Directors of HMR Veterans Services, Inc.; and Stu Rodman, Founder and Vice-Chairman of the Board.

The organization will be led by newly-appointed President & CEO, Ellen Weaver, a seasoned veteran of policy, communications and politics. Weaver has worked with DeMint in both Washington, DC and South Carolina, most recently serving as his State Director. She will assume full-time duties with Palmetto Policy Forum on March 4, to allow for the completion of an orderly transition between the former DeMint office and that of newly-appointed U.S. Senator Tim Scott.
Dr. Oran Smith, a trusted advocate for conservative policy during his many years of service in South Carolina, will join the staff as Senior Fellow, applying sharp analytical skills to legislative research and policy innovation.

Kate Middleton Maroney, who worked on Capitol Hill in the office of U.S. Representative Trent Franks, will join the staff as Executive Assistant and oversee management of new media outreach.

“While Washington is stuck in an endless cycle of debt, “cliffs” and crisis, a growing number of states are seizing the initiative to implement bold policy innovation that will expand opportunity and economic prosperity for all of their citizens. Conservative success at the state level will be the catalyst that saves our country,” said DeMint.

He continued, “I am pleased to have this opportunity to invest in Palmetto Policy Forum and the future success of the state I love. I believe South Carolina can lead the nation with the most principled, powerful and effective conservative advocates in America. The Forum will play a key role in cultivating the bold and visionary ideas that we know form the ladder of opportunity for every American. In my new role at The Heritage Foundation, I look forward to working with Palmetto Policy Forum and like-minded groups all around the country to lead an opportunity renaissance that speaks to the dreams and aspirations of every American.”

“South Carolina needs an organization that will develop a broad spectrum of well-researched policies, rooted in conservative principles and promoted in a positive, coalition-building way. There is no reason why South Carolina cannot lead the nation in passing market-based policies that we know form the foundation of long-term economic and social success. On behalf of the Board, we look forward to the work ahead,” said Founding Board Member, Mike Brenan.
Forum Senior Fellow, Dr. Oran Smith said, “An opportunity like Palmetto Policy comes along once in a lifetime. I am honored to add a portfolio at The Forum to my duties as President of Palmetto Family. Positive, conservative but winsome policy entrepreneurship is what South Carolina needs, and that is what Jim DeMint and The Forum represent.”

In closing, Forum President Ellen Weaver stated, “Our challenge – and opportunity – is to develop principle-based policies and to promote them in a way that connects back to the shared values of people all over South Carolina. By promoting best-practice conservative ideas from around our state and nation, we can show the way forward to increased opportunity for all. It has been an honor to serve in the DeMint office for the past 12 years and I am humbled to have now been asked to oversee this exciting new venture. I look forward to the chance to work with our board, staff and South Carolina leaders to launch positive policy solutions for the future of our state and those willing to follow South Carolina’s lead.”