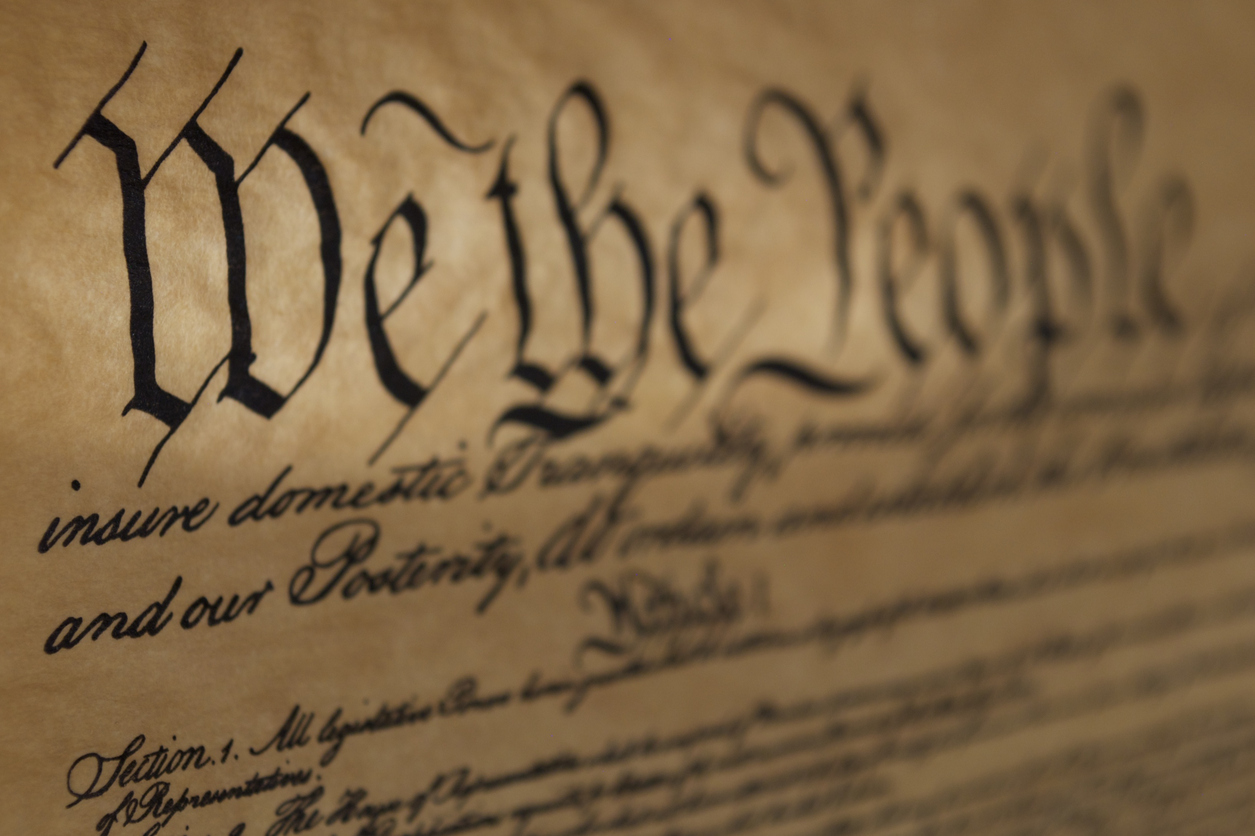 AMERICA MUST RETURN TO ITS FOUNDING PRINCIPLES …

Because our founders held a deep appreciation for history, they were hostile to concentrations of power in the hands of a few.  This is why they divided power both horizontally and vertically.  Horizontally, at the federal level they created three branches of government: the executive, legislative and the judicial branch each sworn to uphold the Constitution.  Vertically, they created federalism which is embodied in the Tenth Amendment to the U.S. Constitution.  As James Madison put it in Federalist No. 45, the powers of the federal government, were to be “few and defined” and any power not granted to the federal government by the Constitution in Article 1, Section 8 was to be retained by the states or the people.

As an additional brake on power, the exercise of one of these federal powers could not infringe on our rights as outlined in the Ninth Amendment which basically states that just because The Constitution enumerates some of our rights through the “Bill of Rights”, that in no way “denies or disparages” all of our rights which were too many to enumerate. Furthermore, the exercise of any power also had to be for the “General Welfare” not some particular group or special interest.

Also, the Commerce Clause was intended to prohibit mischief making by the states that might engage in protectionism and allow free trade and make regular the free flow of goods and services throughout the nation.

Of course, president Franklin Roosevelt’s court packing scam of 1937 involving a threat to pack the court with six additional Supremes turned the whole notion of limited government a with delegated, enumerated and thus limited powers on its head and now the Feds have unlimited powers as the Supremes allowed the Commerce and the General Welfare Clause to be converted from shields against power to swords for power.

The chastened Court, acting in its own self-interest, started rubber-stamping Roosevelt’s “New Deal” – which opened the floodgates through which the redistributive and regulatory state flowed.

As a result, federalism has been mainly discarded in recent decades.  Congress has taken over many activities that were traditionally reserved to the states and the private sector.  Grants-in-aid are a primary vehicle that the federal government has used to extend its power into state and local affairs.  Grants are subsidy programs that are combined with federal regulatory controls to micromanage state and local activities.  The results of this abandonment of federalism has been abysmal.

For example, Medicaid should be block granted to the states.  This would unleash the laboratories of freedom, the fifty states, to develop better ways of delivering superior customer services and healthier outcomes.  Some states may get it wrong but some may get it right.  The states that get it wrong could replicate the policies of the state(s) that improved services and cut costs.  Conversely, the effects of poor planning in the states that got it wrong would not infect the other states.  Or simply, states could enact programs more in keeping with the values of its citizens.

Moreover, federalism allows people to vote with their feet.  If we rely on a one size fits all system coming out of Washington and it’s bad policy, then it’s bad for the entire country and you can’t simply avoid this bad policy by moving to another state.

In addition, the incentives of grant-in-aid programs, which were substantially increased in the 1960’s under president Lyndon B. Johnson who called it “creative federalism,” create perverse incentives.  For example, if a state spends one dollar on a program, the Federal taxpayers may contribute two to three dollars.  So instead of innovating or creating efficiency, states are incentivized to design elaborate schemes to waste taxpayer money so as to collect more federal tax dollars.  And, even if states wanted to be efficient and innovative, sometimes it’s virtually impossible as the federal dollars come with a tangled mess of rules and regulations effectively placing the states in a regulatory straight jacket.

In fact, there are over sixteen million state bureaucrats whose sole function it is to ensure compliance with all the federal red tape and they have thousands of trade associations whose job it is to maintain the status quo.

Welfare reform used to be a grant-in-aid program.  It was a huge success precisely because it was converted to a fixed block grant which allowed states to experiment and design more effective policies. We should convert most of the worthy block-in-aid programs that shouldn’t be terminated to block grants and engage the laboratories of democracy.  Another benefit would be that federal politicians have less government on their plate and can focus more on more important national concerns.  Grant-in-aid programs reduce accountability, as when every government is responsible, no government is responsible.  Government should be like a tidy layered cake: federal, state and local.  Instead, grant-in-aid programs give us a jumbled marble cake with the tentacles of the federal government in every aspect of our lives.

The main problem with the move away from federalism and toward central planning by Washington is that government is far and away too large for 535 elected federal representatives to oversee and thus the constant headlines of fraud, waste and abuse is rampant.  Also, because government is so large, the law making body of our government, the Legislative branch, has delegated much of its rule-making to unelected bureaucrats in the numerous administrative agencies, which fall under the executive branch thus violating the checks and balances our Founders envisioned.

A return to Federalism would not only save money but also would allow the federal government to do the few things it should do much more efficiently and effectively with much fewer tax dollars.