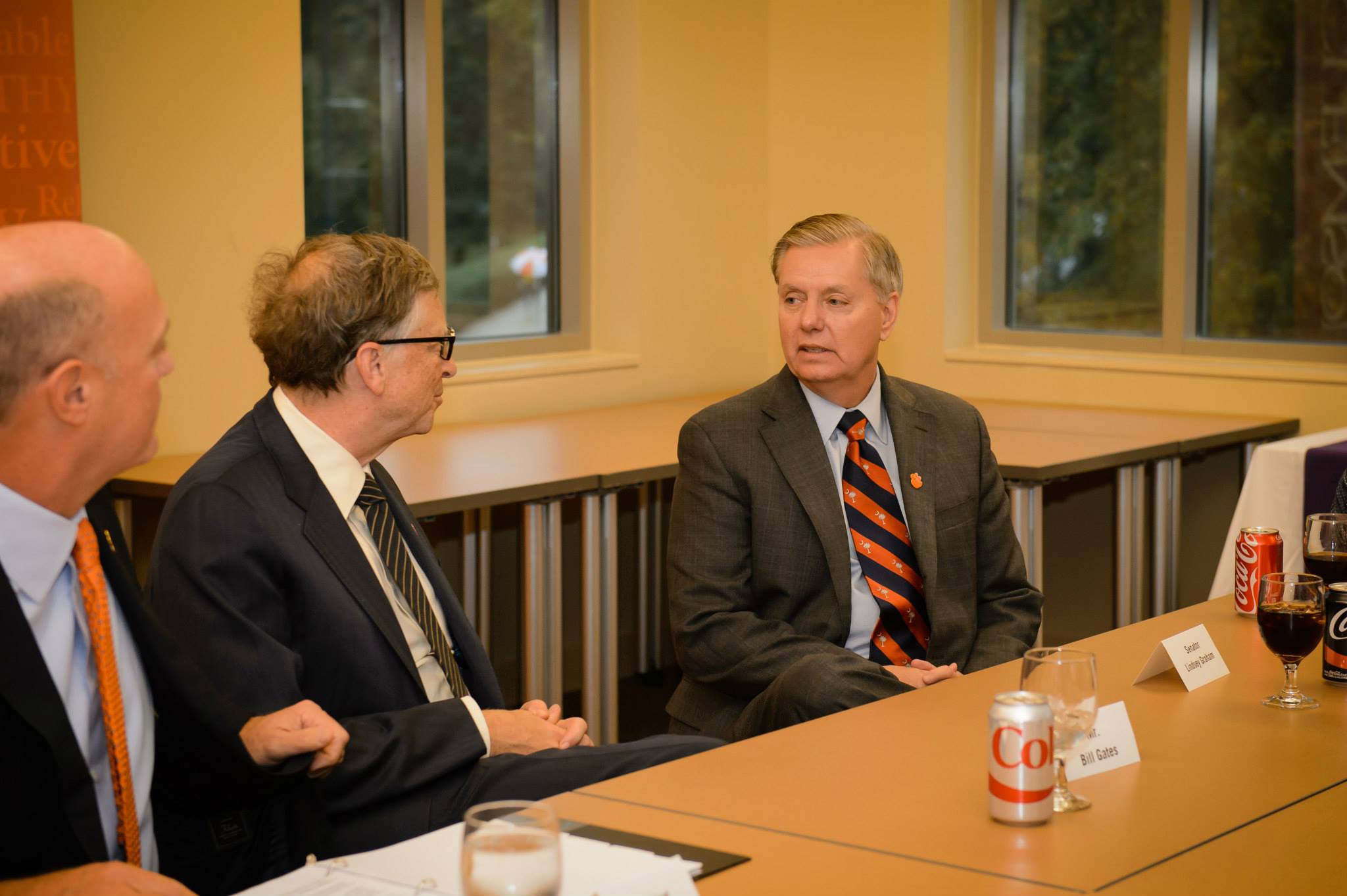 Why was Graham in need of support from these enviro-radical financiers?  Well, at the time he was the only Republican member of the U.S. Congress supporting former president Barack Obama‘s proposed “cap and trade” energy tax.

The “conservative” ads were intended prop him up back home … with the hopes no one would ever be the wiser as to who was subsidizing the effort.

Incidentally, one of these pro-Graham ads starred S.C. Senator John Courson – who was recently indicted for allegedly taking kickbacks from his (and Graham’s) political consultant, Richard Quinn.

Quinn was the rumored mastermind of the ads, by the way …

Anyway, ever since we broke that scandal we’ve known Graham could not be trusted on energy issues … and he’s once again proving us right.

“I’m going to vote to expand (our) ability to find oil and gas in our country so we don’t have to buy from people who hate our guts,” Graham told a crowded town hall in Clemson, S.C. earlier this month.

Wait … that sounds good, right?  Sure … were it the truth.

Unfortunately, Graham’s pronouncements to the citizens in his home state are not at all in alignment with his actions in Washington, D.C.

According to reporters Timothy Cama and Devin Henry of The Hill, Graham is one of only a handful of Republican Senators currently opposing GOP efforts to scrap various anti-energy regulations imposed during the Obama administration.

Specifically, Graham told these reporters he won’t vote to reverse a controversial U.S. Department of the Interior regulation – one that effectively prohibits oil and gas exploration on federal lands.

Hold up … didn’t Graham just say less than three weeks ago that he was going to “vote to expand (our) ability to find oil and gas in our country?”

Yes.  Apparently he was lying, though (or maybe this is just a variation of his infamous 4 + 2 strategy).

Of interest?  Graham is the only member of the South Carolina GOP congressional delegation currently opposing this regulatory rollback.  That’s right.  Every other Palmetto State Republican in Washington, D.C. – even increasingly left-leaning environmentalist GOP congressman Mark Sanford – is on board with gutting this regulation.  In fact U.S. Senator Tim Scott is among the lead sponsors of the Senate bill repealing this Obama-era prohibition.

That’s a good question … although it would certainly seem as though he’s back in the back pocket of the eco-radicals who bailed him out back in 2009.

This is a critical issue, people.  As was discovered earlier this month on the north slope in Alaska, our nation has tremendous untapped domestic energy resources – and the only thing the federal government has to do in order for consumers to start benefiting from these resources is to simply get the hell out of the way.

That makes sense from an economic perspective … and a national security perspective (i.e. the very argument Graham made at his recent town hall meeting).

Furthermore, if Republicans in Congress are actually serious about repealing something (which has proven problematic in other areas), we need to support them in those efforts – and call out the liberal GOP lawmakers who are standing in the way.