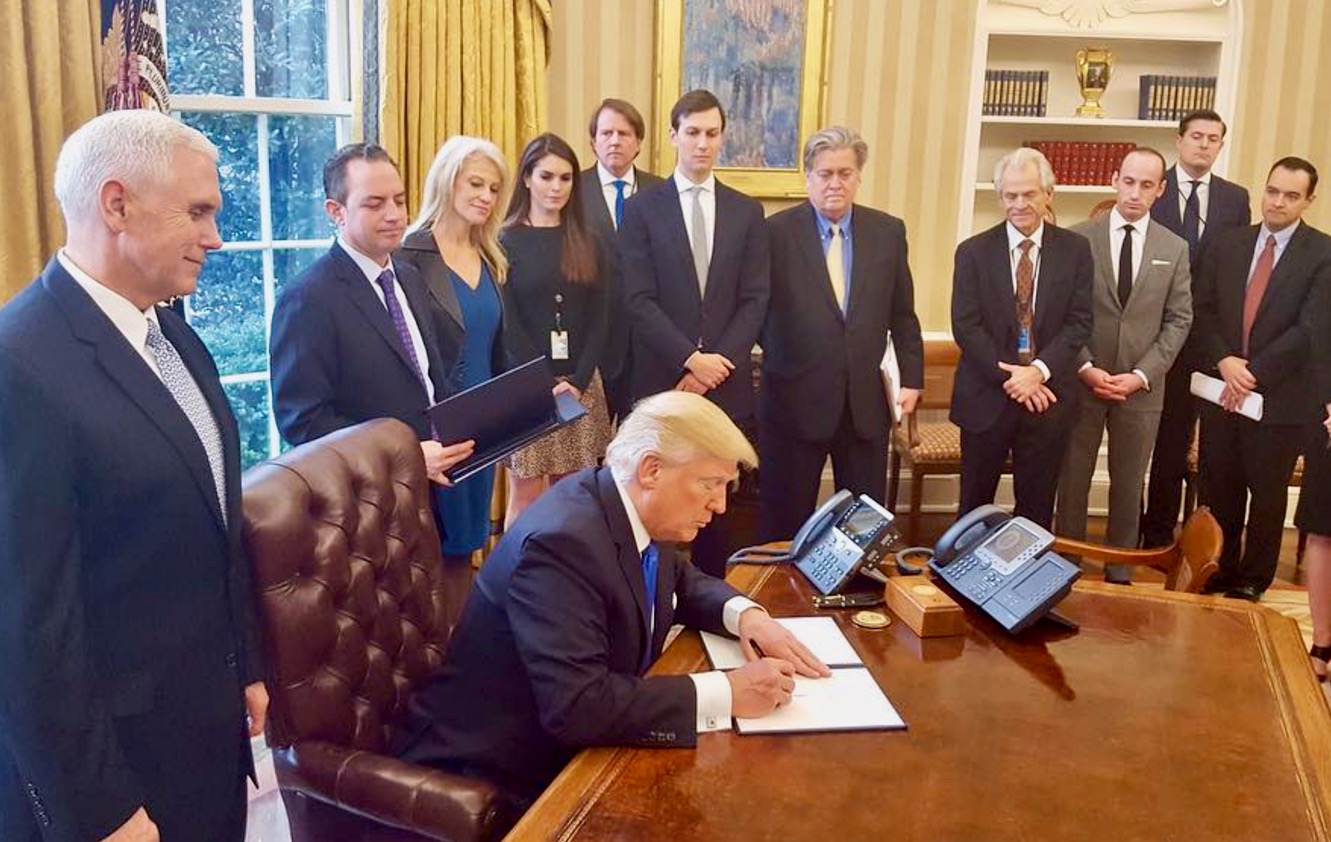 U.S. president Donald Trump continued to take a sledgehammer to the failed policies of his predecessor on Tuesday, signing a pair of executive orders that will open the door to major investments in America’s energy infrastructure.

Specifically, Trump revived a pair of pipeline projects that had bogged down under former U.S. president Barack Obama.

Trump’s first pipeline order invited Transcanada – the company behind the Keystone XL pipeline – to “promptly re-submit its application to the Department of State for a Presidential permit for the construction and operation” of its pipeline.

Transcanada submitted its application in 2008, but Obama and his congressional allies repeatedly blocked the project.

“We simply don’t see any reason why the jobs associated with its construction and operation should go elsewhere,” we noted in January of 2015.

Unfortunately, Obama felt differently – as did Democrats in the U.S. Senate.

Obama’s second pipeline order addressed the Dakota Access pipeline, a $3.8 billion, 1,172-mile pipeline that would run from North and South Dakota to Illinois.  That project – which is more than ninety percent complete – could support as many as 80,000 U.S. jobs.

We support the completion of that project as well …

Trump vowed during his campaign to green light both projects – which he has now done.  More importantly, he has signaled his administration’s willingness to fully engage the economic potential of America’s untapped energy infrastructure – which in addition to creating jobs and investment could dramatically reduce our nation’s dependence on foreign energy sources as well as consumer energy costs.