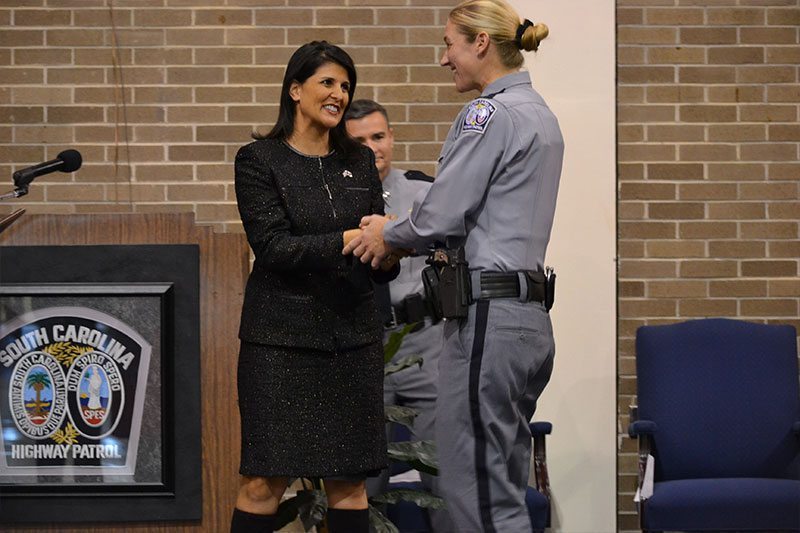 AGENCY UNDER FIRE FOR “RECRUITMENT” EFFORT

|| By FITSNEWS || A decision to give raises to entry-level S.C. Highway Patrol (SCHP) troopers has caused controversy within the department, within the broader law enforcement community and within the S.C. General Assembly.

Specifically, the raises were approved by the S.C. Department of Public Safety (SCDPS) without budgetary authority from state lawmakers.  They also applied only to new troopers – not veterans or recent hires.

That’s creating considerable discord at a time when the agency is already in turmoil.

“It’s a slap in the face to veteran troopers,” one law enforcement source told FITS. “And a kick in the gut to recent hires.”

“The press release (from the agency) is deceiving,” Pitts told us. “It would lead one to believe that all troopers got raises and that’s not true.”

Pitts is correct.  The raises – described by the agency as a “recruitment” tool – apply to first-year troopers only.  Under the new pay scale, entry-level salaries would climb from $31,154 to $37,069 (not counting benefits).  That’s an 18.9 percent hike.  Meanwhile new troopers with at least three years prior experience in law enforcement would see their salaries jump from $37,695 to $40,775 (an 8.2 percent increase).

Pitts has long advocated for more money for troopers – but he believes those raises should be incorporated into the state budget, not unilaterally authorized by SCDPS director Leroy Smith and governor Nikki Haley.

That’s why the S.C. General Assembly approved $300,000 last year to study state salaries – including those awarded to troopers.

“It was ill-advised for several reasons. It’s going to create animosity within the department – which is already struggling under a rogue director,” Pitts said. “It’s also going to create animosity with the other three class one law enforcement agencies because they think the raises were built into the budget for SCDPS – which is not true, either.”

“I’m not saying law enforcement doesn’t deserve raises – I’ve been fighting for raises for them for years,” Pitts added.  “But we have to be on the same team here.”

To be clear: Like Pitts, we support pay raises for troopers.  All troopers.  In fact, we support raises well above the amounts discussed in this column.

Why?  Because law enforcement – unlike the majority of itemized appropriations contained in the $26 billion state budget – is a core function of government.  It should be funded accordingly.

In fact we not only support huge raises for troopers, we support equipping them with the very latest in vehicles, weaponry and – yes – body cameras.