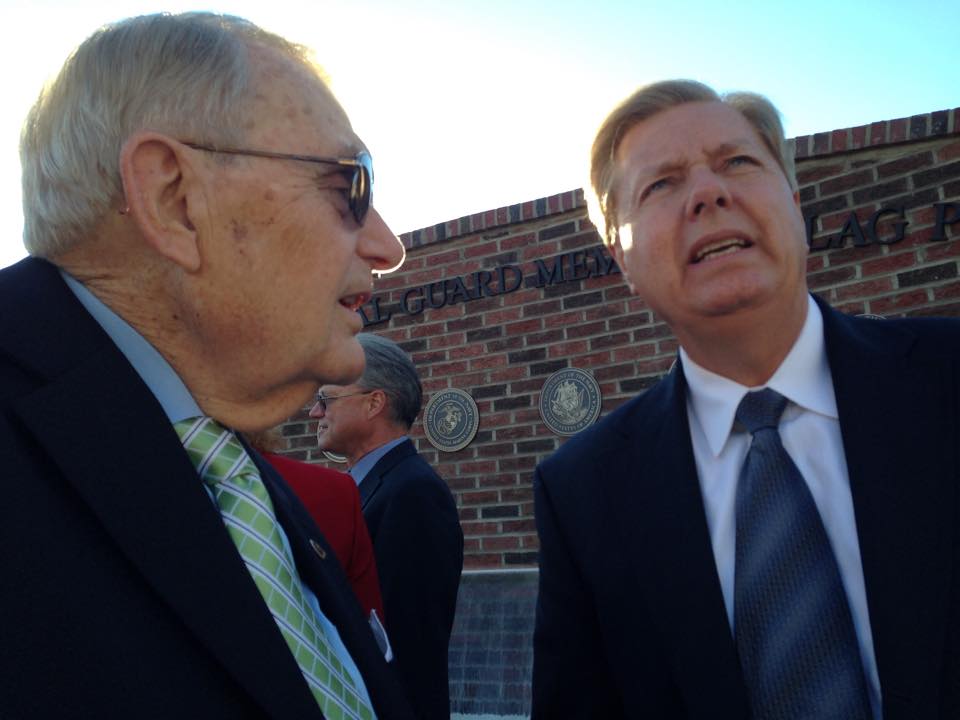 This website surprised some people earlier this month when we praised U.S. Senator Lindsey Graham for supporting the nomination of Jeff Sessions as the next attorney general of the United States.

Graham is one of our least favorite elected officials – as we’ve made clear repeatedly in the past – but when he does right we believe he should receive the credit he deserves.

This week Graham impressed us once again … resisting the siren call of his fellow warmongering U.S. Senator John McCain and voting to confirm the nomination of former U.S. Rep. Mick Mulvaney as the next director of the White House Office of Management and Budget (OMB).

McCain’s decision to oppose Mulvaney seriously imperiled his nomination.  Had just two more GOP Senators joined him, Mulvaney’s confirmation would have been sunk.

And trust us, that was a body blow the administration of Donald Trump simply could not afford to absorb at the moment …

But Graham didn’t cave.  Not only that, sources close to Mulvaney tell us the liberal GOP Senator was actually tremendously helpful throughout his confirmation fight.

Obviously this website has run hot and cold with Mulvaney in the past, but in breaking the news of his appointment several months ago we noted “there’s no denying his qualifications for a post like this.”

And that’s what Senate confirmations are supposed to be all about: Qualifications.

Unfortunately, McCain chose to overlook Mulvaney’s qualifications and join a bunch of obstructionist Democrats in attacking him for purely political purposes.

Graham – who usually follows McCain the same way Scrappy followed Scooby Doo – correctly refrained from doing so in this case.  Good for him.  These were gut check votes.  And Graham in both cases showed guts.  Graham’s advocacy on behalf of Sessions and Mulvaney obviously doesn’t make up for his lengthy legacy of liberal “Republicanism,” but we’re going to give credit where credit is due … again.