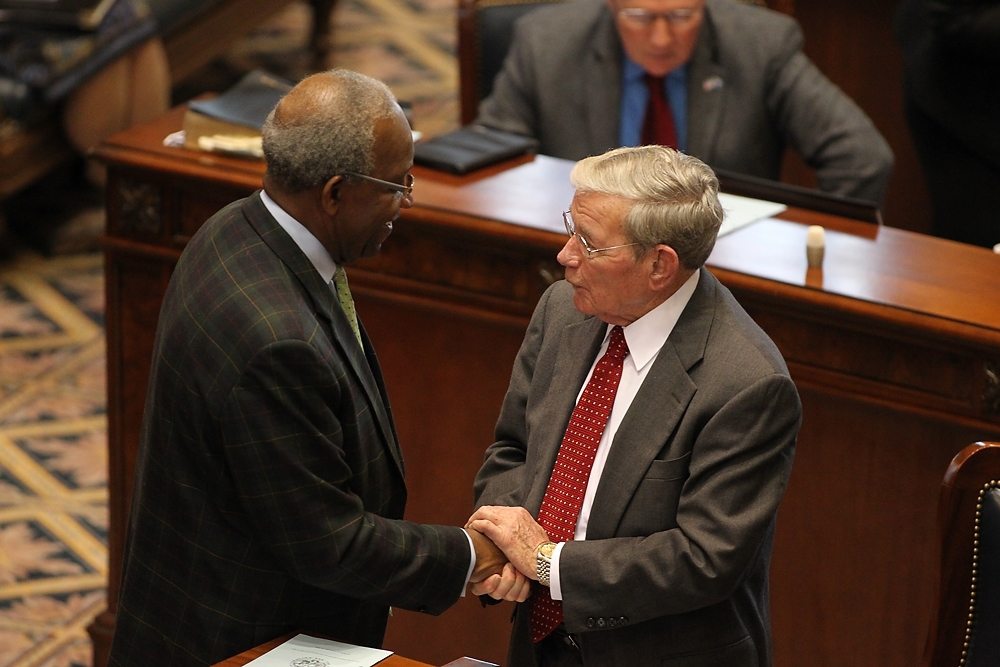 We were trying to take it “one scandal at a time” when it comes to powerful S.C. Senate president Hugh Leatherman.

Days ago, we exposed a massive dark money conspiracy allegedly hatched inside Leatherman’s powerful South Carolina Senate office.  According to our sources, the diminutive liberal leader attempted to shake down several of the state’s top crony capitalists for anywhere between $750,000 and $1 million – all to fund a campaign to raise the state’s gasoline tax.  A campaign run by Leatherman’s consultants.

A few days later, several of Leatherman’s colleagues started asking questions about the legality of this confab – which is ironic considering Leatherman recently filed legislation aimed at shutting down small dollar political speech funded by the same so-called “dark money.”

As the “dark money” scandal simmers, we’ve been turned on to another situation involving Leatherman – one that could potentially be far more problematic for the 85-year-old “Godfather of Pork.”

According to multiple sources familiar with the recently-concluded legislative election for the S.C. Supreme Court, Leatherman allegedly leveraged his influence over that race to secure his own reelection as Senate president following the Palmetto State’s most recent round of musical chairs in the executive branch.

“There was a deal cut with Senate Democrats,” one state lawmaker familiar with this alleged quid pro quo told us.  “They agreed to vote for (Leatherman) as (Senate) president and he agreed to take his own judge out of the race – with their help.” 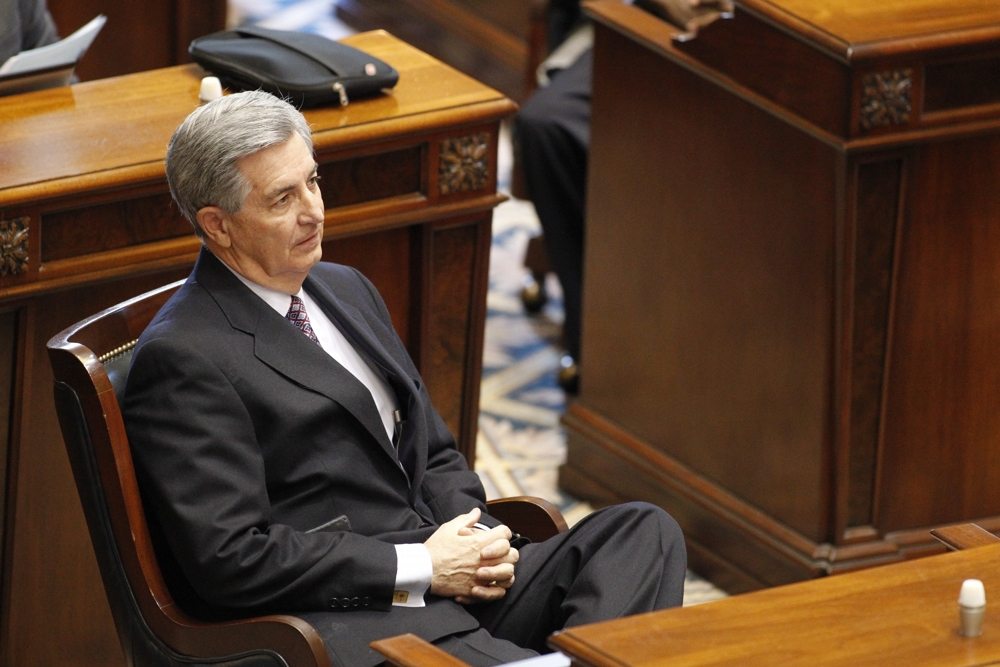 S.C. chief administrative law judge Ralph King “Tripp” Anderson was Leatherman’s first choice for this open seat – but his candidacy started taking on water when this website filed an exclusive report about him allegedly using a lobbyist (one hired with government funds) to advance his Supreme Court candidacy.

That wasn’t what wound up sinking Anderson’s candidacy, though … it was another report we broke about him showing up uninvited at a S.C. Senate Democratic Caucus event last fall (the evening of Thursday, November 17 to be precise).  Two weeks after our original report ran, we published an update in which Anderson’s supporters alleged that the judge was “set-up” at this Democratic event by Antjuan Seawright, an aide to S.C. Senator Darrell Jackson.

“He had been trying to get a meeting with Darrell Jackson for some time on another matter and got a call from his aide that said he was ready to sit down,” one of Anderson’s legislative allies told us at the time.  “The judge asked where he was supposed to meet him and the aide asked him to come to the caucus event.”

“They set him up,” the lawmaker concluded.

Anderson supporters have since told us that the veteran judge – who was also a candidate for the S.C. Supreme Court in 2015 – clearly knew better than to appear uninvited at such an event.

“Everybody knows he knows better than that,” one said.

Of interest?  This alleged “set-up” took place scarcely twenty-four hours after it became clear that then-S.C. governor Nikki Haley was being seriously considered for an appointment in the administration of incoming president Donald Trump.  In fact sources close to Trump’s South Carolina operation tell us Leatherman reached out to them personally to confirm the early speculation surrounding Haley – and was told by a well-placed Trump source that she would indeed be receiving a high-profile post in the new administration.

Which of course she did … (for whatever that’s worth). 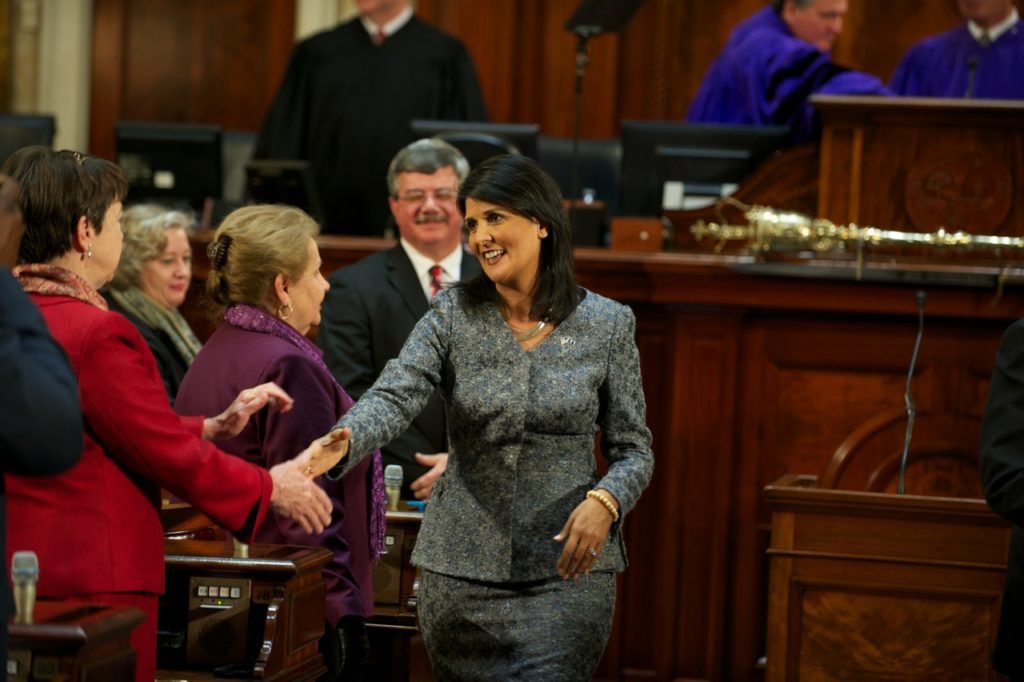 At this point, we’re told, wheels were set in motion.  Armed with this knowledge, Leatherman is said to have begun conspiring with Democrats to sabotage Anderson’s candidacy – which was the quid.  The quo?  He would receive their votes in his bid to retain his powerful leadership position once it came time for Haley to resign her seat and take her new job with Trump.

Haley’s resignation immediately elevated then-lieutenant governor Henry McMaster to the office of governor.  According to the state constitution – which was specifically clarified in regards to this particular matter – Leatherman was supposed to follow McMaster into the lieutenant governor’s office.

He never had any intention of doing that, though.  Leatherman resigned his influential leadership post just hours before Haley resigned and handed over her powers (such as they are in this legislatively-dominated state) to McMaster.

Why did he do that?  Because no matter what the constitution required of him, Leatherman wasn’t about to give up his powerful legislative position for the political impotence of the lieutenant governor’s office.

As we’ve repeated noted, lieutenant governors in South Carolina are part-time officials.  They technically preside over the State Senate, but they have no real power over the direction or agenda of the chamber – or over anything in state government, really.  They are ceremonial officeholders – possessing influence only in the event of the death, resignation or removal from office of the governor.

That’s why the last Senate leader similarly evaded his constitutional responsibility back in 2014 – when the lieutenant governor’s office also became vacant.  In fact this was how Leatherman was able to scoop up the presidency of the Senate in the first place – the former president, S.C. Senator John Courson (below), didn’t have the votes to keep his office after he gave it up in order to avoid becoming lieutenant governor. 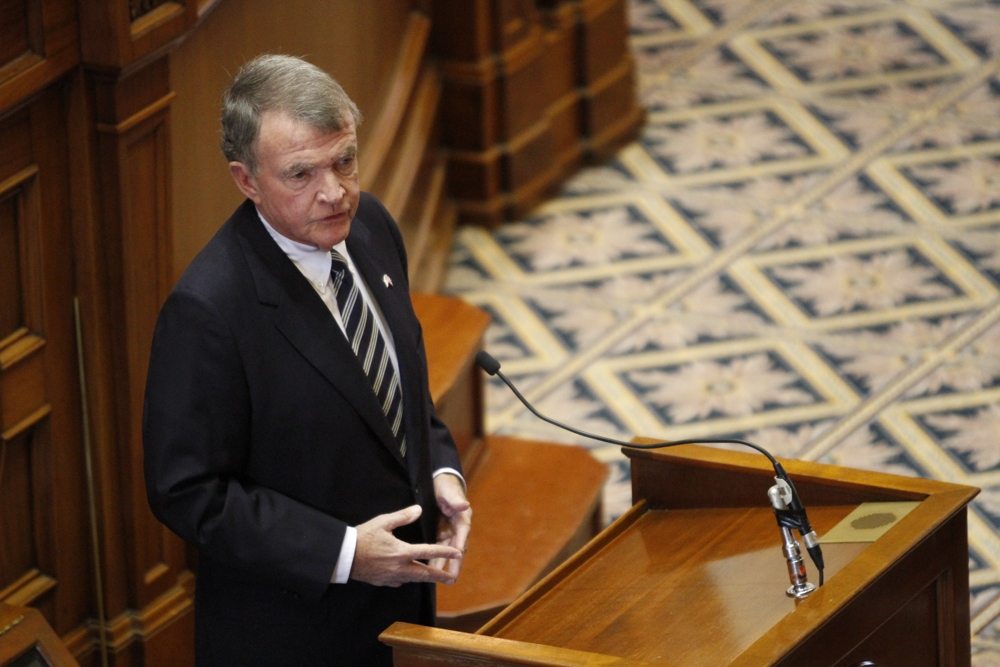 Apparently Leatherman wasn’t about to have the same cards played against him – so he allegedly bartered away his top candidate for the Supreme Court so that Democrats could get their candidate of choice, Lowcountry, S.C. circuit court judge Diane Goodstein, elected to the high court.

Did it work?  For Leatherman, yes.  Every single Democrat in the S.C. Senate voted for him to be reelected to his leadership post – enabling him to withstand a credible challenge from former Senate majority leader Harvey Peeler.

Five days after his victory, though, the “quo” part of this alleged corrupt bargain collapsed.  Acknowledging she had no path to victory, Goodstein withdrew her name as a candidate for the vacant Supreme Court seat – leaving it to fellow S.C. circuit court judge George C. “Buck” James of Sumter, S.C.

We penned a column last week seeking to explain how Goodstein – whom most State House observers believed had the inside track on this seat – wound up losing it down the homestretch.

“Jay Lucas locked down on the fact that the court was currently ideologically split and he wasn’t going to let it tilt left,” one ranking Republican in the S.C. House told us.  “He quietly locked that race down in the first twenty-four hours.”

Locked it down tight, apparently.

“I don’t think there were any Republican defections from James in the House other than the Lowcountry (Republicans), the lawmaker said.  “And not many of them.”

Meanwhile in the Senate, Massey (above) rallied several of the chamber’s more fiscally-conservative Republicans to James’ side – delivering the margin that would ultimately put the race out of reach for Goodstein.

“Shane did a very good job of recognizing the importance of this election,” the lawmaker told us.  “He got his crew of Senate (Republicans) in line. The whole race was on cruise control after the first twenty-four hours.  When the Senate had their caucus meeting after they returned from (a late January) break, it was over.”

In fact as we noted in our column on Goodstein’s defeat, several conservative GOP lawmakers are rumored to have struck a bargain with their “moderate” counterparts last year – agreeing to allow liberal former Democratic lawmaker Donald Beatty to become the court’s next chief justice in exchange for getting a “conservative” on the bench this go-round.

If Leatherman knew the writing was on the wall for Goodstein early on in the process, he doesn’t appear to have shared that knowledge with Senate Democrats – at least not until they’d fulfilled their end of the rumored bargain by voting in a bloc to reelect him as Senate president.

“If we’re being fair to Leatherman, though, the deal was never ‘she gets the seat’ it was ‘my guy gets out of the race,'” one Senate staffer familiar with the details of these alleged backroom machinations told us. “That may have been what everybody expected was going to happen at the time, but there was never a promise for (Goodstein) to get the seat because that wasn’t something Leatherman was in a position to offer.  He never promised them she would win he just made sure his guy didn’t win.”

Either way, though, Leatherman certainly appears to have leveraged his influence over this Supreme Court race to preserve his seat of power in the S.C. Senate, which would be sadly representative of the sort of shady deals routinely cut by legislative leaders in connection with these races.

It would also seem to us to be a matter for investigation by S.C. first circuit solicitor David Pascoe – who is conducting an ongoing probe of public corruption at the S.C. State House.

As we’ve stated repeatedly, lawmakers have proven time and again they cannot be trusted to discharge this responsibility honorably.  From the selection of judicial candidates by a legislatively-controlled committee to the actual legislative voting – the entire process is rigged and must be replaced.  Well, assuming the state’s judicial branch is to be independent and uncorrupted by such unethical horse-trading.

Will that happen?  We doubt it.  Just as we doubt anyone will ever hold (or even attempt to hold) Leatherman accountable.  For anything.