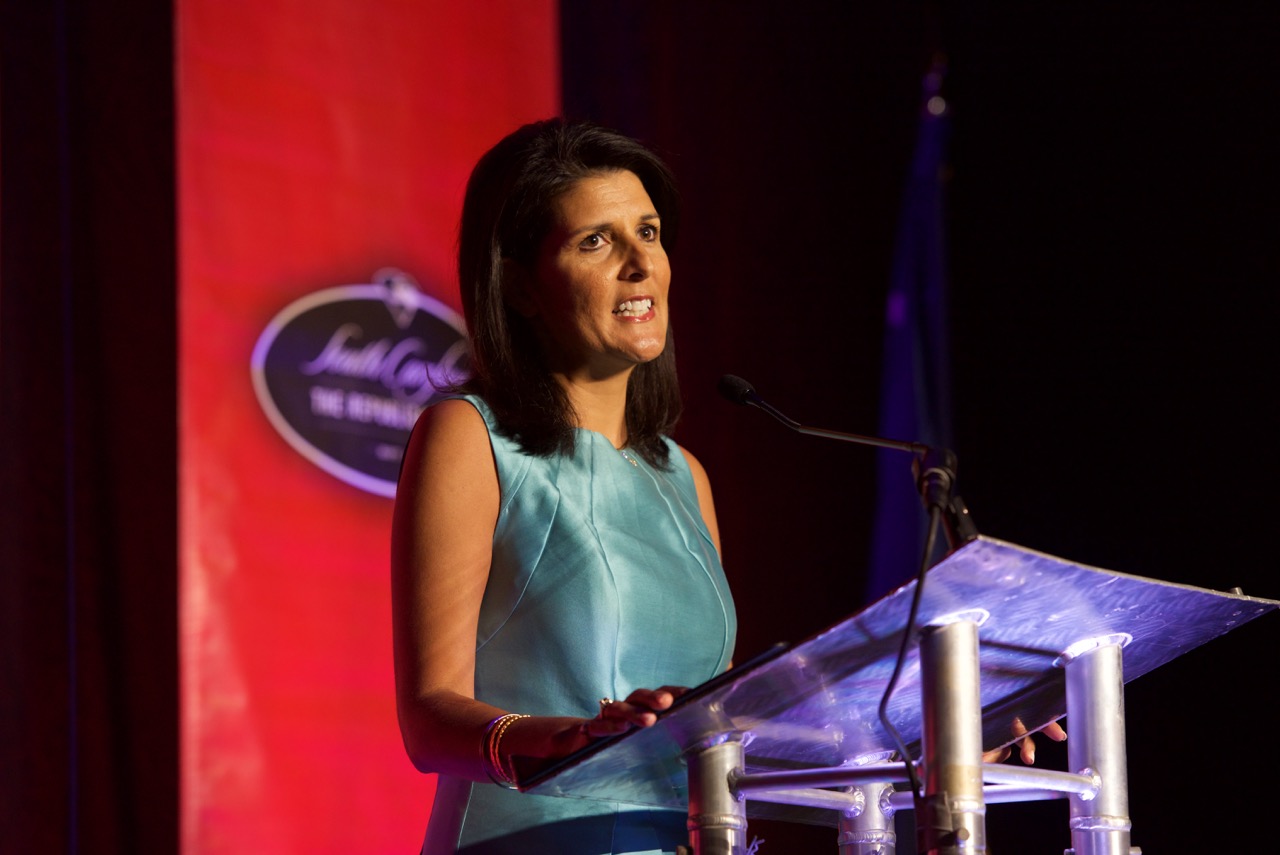 COLUMBIA – The South Carolina Club for Growth is praising the United States Senate confirmation of Governor Nikki Haley as US Ambassador.

The South Carolina Club for Growth has a rich history of backing reformed minded candidates in early political bids who later find the national spotlight. “Governor Nikki Haley, Senator Tim Scott, Congressman Jeff Duncan, and Congressman Mick Mulvaney are among the Club-backed individuals now on the frontlines of defending economic freedom and promoting limited government in Washington and around the world”, said the Club’s Executive Director R.J. May III. “We are proud of Governor Haley and grateful for her service.”

Haley first caught the eye of the politically conservative organization as a member of the South Carolina House of Representatives. In 2010, Haley earned the Club’s endorsement, which helped propel her to victory, during her longshot bid for Governor in a four-way republican primary.

Tuesday night’s confirmation of Haley also caused a chain reaction at the State House – Haley resigned as governor, Henry McMaster ascended to the office, and Senate Pro Temp Hugh Leatherman resigned as Senate President to avoid becoming Lieutenant Governor. It is widely expected that Senator Kevin Bryant will temporarily assume the office of Senate President on Wednesday and be elevated to Lieutenant Governor shortly thereafter. Leatherman is expected to attempt to regain the position of Senate leader upon Bryant’s ascension but not without a battle. Senator Harvey Peeler of Cherokee says he’ll challenge Leatherman.

“Leatherman is putting his own political agenda ahead of his Constitutional duties,” said May. “Leatherman’s decision to resign as Senate President in order to sidestep one of the main obligations of that office is proof enough that his only concern is his grip on power. He cares little about the Constitution and his actions personify the worst of politics as usual. The South Carolina Club for Growth Foundation will score the vote for Senate President and we urge all Senators to vote NO to Leatherman.”