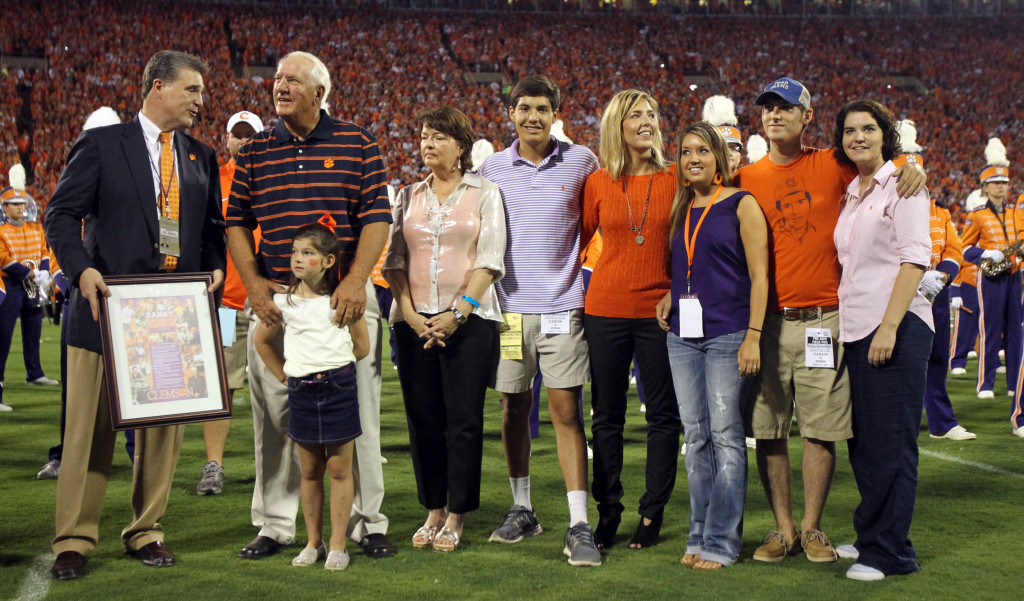 Earlier this week we did a post on likely candidates for S.C. Senate District 3 (map) – a seat which is expected to become vacant this week when its current occupant, S.C. Senator Kevin Bryant, ascends to the office of lieutenant governor of South Carolina.

Both Cash and Burdette have sought political office previously.  In fact Burdette campaigned for this very seat, nearly knocking off Bryant in last spring’s GOP primary.

Could another candidate enter the race, though?  One with some serious star power?

According to our sources, that’s a very real possibility.  Specifically, we’ve heard multiple reports that former Clemson University head football coach Danny Ford is contemplating a bid for the seat.

Ford led Clemson’s football program from 1979-1990 – during which time his teams compiled an impressive 96-29-4 record (making them one of the dominant college programs of the 1980s).  That run of success included five Atlantic Coast Conference championships and one national title in 1981.

Obviously Ford’s program ran into trouble with the NCAA following its championship season – and again in 1990.  Ford was ultimately cleared of any wrongdoing, though, and went on to coach for another five years at the University of Arkansas (winning an SEC West division title in 1995).

Ford, 68, is a native of Gadsden, Alabama.  He and his wife, Deborah, have four children, Jennifer, Ashleigh, Elizabeth, and Lee.  They currently reside in the Clemson area.

According to our sources, Ford would run as a Republican in the event he decided to seek elected office – although it is not clear what his ideological moorings might be.

Assuming Bryant becomes lieutenant governor this week, filing for his seat would open at noon on February 10 and run through noon on February 21.  Primary elections would be held on April 11 with runoff elections (if necessary) scheduled for April 25.  The special election itself would take place on May 30.